Having a removable battery, your Samsung Galaxy S5 (#Samsung #GalaxyS5) is actually a lot easier to troubleshoot when it comes to power-related issues. For instance, when the system crashes leaving the unit unresponsive, you can simply pull the battery out, place it back in and it should boot up normally. 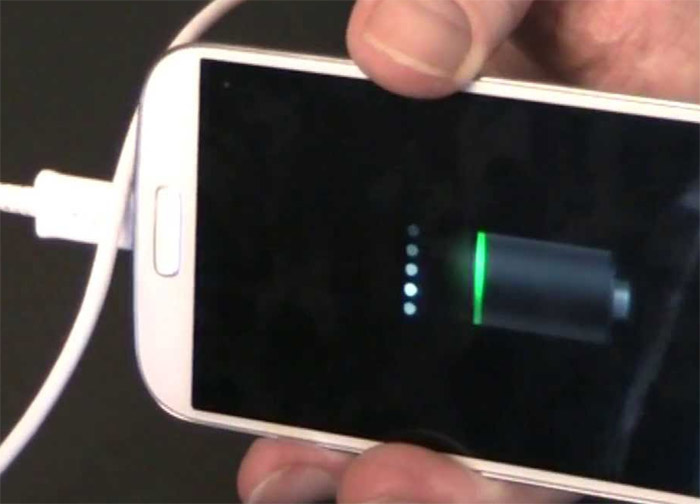 For more serious issues like damaged battery and charger, both are user-replaceable. So, you don’t need to go to a technician for it.

We want to help you fix problems with your phone. So, if you’re experiencing some kind of power issues with it, here are some tips you may find useful:

Tip 1: Always begin your troubleshooting with battery pull – if the device become unresponsive whether it’s on or off, just pull the battery out, press and hold the Power key for 30 seconds, replace the battery and turn it on.

Tip 3: Check the LED and the screen – you need to check for charging signs. Just because you plugged it in doesn’t mean it charges. Check the LED light; regardless whether it’s the red light or the green light as long as it’s lit, the phone is fine. Of if the screen displays the usual charging icon, there’s a big chance it will boot up just fine.

Tip 4: Try booting in safe and recovery modes – if the phone didn’t respond to battery pull, didn’t charge, LED isn’t lit and charging sign not showing on the screen, attempt to boot the phone in safe mode first. If that failed either, try booting it in recovery mode.

Tip 5: Time to seek help from a technician – to make things easier on your part, if all else fails, send the phone in for repair.

I hope that these tips can help you. If you have other problems and need further assistance, fill up this form and hit submit to contact us. Please provide sufficient information about the problem so it would be easier for us to help you. Or, you can visit our troubleshooting page and find issues that are similar to yours and use the existing solutions.

Galaxy S5 keeps turning itself off and on again, can’t get past the logo

Problem: My phone just keeps continually rebooting to the black Samsung screen. It won’t go further than the colour Samsung logo before it reboots. I have followed your instructions to enter safe mode but that’s not working, it won’t load into safe mode. It was fine until an hour ago. I removed the battery and made sure the phone is not hot, but that hasn’t helped either. I’m not sure what else to do with it. Any suggestions gratefully received. Thanks.

Related Problem: Phone won’t load up past ‘Samsung Galaxy’. It turns itself back off and does the same thing over and over. I have read over all your solutions to other people and it still doesn’t seem to work .. But I have noticed that when my phone is constantly restarting and won’t go past start up screen I put it on charge and after 5 minutes it came on! My texts alerts were coming through but my screen was black. Please hope you can help.

Troubleshooting: If the problem occurred without apparent reason–no updates, no crashes whatsoever–then it must be the Power button. More often, it’s stuck or in some worse cases damaged. You can verify further by pulling out the battery and putting it back in. If the phone turns itself on without you pressing the Power key, then our suspicion is confirmed.

Press the button multiple times to see if it fixes it. For stuck power button, there’s a big chance it can be fixed without any help from a technician. However, if it was damaged, then it needs to be replaced and this is one of those things you just can’t do by yourself.

Problem: Hi there! I have a new S5, it was working out properly at first, then all of a sudden whenever I charged it overnight, its not charging completely and it shuts down. I tried unplugging the charger and open the phone but it doesn’t work. Then I plug in back the charger but it keeps on flashing the empty battery on the screen. I did a soft reset on my phone, then finally it went back on, but it was half charged. This incident doesn’t happen every time I charged but it still happens from time to time. Any suggestions on how this will stop? Thanks a lot!

Troubleshooting: Does the phone charge fine when you hold the charger or the cable at a certain angle? It seems like it’s a loose connection in the USB or utility port. So check on that first.

Now, about the phone draining the battery while charging, it looks like there’s a lot of things running in the background that eat up the battery quicker than the charger could push. Have you tried booting it in safe mode while charging? Does it charge at a normal pace if you turned the phone off? These are the things you need to verify yourself.

These are, however, the possibilities: damaged charger, loose USB port, USB cable has some kind of breakage, too many apps and services running in the background. I think you should consider doing the master reset.

Galaxy S5 still not booting up, can’t get out of boot loop even after the reset

Problem: After the upgrade to lollipop from KitKat I started having problems with my S5. Ring tones and message notifications would no longer work. I went through apps to verify that they  didn’t just need to be reset. Then the  phone just started to randomly reboot.  About 4 weeks later it crashed completely and ended up sick in a boot loop cycle and would not boot up. I ended up resetting the phone and clearing the cache through the program menu but nothing worked. I sent it to Samsung’s warranty center and they are now saying the phone was rooted so they will not cover repairs. I know nothing of phone rooting. I am looking for info on how this could have happened and if it was possible a faulty install of lollipop could have been to blame. They want me to pay 450 for a new mother board.

Suggestion: First of all, you need to understand Samsung’s techs are committed to bring in more revenue. So, instead of doing that “economical repair” they would suggest buying a new device or a component that’s almost as expensive as the main unit itself, although, there’s still a chance that it really is an issue with the motherboard.

I suggest you find a technician (or you can try it yourself) who can flash the stock firmware. If you want, you can easily do so by downloading the stock firmware and using Odin to flash it to your phone. To me, it appears that a simple firmware flash can fix this problem.

Galaxy S5 rings for 30 seconds during boot up, turns off and restarts

Problem: When I turn my phone on it rings for about 30 second and then turns off and then restarts. This week do this until I remove the battery. I tried to do reboot of the phone, when phone is off I hold power, volume up and home button until it vibrates them I relate the power button then I when the Samsung screen appears I release the other two buttons and tap volume low a few times until the screen for downloading the OS comes up. I tried inhaling that but it just did on the downloading screen and does nothing.. I have tried everything I can think of, different battery, left battery out for several days and nothing works. If I could get the phone to stay on I could do a factory reset. Any ideas?

Troubleshooting: I don’t really know what happened to your phone but it seems like it’s a serious firmware issue. I suggest you do the master reset right away:

Problem: Camera was on and laying on a table. I pressed to take a photo by mistake. It flashed, then the phone went dead. I was charging it at the time with a portable charging device. When connected to a mains charger, still nothing it doesn’t even display charging status. It doesn’t come on, I have tried removing battery & SD card and pressing power button for at least a minute. Still nothing. I have tried connecting it to a laptop but the laptop doesn’t see it. Not sure of software version. Got phone in Nov 14. How can I recover the phone or do I have to take it to a dealer?

Troubleshooting: Put everything back together and leave the phone plugged in for 10 minutes. Try to see if it warms up or not. If it does, it must be a hardware problem. If it doesn’t, then there’s a chance the issues is with the USB port.

Since it’s clearly a hardware problem, you need a technician to do further troubleshooting.