Is Steam not detecting a connected PS4 controller on your PC? If you’re having an issue with your PS4 DualShock 4 controller, be it wired or wireless, this article will explain to you the solutions that you can try to fix it.

What are the reasons why Steam is not detecting your PS4 controller?

If Steam client is not detecting your PS4 controller, one of the items below must be the reason for it. Most of the time, the cause is minor and easily fixable by restarting the Steam client, or disconnecting the controller.

There can be other times though that the main reason is something deeper, like when it’s due to Windows-related glitch, or a hardware malfunction.

By far, this has been the most common reason why many players may find that their PS4 controller does not seem to work in their Steam game. If Steam is not detecting your PS4 controller, the first thing that you must do is to ensure that the controller is set up properly.

Read: Learn how to use a PS4 controller on Steam

If you are using Windows 10 Operating System, make sure that you have the latest drivers installed to avoid encountering issues when your PS4 controller is connected. By default, Windows 10 is designed to support the Xbox controller only. If you want to play non-Steam games using a PS4 controller, the exact steps to make that happen is not always straightforward.

Considering checking if your PS4 controller is configured correctly for Windows 10.

Whether you are connecting the controller by a USB cable or via Bluetooth to your computer, make sure that the controller itself is working perfectly. If you are having an issue with a particular PS4 controller only, try using another one to see if it’s defective.

If you have a wireless controller, another thing to consider is the possibility that the Bluetooth dongle is not working. This obviously applies for PCs without a built-in Bluetooth adapter.

Every hardware component in your computer needs a driver in order to work properly. For example, if the USB ports are running corrupted or outdated drivers, any USB device that you connect to them such as a USB cable for your PS4 controller, or a wireless Bluetooth dongle may not work as expected.

Your computer’s overall software environment is a complex ecosystem and as such, errors may sometimes develop. This can result in some of its features or functionalities stop working. In order to lessen the chances of bugs and OS glitches, you want to ensure that Windows runs  the latest version of your drivers and software.

If your PS4 controller was previously connected to the PS4, make sure to turn the console off by unplugging its power cable.

How to fix Steam not detecting PS4 controller issue?

If you are having an issue about Steam not detecting PS4 controller, one of the solutions in this list should help.

Turn off nearby PS4 console.

Before you attempt to use a wireless PS4 controller to play Steam games, be sure to unplug your PS4 console first. Many users forget to do this simple step making them think that their PS4 controller is defective, or that their Bluetooth dongle on their PC is not working.

If you were able to connect your PS4 controller to your PC before and it worked when playing Steam games, then the cause of the problem might be a minor one. Simply close and restart the Steam application on your PC and see if that will work.

Whether having an issue with a  Steam game or not, it’s always highly recommended to keep the application updated. This is usually not an issue for those computers who are constantly connected to the internet but if you block updates intentionally, like when you prefer to play Steam games in offline mode only, be sure that you check for Steam client updates at this time.

Once you’ve made sure that Steam is now in online mode, confirm any prompts for an update. An update confirmation screen may show up if Steam needs to update at this time. If Steam is already running the latest version, then you can go ahead and check if your PS4 controller is now working again.

Check for Windows and drivers updates.

The state of your computer software or drivers may dictate how plugged in devices work. Always make sure that you keep your Windows Operating System and drivers up-to-date to avoid hiccups.

If you have a problem using your PS4 controller on your PC in general, you must perform a set of troubleshooting steps to fix it.

Also read: How To Fix PS4 Controller Not Working On PC | Windows 10

Use another USB cable.

If you prefer a wired connection but Steam is not detecting your PS4 DualShock 4 controller, it may be a fault in the cable you’re using. Try to see if that’s the case by using a different USB cable.

If you can’t still seem to make Steam recognize your PS4 controller, it may be because the PS4 controller itself is having an issue. At this point, you’ll want to check by using another PS4 controller. If you don’t have an extra wired or wireless controller, try to borrow one from a friend.

Once you have a new controller ready, set it up normally by going to big picture mode first. Then, make sure that PS4 configuration support is selected.

If you can’t try another PS4 DualShock 4 controller and you have no one to borrow another one from, consider a PS4 controller reset instead.

Your PS4 wireless controller uses Bluetooth to communicate with your PS4 console. If you want to use it to play a Steam game, you need a wireless USB dongle that plugs into one of your PC’s USB ports. And just like any Bluetooth devices, the communication between your controller and PC may be disrupted by several factors such as thick walls, metals, or glass between the devices.

At other times, other Bluetooth devices may work against your wireless set up as well. To lessen the chances of Bluetooth signal problems, make sure that you turn off other devices in range of your PC or DualShock 4 controller. 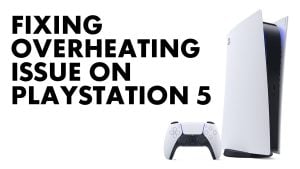