There have been reports from some owners that their Samsung Galaxy S6 won’t turn on for some reason. In fact, we did receive a few emails from our readers regarding the issue. The thing about this problem is that the cause is not apparent. There were cases wherein the problem was caused by a hardware glitch and there were also instances that the firmware triggered it. 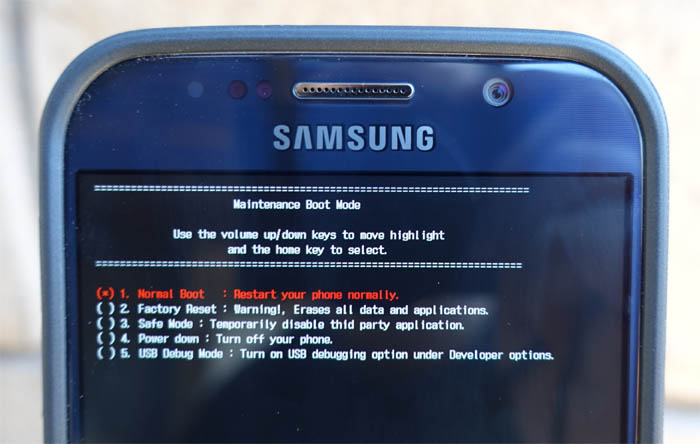 For us technicians, it is imperative that we know what the problem is so that we can provide accurate solutions. But in this post, you will be the one to troubleshoot your phone. The purpose of your troubleshooting is to know what caused the problem and whether or not you can do a thing or two to fix it or you need help from a technician.

I will guide you through proper and safe troubleshooting of this problem. By proper, I mean the troubleshooting procedure we technicians often follow, and by safe, I mean not putting your phone and your data at risk or cause further trouble than help.

However, there are always unforeseeable risks so follow the steps at your own risks. Remember, your phone won’t turn on even before you started reading this post. If you managed to make the screen light up, then that’s already an achievement.

Before we proceed, if you have other concerns, visit our Samsung Galaxy S6 Troubleshooting page as we listed all problems we already addressed in the past. Find issues that are the same or related to yours and try the solutions we provided. If they didn’t work for you, then feel free to contact us as we are always willing to help but make sure you fill up this form accurately so that it will be easier for us to help you.

Our main goal for this troubleshooting guide is to make your Galaxy S6 power up or, at least, respond when you press the Power key. Of course, let’s begin from the basic troubleshooting to more complicated procedures.

Both hardware and firmware glitches can cause lagging and freezing problems. The first thing you should do is to rule out this possibility. If it were like the Galaxy S5 and previous models, you could just pull the battery out for a few seconds and turn the phone back on. However, the Galaxy S6 doesn’t have a removable battery so when it freezes and you don’t know how to force restart it, your only shot at fixing the problem is when the battery is completely depleted. But then again, you will never know if such was the case because the device won’t respond and couldn’t show how much battery is left.

To rule out this possibility, all you need to do is to press and hold the Power key and the Volume Down button for 7 seconds or more to force restart your Galaxy S6. Repeat the process if the phone didn’t respond for the first time or until you’re satisfied you did this step correctly.

If the phone has enough battery left and was only frozen, the problem should be fixed at this point. Otherwise, you have to proceed to the next step to rule out yet another possibility.

Step 2: Allow your phone to charge

If the phone didn’t respond when you pressed and held the Power key and Volume Down button, it doesn’t mean the phone is already defective. Maybe there’s not just enough charge left in the battery to power up the components so plug it in to charge.

Assuming the battery was totally depleted, it may take a few minutes before the phone will display the usual charging icon or light up the LED indicator. Allow it to charge for, at least, 15 minutes.

Aside from the obvious reason to charge the phone, this step will also tell you if the phone responds to an active charging unit. After 15 minutes and the charging signs don’t show, then it’s more of a charging issue than anything else.

Step 3: Attempt to turn the phone

This problem could be easier to fix if the phone charges because that’s a sign the device still accepts current from the charger to its battery. However, if the charging signs didn’t show but you’ve plugged it for 15 minutes, attempt to turn the phone on just to see if it’s still capable of doing so.

You may also try pressing and holding the Power key and Volume Down button for 7 seconds or more (like what you did in the first step) just to force restart the phone.

After charging it and it won’t boot up normally, then it’s time you try booting it in safe mode. There were cases where third-party apps caused phones to freeze or not boot up.

If your Galaxy S6 refused to boot up in safe mode, then it’s time you tried booting it in its barebones. Booting in recovery mode will still power up all components but Android interface won’t be loaded. If the phone can boot up successfully in this mode, then the hardware is fine and the problem might be caused by the firmware itself. You may proceed with master reset if successful.

Step 6: Send the phone in for repair

If all else fails, you need help from a technician. You may contact the retailer where you bought the phone or your service provider if it came with a contract. As far as troubleshooting is concerned, you’ve done everything to bring the phone back to life.

We are always open to your problems, questions and suggestions, so feel free to contact us by filling out this form. We support every Android device available and we are serious in what we do. This is a free service we offer and we won’t charge you a penny for it. But please note that we receive hundreds of emails every day and it’s impossible for us to respond to every single one of them. But rest assured we read every message we receive. For those whom we’ve helped, please spread the word by sharing our posts to your friends or by simply liking our Facebook and Google+ page or follow us on Twitter. 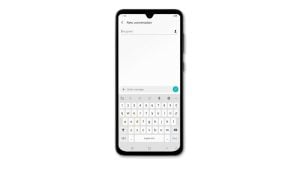