This troubleshooting article addresses two power issues about the #GalaxyS8Plus. The first case in this post talks about an S8 Plus with a curious black screen issue. The other problem is about an S8 that has become totally unresponsive after charging for several hours. Keep reading to know more what you need to do if you found yourself in one of these situations.

Problem 1: Galaxy S8 Plus screen randomly turns black on its own

I believe I have the Black Screen of Death on my samsung Galaxy S8 plus……the problem just recently occurred and I would like to note that my phone has suffered no physical or liquid damage…..I was visiting a site and all of the sudden the screen went blank…..I could still hear the game i was playing and the square key in the bottom middle part of the screen was still responsive…..I was able to do a successful reboot and the phone powered up with no further issue…..however….the black screen of death has been occurring with other apps now not just the first one where it had originated…….now it seeks to occur randomly at any time……I was wondering if there is a fix to make the problem stop occurring altogether….I have seen the reboot as a means to have the phone restart but since this problem first started happening last week it seeks to happen 4 times 6 times a days. …it is driving me nuts…..I know there’s nothing wrong with the screen because when I reboot the phone it starts back up as though nothing were wrong…..there has to be a fix to stop the problem from ever occurring…..isn’t there? — Raynond Beguhn

Solution: Hi Raynond. If you are positive that your S8 Plus was never physically impacted or exposed to water and that the screen continues to work everytime you restart the device, the most likely reason can be one of the following:

To know which of these three items may be causing the issue, you need to do some troubleshooting.

The first troubleshooting step that you want to do in this case is to reset all settings in your S8 Plus device. In a lot of similar situations, it’s usually just a bad configuration or setting that the owner have changed. If you’re fond of tweaking things on your phone, you should see to it that you do the steps below:

Resetting settings on your S8 means that every operating system settings will all be returned to their defaults except the security, language, and account settings.

Boot to safe mode and observe

In many cases where a phone appears to shut down on its own, the main cause of the problem is due to a bad third party app. Incompatible or poorly coded apps can interfere with the operating system, which, in turn, can lead to all sorts of problems. To check if you’ve installed a bad app, you want to boot your S8 Plus to Safe Mode. Safe Mode blocks third party apps so if the issue won’t occur, that’s a clear indication that one of your installed applications is behind this trouble. To boot to safe mode, follow these steps:

A key thing to remember about safe mode is that it’s a means to help you confirm our suspicion. If your S8’s screen will work normally when it’s running on safe mode, then you’ll have to do more to permanently fix it. This also means that you need to observe your phone for some time while it’s on safe mode to notice the difference. We suggest that you let it run in this mode for at least 24 hours. If the issue won’t return throughout this observation period, then you know that one of the apps is problematic.

Safe mode won’t pinpoint the problematic application though. To know which app is causing the trouble, you’ll need to uninstall apps, observe the phone for some, then uninstall apps again. You should repeat the same cycle until you’ve narrow down the reason for the problem.

If the first two suggestions above won’t fix your issue at all, that means that the cause must be something with the operating system. In order to address it, you’ll need to wipe the phone and return all settings to their defaults by doing a factory reset. Here’s how to do that:

Problem 2: Galaxy S8 won’t turn back on after leaving it charged overnight

I recently went on a trip arriving at my destination on a Saturday night. Upon arriving I took my phone off of airplane mode and was able to talk, text, take pics and use all my apps like normal. Absolutely no issues. I plugged my phone in before I went to bed and when I woke up in the morning it was dead. It wouldn’t power on, it wouldn’t show that it was registering a charge (I’m using the same charger that came with the device) and it wouldn’t do a thing. I tried simultaneously pressing the power button and the volume down button trying to unfreeze the device and nothing happened. I went out and purchased a wireless charging station, nothing happened. I have tried connecting to a computer and a portable power bank and nothing will register with this phone. I also tried no less than four other chargers (all Samsung) not a one of them made a difference, oh and blowing out the charging port with compressed air didn’t help either.

My phone has never been swimming or accidentally dropped in the toilet. I have had the occasional accident where it has fallen out of my pocket to the ground but nothing has happened recent enough that I could blame the issue on. Are there any other remedies that you can think of that might help? I am wondering if the charging port has gone bad. Thanks in advance! — Leslie Nunez

Solution: Hi Leslie. When it comes to an issue like yours, there’s nothing much that you can do about it, especially since the device appears to have become unresponsive when charging it. Checking the charging port and making sure that there’s no debris or object that might block the charging cable is a good troubleshooting step but it clearly won’t tell us if the port itself has gone bad or not. To see if it’s a charging port issue, try moving the charging cable when it’s connected to it. Sometimes, a slight change in angle for the charging cable can fix an overly sensitive charging port. Remember, the first thing that you want to achieve here is to turn the phone back on. Only then can you do further troubleshooting in order to, say, recover files or tweak the software settings. If your S8 remains dead, unresponsive, or fails to charge at all, that can mean any of these things:

Since your S8 does not charge at all, it’s pointless to try to boot it to alternate modes — Recovery Mode and Odin Mode. This is usually another way to check if there’s an issue with Android. Of course, you can only run your device to any boot mode if there’s power on the battery, or if it’s still capable of turning on at all. Right now, it appears that it’s completely dead so you’re out of luck. We suggest that you bring it to a Samsung Service Center in your location and see if they can replace the battery (if that’s where the issue lies). Otherwise, a full repair may be needed to revive the system. 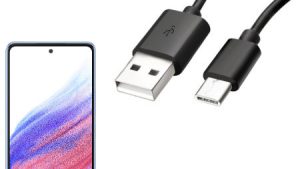