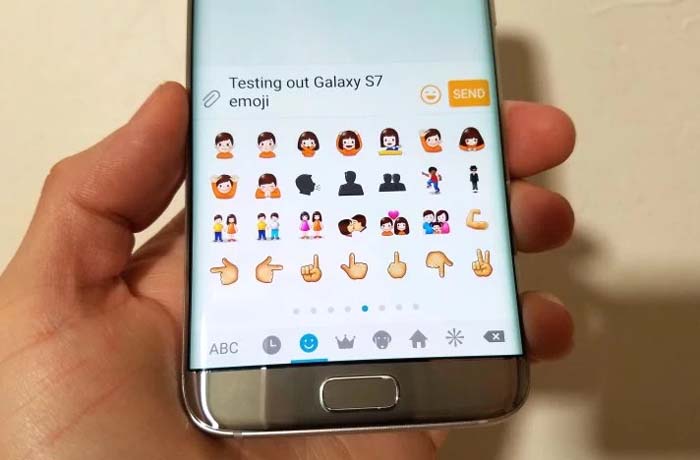 Text messaging is one of the most common features of a phone and it doesn’t take much to send one SMS. However, many Samsung Galaxy S7 Edge owners have been reporting that their devices seem to have issues sending and receiving messages. It’s very disappointing to know that a smartphone as expensive and powerful as the S7 Edge can’t even transmit 1Kb worth of data.

We received several complaints from our readers that are related to text messaging. Among the most common are the error message “Unfortunately, Messages has stopped,” long text messages are split into parts, texts aren’t in order, MMS attachments can’t be downloaded, etc.

I’ve addressed some of the issues below so take time to go through each problem I cited especially if you already contacted us before regarding this issue as I may have already included your concern.

Q: “When sending a regular send message it doesn’t send all of the text.. if it’s over so many characters long it will only send part of it. It will say something to the effect that there are 235/2 characters and messages that I have typed but when I send it, the receiver only gets part of that 2 message. I hope I am explaining this well enough, since it has been something that has been a problem since I first for the phone. Thank you in advance if you can help me at all.”

Obviously, the problem is with the receiving end and not on your side. It may take a little time more time to receive all of them so tell him/her to wait. But the thing is, there’s always a setting that would allow the phone to automatically combine parts of a message into one. You should tell him/her to find that on his/her phone.

On your end, you don’t have to worry about it since there’s no issue with your device.

Q: “Hi guys. I have a problem with my new S7 Edge. Every time I try to send a text message, there’s an error that keeps popping up. It says “Unfortunately, Messages has stopped” and when I hit OK, it closes and I still can’t send text messages. The phone is about a month old and this is the problem I encountered ever since. Can you guys help me with this, please?”

A: I am wondering what happened to it why it triggered that kind of error. I assume the problem occurred just recently because if it came with the phone, you should have reported it a few ago. But here’s how you troubleshoot it:

How to Clear App Cache and Data

How to Delete the System Cache

How to Master Reset S7 Edge

Q: “Hello. I have an issue with receiving text messages. When I receive a long message, it’s broken up into multiple message. The issue is receiving them in the proper order. Lets say the long message is received in 4 messages. I would get message 4/4 first then 1/4, 2/4 and lastly 3/4. Is there a solution to this. It doesn’t happen often but it does happen. Thank you!“

A: Don’t worry, there’s no problem with your phone. It’s just that it was set to receive long text messages that way but there is a setting that will allow your phone to automatically combine all parts of the messages into one SMS. Go to Apps > Settings > Applications > tap on Messages > More settings > Text messages > Auto combination. Once you enabled that, long SMS will be received as one.

Q: “I just received a group message yesterday but didn’t see the other person that received the message. The only reason I know it was a group was because it started out “hey ladies!”

Finally, when the other person on the tread responded, her text came thru, but separately in another thread her and I have going together. I don’t know how to fix it.“

A: The question is was the message intended to be as an individual conversation or a group message? Just like the first problem, there are always two possibilities here; either it’s the problem with the sender or the recipient. We can only rule out one possibility and that’s on your side. So, that said, go to Apps > Settings > Applications > tap on Messages > More settings > Multimedia messages > make sure Group conversation is enabled. It is, then the problem is with the sender; her phone may not have been set to send texts as group conversation when there’s more than one contact involved.

Q: “How to get text messages to align in order it was received. It show other person text at top and mine on bottom. I’m used to seeing (theirs, mine, theirs, etc.)“

A: If text messages aren’t arranged in chronological order when received, then it must have something to do with the time and date of your phone. Make sure it is set to correct date and that it follows the follow time zone.

Messages received while the phone follows incorrect time and/or date can no longer be arranged in order but new ones will come in correctly. That is if this is really the case.

If the you meant that the messages are split in parts and are received not in order, then your problem is the same as the second issue I addressed. Follow the same procedure in fixing your own.

Q: “Hi, for some reason I cannot receive any mms messages. Both video and picture messages just say they need downloading but then after I download it, it says message not found. Please help.“
A: MMS messages require mobile data to be transmitted, so the first thing you should is check whether the mobile data in your phone is enabled or not. If it is and you still can’t send/receive MMS, it might be the APN that has some issues. You should call your provider to ask for the correct APN for your phone and at the same time, inquire about the status of your account. If it’s in good standing, then ask the rep to help you setup the APN. Once finished, you can receive the messages and downloaded attached files.