This post will tackle three of the most common issues HTC One M9 owners encountered–not charging, stuck during boot up and overheating. As you all know, we offer free Android support and open to emails from our readers. The problems I cited here are just some of the common reports or complaints we received. Read on so you would know how to fix these problems in case you encounter them in the future. 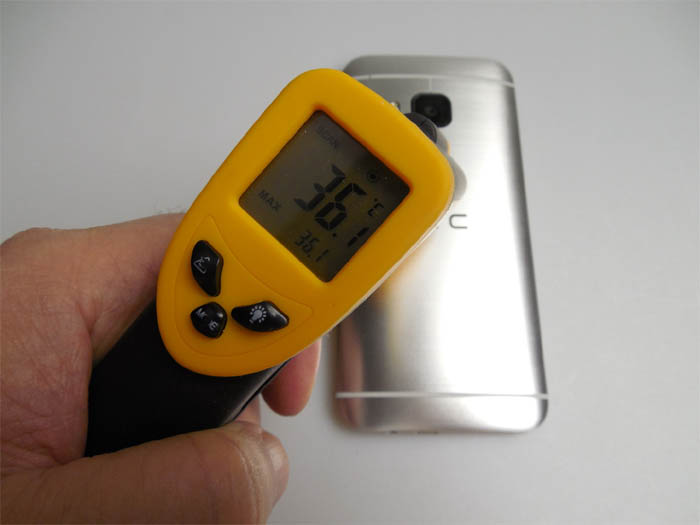 Just a quick overview of these problems; the not charging issue is either caused by a firmware glitch or a hardware issue. You will be able to know which is which by troubleshooting. For One M9 units that are stuck during boot up, more often, the problem is caused by corrupt data or caches and happens after an update. Finally, the overheating issue is more complicated than it sounds. It’s not actually just about the unit heating up but it’s about the overall performance of the device. Just like many other problems reported by M9 users, overheating may be caused by apps that gone haywire or it could be a hardware problem–more serious hardware problem.

For our readers who may have issues with their phones, feel free to send us your questions at our Android Troubleshooting Questionnaire page and we will help you find solutions to your problems. All we’re asking is you provide us with necessary information so we can accurately assess your concerns and provide you with appropriate solutions. You may also visit our HTC One M9 Troubleshooting page as listed all issues we addressed before as well as tutorials, how tos and tips you may find helpful in managing your device.

HTC One M9 won’t charge at all

Problem: Hello guys. I am one of the few who own the new HTC One M9. The device has actually been performing good but now it won’t charge at all. It just happened one day and I don’t exactly know what caused it. Of course, I am using the original charger that came with the main unit and it’s still the same. My phone still has 14% battery left now and I’m afraid that when it runs out, I will not be able to turn my phone back on again. I want you to know guys that I’m not really a tech savvy person so if you could explain to me what’s wrong with my phone, that would be a big help for a noob like me. Thanks in advance and more power to your website! — Jansen

Related Problem: My One M9 just lagged yesterday and turned off on its own. I thought it just ran out of battery so I plugged it to charge and leave it for an hour as I had to go to the market. When I got back, the indicator light wasn’t lit but I’m not really sure if it lit up when I first plugged it. I thought the battery was full already so I attempted to turn it on and it didn’t respond. I plugged it in again thinking I didn’t plug it tightly but there was no indicator and that charging icon you used to see, it’s not there. So, my phone now refuses to come back on and it won’t charge also. What’s wrong with it? Help me figure this one out, please. — Mel

Troubleshooting: While Jansen’s and Mel’s problems seem like similar, they’re actually not the same. Jansen still has some power in his phone so it’s basically a charging issue. However, Mel’s phone died and that’s what made his problem a bit complicated. We can say that the battery just ran out and it’s just a charging issue but there’s no guarantee. What if the phone died because of some hardware issue that’s affecting the capability of the phone to power up and charge? So, I will address these problems separately.

Jansen, the first thing you’ve got to do is to plug the phone to a computer using the original USB cable. The computer should be able to detect it and the phone will respond if there’s no problem with its USB port or the cable. If you can verify this, then you can set your focus on the charger and since you aren’t allowed to open it, you need to try a different charger just to verify if the phone would charge and if so, then buy a new charger.

However, if the phone can’t be detected by your computer or if the phone won’t respond when plugged in, try to use a different cable. If it’s still the same, then it’s a cable problem, otherwise, there’s a problem with the port on your device and you need a technician’s help to get it fixed.

Mel, the first thing you have to do is try out a different charger just to see if the phone is still capable of charging. If not, then there’s a more serious problem with the phone. Now, here’s a tip: even if the phone shut itself down automatically because its battery ran out, there’s still a small amount of power that can light up the screen for a few seconds. You need to know if the screen will still light up because if so, then there’s a greater chance it’s just a charging issue. Instead of normally booting up the phone, try to boot it in download mode as it consumes less battery. Here’s how…

If you can see red and blue texts, then your phone’s hardware is safe. However, if the phone didn’t boot up in download mode, send the phone in for repair. It’s a hardware issue and there’s not much we can do for a phone that won’t power up.

HTC One M9 got stuck on boot screen

Problem: There was an update that I downloaded to my phone and it rebooted itself I guess after it has finished installing the new system. The problem is, my One M9 is now stuck on the black screen with logo and after so many attempts, it still can’t get out of the screen and continue to the usual Home screen. So, I guess the new update messed up my phone and I’ve asked a lot of people about this they just don’t know what to do. You’re my only chance to get this problem fixed. Please respond to my email and tell me what I need to do. Thank you. — Jessica

Related Problem: Last night, I left my phone to charge and when I woke up this morning, I found out the phone was turned off. I powered it up, of course, and when I saw the logo, I went straight to the bathroom and prepared for work. When I finished my coffee I came to check it and it was still on the logo. I turned it off and on again but it can’t go past the logo. I’m confused why my phone is doing this so if you could just help me with it, that would be great. Oh, before I forget, my phone is a One M9. Thanks guys. Cheers, Lucy.

Troubleshooting: As I mentioned earlier, more often than not, being stuck during bootup is caused by either corrupt data or caches or both. But before jumping into some general troubleshooting procedures that will address this problem, you need to make sure it’s not just a simple glitch in the system. So, try rebooting the phone twice or more just to verify if it can’t really boot up normally and if that’s the case, proceed with the following procedures:

This sounds too simple to be true, but if you have a removable memory card, try taking it out, then try rebooting the phone again.  If that works, be sure to power cycle the phone with the memory to make sure all is well.

In case the phone still refuses to boot up normally after wiping the cache partition, there’s no other option left but to perform master reset. Unless the update wasn’t successful or was interrupted, this procedure will fix the problem.

If the problem persists after this procedure, then there must be something wrong with the firmware. You need to get the phone checked by the technician. It’s their turn to troubleshoot it now.

HTC One M9 heating up or overheating

Problem: Hi guys! I don’t know if you are supporting HTC One M9 as well as all I’ve read on your blog are for Samsung devices. But anyway, I just want to share my problem with you. I got an HTC One M9, which was really doing fine until recently when it started to heat up like crazy. I’m not sure if the problem is with the firmware or with the hardware but it just heats up to the point that it is very uncomfortable to hold it. I owned Galaxy S4 prior to this one and I know what’s a ‘normal’ hotness and what’s ‘abnormal’ hotness. I’m not sure if you can call it ‘overheating’ but it’s just not normal for a phone to heat up like my unit does. Can you help me with this, please?

Related Problem: My new HTC One M9 just itself down while it was lying flat on the table without being used. I thought it was a battery problem but when I touched it, it was so hot. So, it overheated without being used. I let it cool down and turned it back on, it did turn on but the battery was draining so fast that it only took more than an hour to drain 63% of the battery that’s left and it was still hotter than normal. I called my provider and told them it could be a hardware issue. They said they will send the phone to HTC and I can have it back in 2-6 weeks. I didn’t commit just yet. Tried to research online and I found your site. So, here I am asking you what I have to do to fix this. — Marty

Troubleshooting: As I said earlier, overheating is very complicated as it could be a hardware issue straight up or just an effect of an app that has gone haywire. That said, you need to immediately isolate problem and you can do so by booting in safe mode.

While in safe mode, use the phone normally and observe if it still overheats. If so, then it’s a hardware issue. Try to search for firmware updates as HTC already rolled out an update to fix overheating issues with M9. However, if the phone doesn’t overheat when in safe mode, it means one or some of your apps is causing the problem. Instead of going through each of your apps, backup your data and perform factory reset. This way, you can eliminate the problematic app(s) and give your phone fresh start.

In case you have already downloaded the latest update and the phone still overheats, factory reset the phone. If the problem persists, then send your phone for repair.