Is your Samsung Galaxy Z Fold 4 having the black screen of death issue? There are several factors that can cause this problem such as the device’s battery is drained, software issues, or a hardware problem. To fix this you will need to perform several troubleshooting steps.

The Samsung Galaxy Z Fold 4 is a premium Android phone that uses a foldable form factor. When folded it acts like a smartphone however when unfolded it allows you to enjoy a much larger screen real estate making it ideal to use for multimedia consumption or productivity tasks. Some of its best features include its use of a Snapdragon 8 Plus Gen 1 chip, 4400 mAh battery, and has a storage of up to 1TB.

What causes a Samsung phone screen to go black?

One of the issues that you might experience with your Android device such as the Z Fold 4 is the black screen of death. This is characterized by the screen displaying nothing at all. You won’t be able to use your phone when this happens which can be quite frustrating.

Here’s what you can do to fix Samsung black screen issues.

The first troubleshooting step recommended when getting the black screen of death is a soft reset. This refreshes your phone’s operating system and will fix any issues caused by a firmware crash or software glitch.

This process will reboot the operating system of the phone and reload all of its services. Your personal data, files, and apps will remain unchanged.

Simultaneously press and hold the Power key and Volume down button on the right edge for approximately 15 seconds.

Release the buttons when the Samsung logo appears.

If your Galaxy Z Fold 4 boots and the Samsung logo appears then the black screen of death issue is most likely fixed already.

One of the reasons why your Samsung Galaxy device is experiencing the black screen of death issue is because its battery is fully drained. Trying to press the power button will not turn on the device no matter how many times you do it as long as there is no power left on the battery.

What you will want to do if the battery of your phone is drained is to charge the device.

Make sure to use a charger that’s working. You can check this out by trying to charge another Samsung device with it.

Plug the power adapter to a working electrical outlet.

Use the original charging cable to connect your Galaxy Z Fold 4 to the charger.

Leave the phone connected to the charger for at least 30 minutes.

It’s not necessary to fully charge your phone. Once the device’s battery has sufficient charge and with the phone still connected to the power adapter, press and hold the Volume Down button and the Power key for 15 seconds.

The Samsung Galaxy black screen of death issue should now be fixed if the problem is caused by a drained battery.

If the Samsung Galaxy black screen of death issue persists even after performing the steps listed above then you should have your Android device checked at a service center as it’s possible that this might already be caused by a faulty hardware component. If your Android phone is still under warranty then it should be fixed or you might be getting a replacement unit.

If the black screen of death issue keeps on occurring even after it disappeared the first time you fixed it then here are the additional troubleshooting steps you can do.

One of the reasons why your Samsung Galaxy Z Fold 4 will repeatedly get the blank screen issue is because it is running on an outdated software version. This old software might have some bugs that’s causing the issue you are experiencing.

Go to your phone Settings.

Scroll down and tap on Software update.

The Samsung Galaxy Z Fold 4 will search for any new software updates available. It will automatically be downloaded and the previous version will be replaced.

There’s a possibility that a third party app you downloaded from the Google Play Store is causing the black screen of death issue. In order to check if a downloaded app is the culprit you will need to start the phone in Safe Mode.

Safe Mode will only allow the default apps to run in your Galaxy Z Fold 4 making it easier to determine if a third-party app is causing the black screen issue.

Turn the Samsung device off.

Continue to hold the Volume down key until the device finishes restarting.

Wait for up to 30 seconds for the process to complete. When your device reboots “Safe Mode” will appear on the lower left side of the home screen.

Try observing if the Samsung black screen issue still occurs when your phone is running in this mode.

In case the issue does not occur then you will need to find out the specific app that is causing this problem and uninstall it.

After uninstalling the app you can exit from safe mode.

A factory reset or hard reset is performed when Samsung phones are experiencing issues such as the black screen of death.

This procedure will erase your phone data and bring it back to its original condition. Any corrupted data stored in the operating system which could be causing this problem will be completely removed.

Before proceeding with this procedure it is recommended that you backup your Galaxy Fold 4 data. Any photos, files, contact lists, or notes just to name a few that you have saved in your phone will be deleted so make sure to make a backup copy of these.

Try to check if this fix Samsung black screen issue. 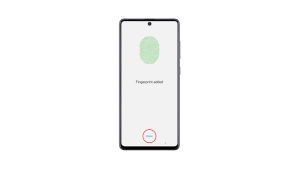