Samsung has recently started rolling out the Android 6.0.1 Marshmallow (#AndroidMarshmallow) update for the Galaxy Note 5 (#Note5) but owners started complaining about it shortly after that due to some problems users encountered including the error message “Unfortunately, System UI has stopped.” 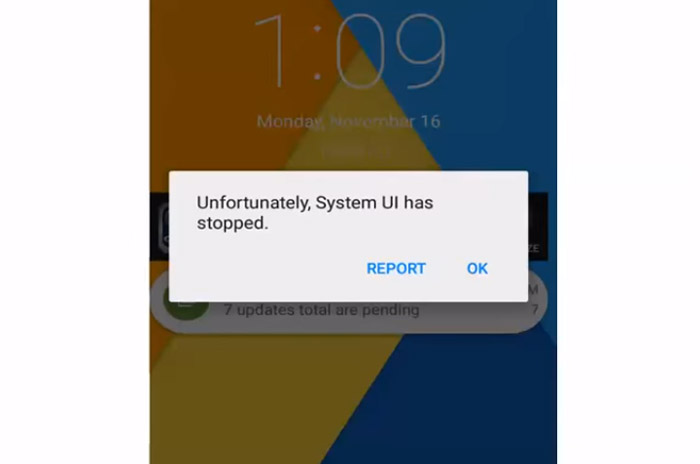 System UI is actually a native service and if it crashes, it’s most likely a firmware issue but it doesn’t mean third parties have nothing to do with it. In fact, there were a lot of reports regarding this issue that occurred after a launcher is installed.

The thing is, we don’t know for sure what the cause is that’s it’s necessary to troubleshoot this kind of problem thoroughly. I understand that you may have a lot of data saved in your phone and I know the hassle of backing them up, so factory reset is the last resort.

Now, to give you a guideline or a hint where to start, here’s the list of the possible causes of this error message:

Before we go any further, I just want to share with you one of the problems sent by our reader that describes this issue clearly:

“Two days ago I updated my Note 5 to Android 6.0.1. Yesterday when I was restarting it, it show up with a pop-up saying “Unfortunately, System UI has stopped.” I can do anything on it except bring it to the screen that gives me the options of “Power off”, “Restart”, and “Emergency Mode”. I have tried a normal reboot, safe mode, wiping the system cache, and some other ways to try to bring my phone back to life without having to do a factory reset. I really would like to keep all of the files that are on my phone because I haven’t done a backup in a while. Also, I cant access the files through a computer for some reason. Any help would be greatly appreciated, thanks.”

As you see, the error didn’t pop up immediately after the update. The owner may still have used it after it has successfully updated the Note 5 to Marshmallow. Therefore, there’s a chance a third-party has caused it.

Now that I’ve listed down the possibilities and shown you the actual problem, it’s time we did some troubleshooting and I want you to start from the very beginning.

Step 1: If you’ve installed an app or a launcher and then the error popped up, then it’s more likely that it’s the one causing the issue. The best course of action is to uninstall it and see what happens.

Step 2: Should the problem remain after uninstalling the suspected app or if you haven’t installed any launcher prior to the problem, you still need to isolate the issue by booting your phone in safe mode. This way you would know if third-party apps and services have something to do with it or not:

Step 3: Should the error message pop up in safe mode, it’s clear at this point that your download apps have nothing to do with it. So, it’s either a firmware issue or the recent update has caused it. Now, to isolate the issue once again, you need to delete the system cache. These files can easily be corrupted or become obsolete due to firmware updates. Once corrupted and the new system uses them, this thing could happen. So, follow these steps to wipe the cache partition:

You don’t have to worry about your data as they won’t be deleted, also, the caches will be replaced after the phone reboots for the first time after the procedure and the new caches will be compatible with the new system. Wiping the cache partition is very effective for issues that may occur after a minor firmware update.

Step 4: After you’ve uninstalled the suspected apps, booted in safe mode, wiped out the system cache and the problem remained, it’s clear at this point that the problem is with the firmware and there may be some corrupt data. It’s time you backed up all your data and follow these steps:

It’s more effective than the normal factory reset through settings menu as it reformats the data and cache partitions.

Step 5: After all these procedures and the problem remained, it’s time you brought the phone to the shop. The technician will reinstall the firmware manually or if you want, you can do it yourself. All you need is Odin, the actual firmware for your phone and use a computer to push it to the device. If you’re savvy enough, you know what I mean but if you’re an average user, I suggest you just bring the phone to the shop.