We started receiving complaints from Samsung Galaxy J3 owners who reported that their devices can no longer boot up successfully. Instead, they’re stuck on the logo for some reason, which suggest those phones maybe suffering from a firmware problem.

When it comes to issues concerning powering on, more often they’re hardware-related but when it comes to booting up, then it must be the firmware. Being stuck on the logo during the boot process would mean some files are corrupt. They may be just some caches or system files used by the firmware. Continue reading below to know more about this problem and learn how to fix it.

For owners who are looking for a solution to a different problem, drop by our Galaxy J3 troubleshooting guide for we have already addressed many of the problems reported by our readers. Find issues that are similar with yours and use the solutions we suggested. If they don’t work or if you still need further assistance, then fill up our Android issues questionnaire and hit submit to contact us.

Troubleshooting Galaxy J3 that got stuck on the logo

Problem: Phone is a Galaxy J3. It’s such on the black screen with the Samsung & Android logos. It won’t power on or off. I only get the logo when I plug it in and it won’t go forward. I tried removing the battery, holding start button 60 seconds but nothing.

Solution: If the device is able turn on while it is connected to the charger but stuck in the logo, then, may be the battery of your phone is defective or fully drained during that time. Basically, if the battery is defective and insufficiently providing power to the hardware components and its firmware that would be a factor that your device function abnormally. On the other hand, if the firmware is outdated or you performed an update before the issue stated that could also a possibility that your phone is unable to boot up. But since we are not sure what problem is, all you need to do is to figure it out by doing a step by step procedure on your phone until you can determine whether it is software or hardware problem caused it.

Since you already tried the battery-pull procedure but the issue still happening. This time, all you need to do is to determine if the battery is defective or not by connecting your device from its charger for 15-20 minutes. The purpose of doing so, is to be sure that it is charging normally and has enough energy that can power up the components and if the device is capable to turn on. So, after several minutes of charging, power on your device while and see if the issue persists. If so, there might be another reason that prevents your phone from booting up successfully. In this case, proceed to the next method.

Step 2: Boot your phone in Safe mode to verify if a culprit is causing the problem

Due to numerous applications installed in the system it’s not far that one of them would be a culprit and caused the issue. So, in performing this method you cannot launch those applications that you downloaded from Play Store because only the pre-installed will be running in the system of your phone. If the device function normally while in safe mode, then, there should be an app responsible for it. You can delete each app you downloaded started from the recent one until the the problem fix. Here’s how:

But if the method is not helping, you can jump over to the next step.

In booting your phone in this mode, we have to remove all system caches stored in the partition to be sure that all of it are compatible once the system have to use it again. Don’t you worry, this method won’t delete your important files, instead, only the caches stored in the directory will be removed. So, if corrupted caches is causing the issue, then, this procedure will surely fix it. This is how you do the method:

I hope this troubleshooting guide helps. 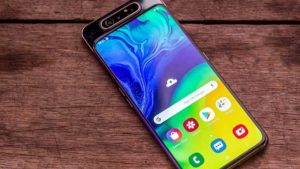 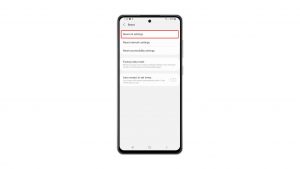