Minecraft is a cross platform sandbox video game in which players have complete freedom over how they play. It is available in several platforms such as PC, for the console version such as the PS4, PS5, Xbox One, Xbox Series X/S, Nintendo Switch, and also for mobile devices like Android, and iOS. In order to craft different items in Minecraft, you must acquire various ingredients. The game can be played individually or in multiplayer mode over the internet through the various multiplayer servers. Although you must purchase this to play it, if you have an Xbox Game Pass subscription, you can play it for free. This is our Minecraft review.

Minecraft allows users to locate and extract raw resources, make tools and things, and construct structures, earthworks, and rudimentary machines in a blocky, randomly generated 3D world with nearly unlimited landscape. Players can combat computer-controlled hordes, collaborate with other players in the same environment, or compete against them, depending on the game mode. A survival mode, in which players must gather resources to create the world and stay healthy, and a creative mode, in which players have unlimited resources and access to flight, are among the game modes. Modifying the game allows players to create new gameplay mechanisms, items, and assets.

Minecraft is a 3D sandbox game with no set objectives, giving players complete control over how they play. However, there is an achievement system in the Java Edition of the game, known as “advancements,” and “trophies” in the PlayStation ports. By default, the game is played in first-person perspective, however players can switch to third-person perspective.

The game world is made up of crude 3D objects, mostly cubes and fluids that are referred to as “blocks,” that represent various materials like earth, stone, ores, tree trunks, water, and lava. Picking up and putting these objects is at the heart of the game. Players can freely roam around the environment as these bricks are organized in a 3D grid. Players can “mine” blocks and then arrange them in various locations to construct structures. Many critics have criticized the game’s physics system for being unrealistic. Redstone is a substance in the game that may be used to create simple mechanical devices, electrical circuits, and logic gates, enabling for the creation of a variety of complicated systems.

The virtual environment is virtually infinite and dynamically generated as players start exploring it, using a map seed derived from the system clock at the time of world formation or specified by the player. The vertical movement is limited, but Minecraft allows for an incredibly large game world to be created on the horizontal plane. Nevertheless, there is a barrier preventing a player from traveling beyond 30,000,000 blocks from the center due to technical difficulties. Minecraft accomplishes this by breaking down the environment data into smaller “chunks” that are only created or loaded when players are around. Plains, mountains, woods, caves, and diverse lava/water bodies make up the topography, which ranges from deserts to jungles to snowfields. A whole day and night period takes 20 real-time minutes in the in-game time system.

New players are given either Steve or Alex as their default character skin, but there is also the opportunity to customized character skins. Animals, villages, and hostile monsters are among the non-player characters known as mobs. Passive mobs, such as cows, pigs, and chicks, can be hunted for food and crafting materials. They appear throughout the day, whereas hostile mobs such as huge spiders, skeletons, and zombies appear at night or in dark locations such as caves. Some hostile monsters, such as zombies, skeletons, and drowned, will burn if they do not have headgear. There are other mob varieties that spawn in diverse environments, such as husk forms of zombies that spawn in deserts.

When creating a new world, a player must pick between five game types and four difficulty levels, varying from peaceful to hard. Raising the game’s difficulty leads the player to absorb greater damage from creatures, among other things. The peaceful option, for example, bans hostile creatures from appearing, whereas the high difficulty permits a player to starve to death if their hunger gauge is emptied.

Aside from the overworld, Minecraft contains two other dimensions: the Nether and the End. The Nether is a hellish dimension reached through player-built portals that includes numerous unique resources and may be utilized to travel enormous distances in the overworld, as each block traveled in the Nether is equivalent to 8 blocks in the overworld. The End is a desolate wasteland made up of several islands floating above a dark, infinite vacuum. On the main island, the Ender Dragon is the boss dragon. When you kill the dragon, you gain access to an exit portal.

The majority of Minecraft’s game modes revolve around placing and destroying various block in a randomly generated landscape.

Player can affect the world around them by using these blocks to build and destroy structures. Because Minecraft’s gameplay is so open and unguided, users frequently set their own goals and play the game anyway they like.

One of the game modes in Minecraft is survival. When playing this Minecraft mode, in order to survive, a player must gather resource, construct structures, battle creatures, eat, and explore the planet.

On Bedrock Edition, when playing Minecraft, a player can earn accomplishments when playing this mode with cheats off, add-ons, and host rights disabled in a world that isn’t set to Flat. A player cannot obtain accomplishments in a world that was created in Creative mode and then loaded in Survival mode. The basic purpose of this mode is to survive, create, explore, and have fun, however defeating the ender dragon and the wither is also a possibility.

Hardcore is a Java Edition-only Survival variant and one of Minecraft’s primary game modes. The planet is locked to Hard difficulty in this setting, and the player is unable to respawn after dying.

Hardcore mode differs from other game modes in that it does not allow a player to respawn after dying. Instead, on the death screen, there are two buttons: “Observe world” and “Title screen.” “Spectate world” turns the player into a Spectator and respawns them at the world’s spawn location, allowing them to exclusively see and explore the world in that mode. Re-opening the world just takes the player back to the same death panel as before. A player in Hardcore mode will not revived by respawn anchors.

One of the main game modes in Minecraft. When playing Minecraft on this mode will remove the survival components of the game, allowing a player to effortlessly build and demolish structures and devices using a limitless number of block. Some of the background music is also changed.

Because a player is indestructible in this mode, they have no health or hunger bars to hinder their construction. In this mode a player can instantly destroy all the block if they don’t have a sword, trident, or debug stick. These block, on the other hand, are not dropped and must be obtained from the Creative inventory. You also have the ability to fly in this mode.

when playing Minecraft adventure mode, it limits some of the gameplay of Minecraft to player-created maps. To avoid spoiling adventure maps or griefing servers, the player cannot directly delete or place any block with any tools in this mode. Commands or the game mode selection are the only ways to get into adventure mode.

In Adventure mode, a player is subjected to environmental damage, death is a possibility, and hunger must also be managed.

The basic plot of Minecraft Dungeons is to overcome the terrible Arch-Illager and other enemies in order to save the villagers, and the game is set in the Minecraft world.

Battle your way through with an all-new game set on the world of Minecraft!  Up to four player can battle it out in action-packed, treasure-filled levels – all in the name of saving the villagers and defeating the Arch-Illager.

Discover a wealth of new weapons and goods that will aid you in overcoming vicious hordes of mobs. Fight or run across canyons, swamps, and minefields! Any brave or foolish adventurer bold enough to enter this blocky and gorgeous planet must be prepared.

Included in this Minecraft review is the known issues and solutions since you will likely experience issues such as lag, freezing, crashing, or won’t load issues while playing Minecraft on several platforms. We’ll go over some of the most common problems you could encounter with, as well as the troubleshooting steps you’ll need to do to fix them.

A software conflict, an outdated graphics driver card, or corrupted data are the most common causes of Minecraft crashing issue. This problem can occur at any point during gameplay and can be extremely annoying. The fixes listed below should help you resolve the problem.

Whether you’re using mods, try not using them to see if you can run Minecraft or if the crashes go away. While mods can be a lot of fun to use at times, some of them may have coding concerns.

If your Minecraft crashes while you don’t have any mods installed, you’ll have to follow the elimination method to figure out which of your mods is causing the problem.

When playing Minecraft on your PC, one of the problems you could run into is that it won’t load. It may just not respond when you try to start it when opening.

Run Minecraft as an Administrator 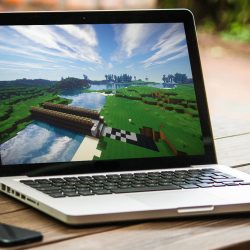 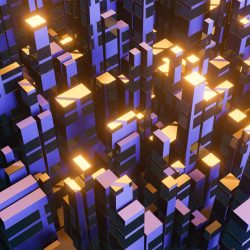 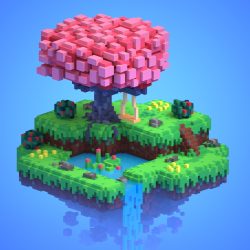 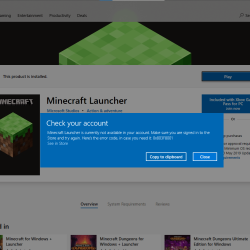 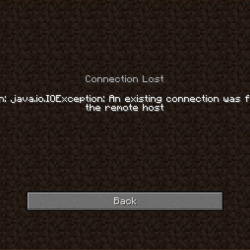 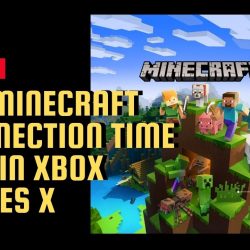 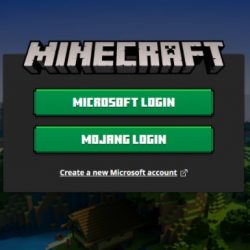 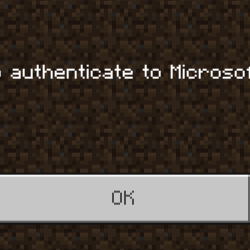 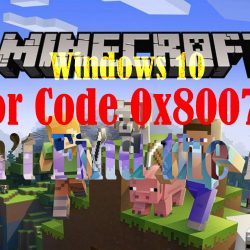 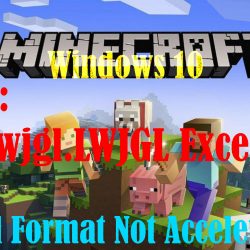 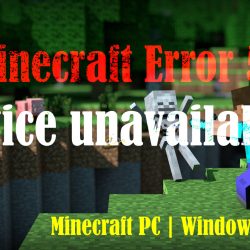 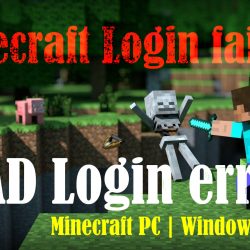 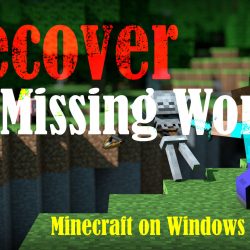 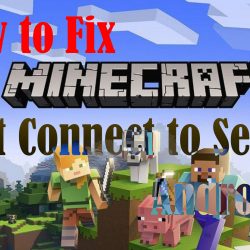 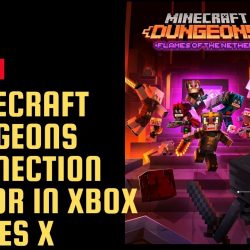 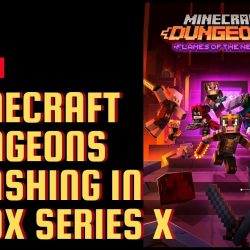 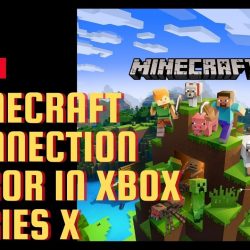 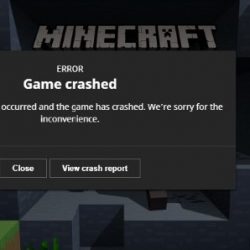 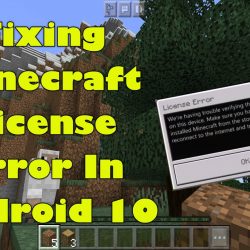 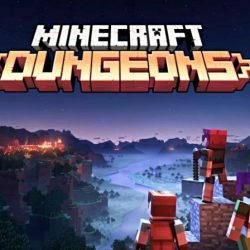 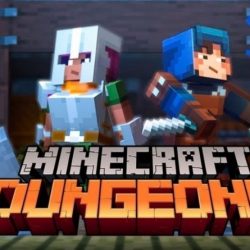 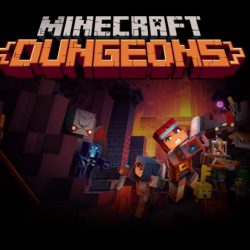 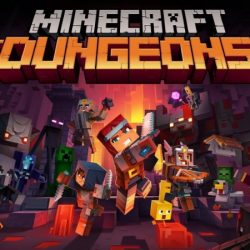