The new Google Pixel 3 is among the most impressive smartphone today when it comes to technical specifications and features and considering the fact that it’s already running the newest Android 9.0 Pie. But it’s not perfect and if you’re one of the owners of this device, you may encounter some hiccups here and there.

A few weeks after the Pixel 2 was released last year, we already started receiving complaints about some issues owners have encountered. Among the most common issues was related to the device’s capability to power on and this could also be the case with the Pixel 3. So, in this post, we will share with you the solution to the problem in case you’re already bugged by it now.

But before we actually move on to our troubleshooting, if you have other issues with your phone, then visit our troubleshooting page as we’ve already addressed some of the most common problems with this device. In case you need more help with your problem, fill up our Android issues questionnaire and hit submit to contact us.

How to troubleshoot Google Pixel 3 that doesn’t power on?

It is normal for some users to think that their new devices have some kind of hardware issue when they no longer respond but the thing is that most of the time this kind of problem may occur to a minor issue with the firmware. Most of the time it’s just because of a system or a firmware crash and we need to find out if that’s really the case with your Pixel 3 by doing the following…

What this procedure does is force your phone to boot up and most of the time it’s very effective because devices with non-removable batteries are hard-wired to respond to this procedure. If you’re wondering what it really, well, think of it as a battery removal like we often do to phones with removable batteries that became unresponsive. The effect would also be the same. Here’s how you do it:

Unlike other devices wherein you have to press and hold a couple of keys, you only need the power button on Pixel phones and again, it’s hard-wired to respond to it. So, if it actually boots up, that would be the end of the problem but try to do it a few more times if the first try didn’t work. After that and your device still remains unresponsive, try the next solution.

Charge Pixel 3 and do force restart it

First off, if it’s a firmware crash, your phone would not also respond to its charger and if you allowed your phone to run out of battery, it’s possible that the firmware crashed before the battery was depleted. A drained battery isn’t always a problem because most of the time a smartphone would respond when there’s current flowing through its circuits but there are times when it would also cause the system to crash. In such case, you’re already dealing with a couple of problems that both result to an unresponsive device. To address this, here’s what you’re going to do:

If it boots up this time, then the problem could have really been just a crash which could have been caused by a drained battery. However, if it remained unresponsive, then it’s time to bring it back to the store so that technician can check it up for you. 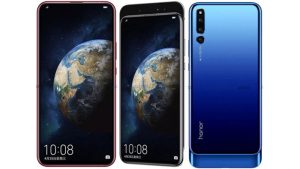