While OnePlus is yet to make a big splash in global worldwide market, it has seen its market share increase significantly over the years. OnePlus has consistently made top quality devices and its OnePlus 6 is one of the best smartphones an Android user can buy right now.

In this short tutorial, we’ll show you how to do a basic function in OnePlus 6 — how to capture a screenshot. Just like top-of-the-line Android devices, your OnePlus 6 offers a number of ways to take a screenshot. If you are wondering how to do it, be sure to check out the steps below.

Before we proceed, be reminded that we provide answers to Android problems. If you are looking for solutions to your own #Android issue, you can contact us by using the link provided at the bottom of this page. When describing your issue, please be as detailed as possible so we can easily pinpoint a relevant solution. If you can, kindly include the exact error messages you are getting to give us an idea where to start. If you have already tried some troubleshooting steps before emailing us, make sure to mention them so we can skip them in our answers.

Method 1: How to take a screenshot with the hardware buttons on OnePlus 6

If you wish to edit the image, tap on the toolbar that appears. This toolbar will disappear after a few seconds so tap it as soon as possible after capturing the screenshot.

Method 2: How to take scrolling screenshot on OnePlus 6

Another method to capture a screenshot for this device is by using the same toolbar that appears in Method 1. In that toolbar, you can select a scrolling screenshot option to allow you to capture content that goes beyond the screen that you see, like when viewing a website.

To make a scrolling screenshot:

Method 3: How to capture screenshot on OnePlus 6 using three-finger gesture

The OnePlus 6 device has a variety of option for navigation controls using gestures. One such gestures is how to capture a screenshot using three fingers.

Here are the steps on how to capture a screenshot on OnePlus 6 using three-finger gesture:

Method 4: How to capture screenshot on OnePlus 6 using Google Assistant 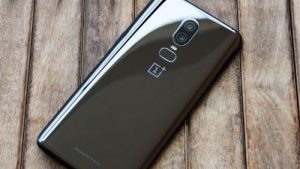 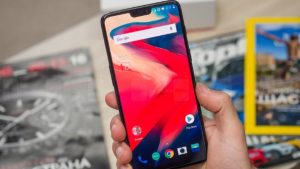 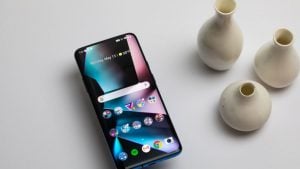