Charging issues is one of the most common power-related problems with the #Samsung Galaxy S7 Edge (#S7Edge). We actually received a lot of complaints from our readers who were complaining about their phones that won’t charge using the wired method. In fact, we already addressed many of these problems before but since we are still receiving quite a lot of similar issues, we cannot just stop publishing posts like this. 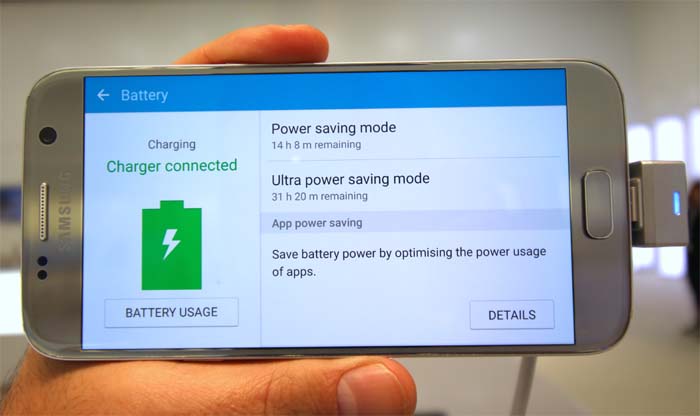 In this post, I included a few charging issues. The first problem is about a unit that doesn’t charge while plugged in using its power adapter but charges with 1A power bank. It might be an issue with the hardware or the firmware and there’s only one way to find out–troubleshooting. So, read on to understand more about this problem and learn how to deal with it in case it occurs to your.

Problem: We have had the phone for about 2 months and we had been travelling on a coach and it had charged fine but when I have come home it has not charged I have tried about 5 different plugs and chargers and it won’t charge it only charges when I use a 1 amp portable power bank and this has happiest to me and my sister. We both have S7 edge me black her gold and it has happened on both. I think it is a software thing. We have updated a few weeks ago and we have tried to restart the phone many times. Please help.
Answer: Well, it can be an issue with the firmware or a problem with the chargers or the cable you use. We cannot just jump into conclusion without doing some troubleshooting. Two Galaxy S7 Edge phones having the same issue and do you think it’s also a coincident that it happens to you and your sister? I don’t think so. Probably, you have the same set of apps installed, right?
My first suspect are the apps. You may have installed an app that can manipulate the battery. With that in mind, I want you to boot your device in safe mode to temporarily disable all third-party apps.

Once the phone successfully booted up in safe mode, attempt to charge phone using the original charger. I understand you already tried using 5 different chargers, is that accurate? If so, then please just use the original one after all, those third-party chargers don’t work too. Should my suspicion that the problem is caused by one of the apps, then it should charge while in diagnostic state but if not, then try connecting your device to a computer if possible.
By connecting it to a computer, you can immediately tell if the USB cable has something to do with the problem. If the computer detects the phone, it must charge although very slowly but if not, then it’s the cable. Try using the USB cable of the other unit and see if that works.
Lastly, if the phone still won’t charge if not through the power bank, then take time to backup your data and files and reset the device. If you were right about your suspicion that it’s a software issue, then the reset may fix it but if not, then you have no other choice but to have it checked. Here’s how you effectively reset your device…

Problem: I have tried the four steps to reboot my Samsung S7 Edge but the screen only light up for a fraction of a second and off again. I brought this phone in Vienna, Austria, because I lost my s6 phone in the taxi while travelling to work in Vienna. As I am permanently in another country, I would like to request whether I can still be helped to fix my phone?

Answer: I don’t know how this problem started since you only told us what’s happening with your phone now or what the problem is. If it’s damaged physically or by water, then wherever you go, you cannot claim warranty. However, if it’s a minor problem not caused by you, you may still be able to have it checked by a technician without a service fee. Company rules vary from country to country so you won’t know unless you try.

Problem: I tend to put my phone to charge and I would text people while charging and I recently sawas it would not charge it would actually drain more than charger. I have this problem while the phone is being charge and I have the fast charging cable. Can you please help.

Answer: Try turning the phone off and plug it in to charge and if it charges fine and fast, then the problem might be as simple as too much apps running in the background draining the battery quicker than the device could charge. The next thing to do is verify whether the phone also charge fine while in safe mode and if it does, then try to find out which apps are causing the problem.

On the other hand, if the device won’t charge properly even if it’s turned off or in safe mode, then it might be a problem with its charger. At this point in time, try using a different charger or try connecting your device to a computer. Should the device charge when using a different charger or connected to a computer, then it’s time to buy a new charger, otherwise, let it be checked by a technician.

Problem: I was headed home with my Samsung Galaxy S7 Edge working perfectly fine. So I put my phone at a pocket in the car. And when i got home it suddenly was not responding. I tried charging it but the led indicator wasn’t lighting up but I still kept it plugged for like maybe 20 mins but still wont turn on. I also tried doing the reset with the volume key down and power button thing and it still wont respond. Should i get my phone repaired or something?

Answer: Don’t worry, it’s not as bad as you think. It’s a simple system crash, which leaves the phone unresponsive and charging is also impossible to do. You can bring your phone back to life by pressing and holding the Volume Down button and Power key together for 15 seconds. If the problem happens more often, the phone might be suffering from a serious firmware issue and a reset might be necessary. My point is, since it already happened once, there’s a chance it would happen again so continue observing your phone.

Problem: Ever since using the VR I have charging issues with intermittent “moisture detected” warnings. Phone has not gotten wet and USB port is dry. At times while phone is charging after the charging will stop/continue randomly with intermittent warnings. Sometimes it will charge without issues for a good 30 min prior to any signs. Sometimes longer. I’ve read other reports with similar or identical issues.

Answer: Try to check the USB port on your phone to see if there is a pin that’s bent or a lint inside. If there’s a bent pin, try to straighten it out as that might be the problem and as for the lint or debris, just remove it or blast compressed air into the port to clean it up. However, if there’s no problem in the port, it’s time you had it checked.

Problem: Was using Dr Fone to recover deleted photos from my S7 Edge. Software froze which is when I realised my phone seemed to be switched off, but extremely hot, above 104f (baby thermometer). Error message was to the effect that my phone malfunctioned. So I disconnected connection from my PC. I used the volume and start button, this eventually seemed to switch the phone off, as it started to cool down. However I cannot switch my phone on. Can you help?
Answer: In other words, the phone overheated. Pressing and holding the Volume and Home buttons won’t turn off the device so I think the phone switched off on its own as preventive measure because if it stayed on, it might have been fried.

Allow the phone to cool off and then press and hold the Volume Down button and then the Power key and keep them pressed together for 15 seconds. That should boot the phone up but if not, try to charge the phone for a few minutes and try to see if it does heat up fast because if so, there’s nothing you can do about it except bring it to a technician and have it checked or repaired. If it charges, however, and the charging signs are showing, then you can turn the phone on after a few minutes.

Problem: My Samsung Galaxy S7 Edge has frozen up, the home screen is on but there’s a blue line that’s scrolling up and down it won’t let me enter to my apps. It does not respond at all.

Answer: That’s another variation of a system crash–the phone becomes unresponsive but the screen stays on. To fix it, press and hold the Volume Down and Power keys together for 15 seconds. This will make the phone reboot normally.

Problem: Hi. My phone all of a sudden doesn’t charge up to 100%, it stops at 70%, little icon on a battery shows lightning bolt on it while charger is plugged in but it doesn’t charge anymore. Tried to reboot but nothing changed. And i think battery life started to go down much quicker than usual. Any ideas?

Answer: Try to boot your device in safe mode and see if it can continue up to 100% when all third-party apps are disabled. If still not, try turning it off but continue charging it. If the problem remains, try to wipe the cache partition as corrupt caches may sometimes cause problems like this.

If all else fails, have it checked by a technician.

Is Galaxy S7 Edge waterproof? No, it’s not.

Problem: Phone not waterproof. In 3ft of h2o, holding breath took pic and came back up no longer than 10sec. Phone will not come on contact Samsung and told since I didn’t purchase directly from them they are not responsible. How can you advertise one thing and not stand behind it.

Answer: First off, we are not associated with Samsung, so if you’re here to air out your frustration thinking we’re Samsung, you’re barking at the wrong tree.

But anyway, we also would like to tell you that the phone is water-resistant, not waterproof. No one can blame you for thinking it’s waterproof as the IP68 rating is one of the selling points of the phone. But the fact is water can still get into the device and that’s what happened to yours, right? Too bad Samsung won’t take it in and fix it without fee but it’s because water damage isn’t covered by the device’s warranty.