This article highlights five common system issues experienced by users of Samsung Galaxy S5 (#Samsung #GalaxyS6) including the random crashing and reboot. Each of these issues are addressed with the best possible solutions and/or workarounds used by other device owners who have experienced the same problems. 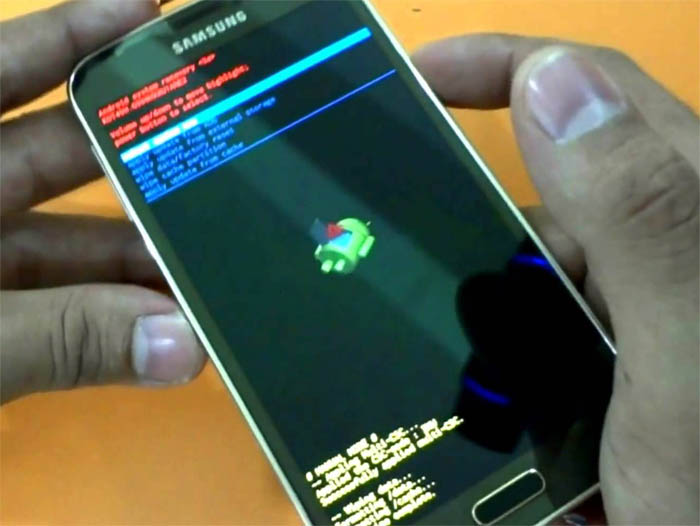 The workarounds I recommend for each problem have done wonders to other S5 users with similar concerns. Although I cannot guarantee that all these procedures will immediately fix the existing problem, it wouldn’t hurt if you give these methods a try on your end before contacting Samsung Support for further assistance.

Here’s the list of the topics in this article…

Should you have other concerns, you may contact us by filling up this questionnaire or visit our S5 troubleshooting guide where we list down every problem we address each week. If you prefer the former, make sure you provide all details of the problem so we can help you better. Otherwise, find issues that are related to yours and use the existing solutions.

Problem: In the last two days my phone will crash and restart at will, seems to be unbiased towards any certain app, has done it using bleacher report, Facebook, chrome, or using no apps at all, or when I’m not using my phone it will be in my pocket and I will hear the tone as its restarting and coming back on. Tried a factory reset yesterday and problem still exist. The is no certain time between the crashes, sometimes it’s hours between, yesterday it happened 7 times in 45 minutes, 6 of those times the phone was in my pocket with no running apps.

Recommendations: The issue on automatic random restart has been plaguing a number of Samsung Galaxy S5 owners since last year, approximately months after its official release. Most cases have been linked to some third-party apps that went rogue, system crashes, and others due to some software update glitches. There are also some GS5 owners who have experienced the same problem due to a faulty hardware, particularly a damaged Power button and/or mangled battery on the device.

Software or system-related issues like random restarts are often resolved with a few workarounds from the simple restart, clearing apps cache/data, wipe cache partition, and finally a hard reset (factory reset). Although I understand that you already have performed a factory reset only to end up having the same annoying problem afterwards. That being said, the problem you have with your Galaxy S5 is most likely due to a faulty hardware.

Try to check the Power button and ensure it’s not damaged. You may also need to clean it, if necessary. As for the battery, kindly examine your phone’s battery for any signs of damage, like a swollen surface. If you are using an SD card, try to remove the SD card and observe your device for certain period of time. If it behaves just normally without the SD card, then obviously, it’s the culprit. Probably the card is corrupted. In this case, you can try to unmount the SD card by going to Settings-> Storage menu, then remove the SD card and reboot your phone.

Problem: I am trying to install the latest lollipop and download goes all the way. Then phone restarts and installation screen appears. It goes to 24% once and then the second time and never goes to 100%. I did factory reset and it didn’t help. I constantly receive error messages that say “…app stopped working” with all of my apps. My phone restarts randomly by itself. I have to take battery out few times a day to make it work. I wonder if I should replace my phone since I did factory reset and I had no third party apps installed and update still failed. Thank you so much for your help!

Recommendations: Based on your provided statements, I can say that it’s most likely tied to a memory issue. Your phone’s internal memory/storage is probably getting low and therefore can no longer accommodate additional files or downloads. Major software (OS) updates generally come in large file sizes, requiring a larger internal storage partition for them to be downloaded and installed successfully. If your device has insufficient memory space, that’s when your device starts to act weird. Most common indications of low internal memory on the Galaxy S5 include, inability to install applications, freezing or unresponsive device. To ensure this is not causing your problem, try to check the available memory on your phone by going to the Settings-> Storage menu. To view available memory on SD card, scroll to the SD card section and see more details.

If the remaining storage space available is significantly low, then you may uninstall unused applications, move some apps to an external storage (memory card) or computer, clear apps cache, and wipe cache partition. A simple soft reset and closing of apps running in the background can also help free up some space of your phone’s internal memory.

Problem: Speech to text screen sticks.  It happens almost everytime that the screen goes dark if the speech to text window was open. It happens while various apps are open. messaging app, also Viber app. I did soft reset, I tried wiping cache, those do not fix the issue.

I did try long holding the menu button to view recently used apps if I swipe to close the apps one by one sometimes the frozen screen goes away while swiping one of the open apps.  Usually however I close all of them and still have a frozen image of the speech microphone on the bottom half of my screen. I then have no choice but to restart the phone.  I use speech to text alot and as soon as I mess up and let the screen go dark or tap the power to put it my pocket with that screen up, I am stuck again.

Recommendations: Apparently, this problem happens to several Android smartphone users with the speech-to-text app installed in their respective devices, including those with Galaxy S5. Then it turns out to be caused by certain glitches with a recent Google update. The problem seemed to start manifesting late last year, somewhere around September. You can see a lot of similar issue posted in pertinent forums, with users asking for help on how to rectify the problem. Performing a soft reset can fix it temporarily. But if you’re looking for other available workaround, the only option I can suggest is to remove the most recent update from the Google application.

If you haven’t tried this workaround yet, then you can give it a shot this time.

Force Stop the Text-to-speech app by going to Settings-> Application Manager-> swipe left from the top of the screen where it says Downloaded/SD Card/ and Running. Tap on Running, and then tap All… Scroll down until you see the text-to-speech app. Tap on Force Stop. Finally, tap on Clear Data.

Another temporary working solution you can try on while waiting for Google to roll out a fix patch to the main problem:

Alternatively, you can just go to the App drawer, click and hold the Google app icon, and then drag it to App Info on top of the screen. Next, click on Uninstall Updates and the app will revert to its prior version.

Problem: First when I turn my phone off and try to turn it back on it goes to the samsung galaxy s5 screen for 5-10 seconds than vibrates and turns off and it does this over and over again. It will eventually turns on after 15 minutes or so. Second when somebody calls me I go to swipe the green to answer and my phone freezes and just turns itself off. Lastly, when I call somebody I can hear them but they cannot hear me. If I put my phone on speaker it works just fine and I can have a perfectly good conversation. Thanks, Nathan.

If wiping the cache partition doesn’t fix the problem, then your last resort would be a factory reset. If you need further assistance on how to factory reset your galaxy s5, then you may visit our Troubleshooting page (link: https://thedroidguy.com/how-to#Tutorial3). In this case, don’t forget to back up all important personal information on the phone.

Problem: I used the mobile Hotspot usually daily to run Netflix thru our Xbox.  Also my son would use my Hotspot when his data slowed. My phone began heating up, which then led to.it shutting off. I would have to remove the battery for a while and leave the phone alone to get it to come back on. I did a factory reset out of desperation. It didn’t help. I never use the Hotspot anymore but now the phone only works when plugged in and it stays at 100%. Sometimes it will shut down if I send more than 1 text in a short time, or if I attempt to use the camera, etc. HELP!

Recommendations: Heating or overheating issues in mobile devices like the Galaxy S5 are often linked to a faulty battery or battery overheating problem. Make sure your phone’s battery is still in good condition, otherwise, have it replaced. But in some other cases, the problem seems to be caused by a system glitch, like CPU overheating.

Here are some more workarounds you can try on:

Uninstall unnecessary applications. Overheating issues can also be triggered by applications running in the background. And the more apps running, the more these apps escalate the heat generated by the phone’s CPU. That’s why it’s recommended to only keep the apps you needed most and discard the rest.