Performance related issues may occur to any smartphone after months of use. Entry level devices like your Samsung Galaxy J3 may encounter it sooner than premium phones as they often don’t have to muscles to cater to the needs of heavy apps. While this phone has decent specs for its category, you can still expect it to encounter hiccups from time to time and this might be it. 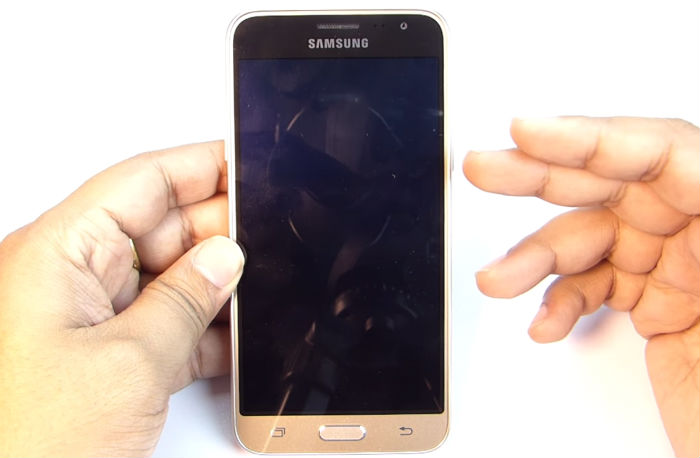 In this post, I will tackle the black screen of death that many Galaxy J3 owners may encounter sooner or later. But just because the screen is black and won’t respond doesn’t mean that the phone is experiencing a rather complex problem. There are times when the device simply crashed or something. That’s the reason why we need to troubleshoot so that we would know what exactly happened to your phone. So, read on to learn what you have to do when this happens to you.

Problem: Hello guys. I have a problem with my Galaxy J3. For some reason, it kind of turned itself on and now it won’t do anything; it won’t turn on and won’t even charge. I am not quite sure what I’ve done that may have led to this problem but I’m just a typical owner who use the phone the way it should. I didn’t install games, didn’t root it even if my friends told me so, and I always took care of it. It was never dropped nor submerged in water. Do you have any idea what happened to my phone and is there something I can do to fix it? Thanks.

Troubleshooting: As mentioned in the introduction, this problem might be due to a system or firmware crash but then again, we won’t know unless we troubleshoot. So, for this problem, here’s what I suggest you do:

Step 1: Pull the battery out and press the power key for 1 minute

This will refresh your phone’s memory and it might just be the thing you need to do to fix this problem. Your J3 has a removable battery so we can perform the “battery pull” procedure. To make it easier for you, here’s how you do it:

If the phone still won’t turn on after this, then move on to the next step.

Step 2: Charge the phone to see if it responds this time

You’ve already done the soft reset to no avail but, at least, you’ve already done something. So, this time, your phone may charge if you plug it in so try that. If it displays the charging symbol and lights up the LED indicator at the top of the screen, then it’s charging properly. Let it charge for ten minutes and then attempt to turn the phone on. If it still won’t turn on, then move on to the next step.

However, if the phone doesn’t display the usual charging icon and that the LED indicator isn’t lit up, then the problem might be due to drained battery only but you will have to deal with the charging problem first. Try to read this post as it might help you: How to fix Samsung Galaxy J3 that won’t charge [Troubleshooting Guide].

If you failed to make the phone charge, then there’s no point in troubleshooting further. Bring the phone to the shop and let the technician handle the problem for you.

Step 3: Attempt to boot your phone in safe mode

We want to try to rule out the possibility that the problem is caused by one or some of the third-party apps that’s why we have to try to start your phone in safe mode. Doing so will temporarily disable all of them so if the problem is caused by one of them, then your phone could successfully boot up in this mode. Here’s how you boot your J3 in this mode:

Assuming the phone successfully booted up in this mode, then it’s confirmed that one or some of the apps you installed is causing the problem. The next thing you have to do is find that app and uninstall it especially ones you installed shortly before the problem started. Here’s how you uninstall an app from your Galaxy J3:

If the problem still happens after this or if booting in safe mode is not successful, then try the next step.

Step 4: Attempt to boot your J3 in Recovery Mode

This procedure may fix issues that are caused by corrupt system caches. Don’t worry though, none of your files and data will be deleted. If, however, the wiping of the cache partition didn’t work, then you have to proceed with the factory reset. This will delete your files and data and since your phone couldn’t boot up successfully, you may lose them so it’s up to you if you want to proceed but here’s how you do it:

If all else fails, then you must bring the phone to the shop and have it checked.

Problem: Hey droid guy. I have the J3 and honestly, I dropped it on the floor a week ago but it was working fine since then until yesterday. It won’t turn on now and I thought its battery was just drained so I tried charging it but it won’t even charge. Called a friend who advised me to reset it but how can I even do it when it won’t turn on, right? So, I’m contacting you guys as you may have known something that I could do to fix this problem. Thank you!

Troubleshooting: This problem is basically the same as the one we’ve already addressed above but with a few differences. This one, however, has a big possibility that it’s caused by physical damage since the owner said the phone has been dropped prior to the problem. So, we will just try to do the basic troubleshooting of the phone that won’t turn on or respond just to see if we can make it work normally again without any help from a technician. So, here’s what you have to do:

Step 1: Charge the phone to see if it works

Let’s rule out the possibility that the battery was drained that’s why the phone couldn’t turn on. We can also tell if there’s a problem with the hardware as the phone won’t charge if such is the case. When plugged in, the charging icon will be displayed on the screen and the LED indicator will be lit up. If none of these signs show, then try doing the next step. However, if the phone charges fine, then allow it to charge for 10 minutes and then turn the phone on.

Step 2: Try starting it up in safe mode to see if third-party apps caused it

When it comes to problems that have something to do with the firmware, it’s always recommended to try to find out if they’re caused by some third-party apps. Starting the phone up in safe mode will help you determine that so make sure you don’t skip this step before going further into your troubleshooting.

Assuming the phone boots up in this mode successfully, you just have to find the culprits and uninstall them one by one.

Step 3: Try starting the phone up in Recovery mode

We just need to find out if the phone is able to boot in this mode because there are a couple of things we can do if so. But you just have to do this if booting in safe mode didn’t yield any favorable results. In this mode, you can try wiping the cache partition and doing master reset. Those two procedures may be effective in fixing firmware or minor hardware issues. However, if the phone cannot also boot in this mode, then there’s no other option but to send the phone in for checkup and possible repair or you can bring it personally to the shop.