If you are experiencing any of these situations when you’re in the lobby, about to enter matchmaking, or when in the middle of the game, continue reading this guide.

What are the causes of the Call of Duty Warzone crashing issue?

There are a number of possible causes for Call of Duty Warzone crashing issues. Let’s discuss each of them.

Games, especially new ones, tend to encounter bugs more often than older, more stable ones. Although it’s been for several months now, COD Warzone is still relatively new and a lot of people still encounter problems with it every now and then. One of the common issues that many players suffer from is Warzone crashing unexpectedly.

If Warzone only crashes infrequently and there seems to be no pattern to it, it may be caused by a random bug.

One of the main reasons for many game issues is related to graphics card drivers. Drivers are mini-software of a component like a GPU or graphics card that allows a hardware to work with computer’s Operating System. If your GPU’s driver is damaged, corrupted, or simply not running the latest version, there’s a chance that the graphics card may not work properly and thus cause problems when playing a game.

When playing games such as Call of Duty Warzone, it’s important that to make sure that your computer meets the minimum system requirements. This means that your machine must have a discrete or dedicated graphics card (integrated GPUs won’t work), the CPU should have enough processing power, RAM is sufficient, and must be running Windows 10.

Below are the COD Warzone minimum specifications:

If your computer does not meet these barest of specifications for COD Warzone, this may be the reason why it keeps crashing and it can’t run the game normally.

Some Warzone players have reached out to us that they were able to fix crashing issue by changing the texture setting of the game. I can’t confirm if there’s a texture bug that causes Warzone to crash unexpectedly but this can be worth checking if you have no other working solutions.

Warzone game files can get corrupted due to a number of reasons. You should if you are dealing with corrupt game files after repairing or reinstalling the game.

There are other cases of Warzone crashing issues due to other programs or applications in a machine. At other times, virus or malware can damage system and game files.

How to fix Call of Duty Warzone crashing issues

When it comes to fixing crashing, freezing or errors on Call of Duty Warzone, there are a number of possible solutions that you can try. 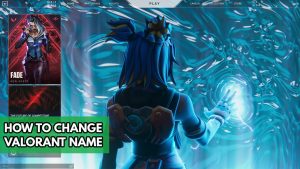