Millions of people are now gaming on Nintendo Switch more than ever so it’s not surprising that a lot of players may find sharing their games not just amusing but also a good way to make money. If you’re a budding Nintendo Switch gamer and you would like to show off your Animal Crossing New Horizons island by streaming, or by uploading to your new YouTube channel, getting a good list of capture cards to choose one from is an important first step.

For newbies, deciding on what capture card to get for your Nintendo Switch can be confusing as there are too many options. In this article, I’ll help you pick your first capture card by giving you the basics about the topic as well as some of the best ones I’ve personally used myself.

What is a capture card?

Although the Nintendo Switch has a built-in feature that allows sharing of gameplays (in screenshot and video forms), it’s hardly ideal for most people. The Switch only allows 30-second clips and up to 4 screenshots per post.

How do capture cards work?

Capture cards work by capturing video and audio signals from your console thru HDMI connection. In a Nintendo Switch setup, game video and audio are captured, recorded, and encoded by the capture card and then transmitted to a PC for processing.

If you want to record Nintendo Switch gameplays, your computer’s hard drive will save the gameplays so you can access the videos just like any regular video files later.

When using a capture card, you are no longer using the built-in recording capability of your Nintendo Switch. All you have to do is to simply play the Switch normally and let the capture card and PC do the heavy job.

Why use a capture card for Nintendo Switch?

Playing on a Nintendo Switch is fun but sharing your experiences with friends and family members is even more exciting. For those who want to showcase their skills, streaming can be a really fun way to make money off games.

How to pick a capture card for your Nintendo Switch?

If it’s your first time to invest in a capture card, there are a number of guidelines that you need to be aware of. Below are the important factors that you must consider:

What type of content do you like to create? Some capture cards may excel in recording high resolution video while others are designed primarily to stream video for long hours.

If you want to stream high resolution gameplays, then you should invest in capture cards with 1080p capabilities.

Some capture cards may allow recording of high resolution videos for editing later but may not be capable of streaming in 1080p, which is the highest resolution output of a Nintendo Switch.

Unless you plan on using your capture card with other consoles like the upcoming generations (PS5 or Xbox Series X) with higher resolution than 1080p, a capture card with a maximum of 1080p streaming output is sufficient.

Capture cards are expensive so one of the important things to consider is the price. If you don’t want to regularly stream your Nintendo Switch games, getting an affordable card should be enough.

If you are after rich quality videos when streaming, you should invest in more expensive cards.

Fortunately, the Nintendo Switch can only produce up to 1080p videos so there’s no need to get a capture card that features full HD or 4K capabilities.

As long as your capture card can make 1080p resolution at 60 frames per second, you should be good to go.

You should look for capture cards that are easy to operate. Cheaper capture cards for Nintendo Switch console may have confusing instructions, especially those from inferior brands so be sure to do some research before committing to one. Try to check Youtube and search for reviews about a certain product.

Don’t worry though. The list of capture cards that we include below have features and applications that professionals and casual gamers find easy to use with their Nintendo Switch.

Here are some of the best capture cards that I have used for the past 3 years for recording and streaming Nintendo Switch games. I started out using the Elgato Game Capture HD60 S so it’s my personal benchmark when measuring overall performance of other capture cards I’ve used. 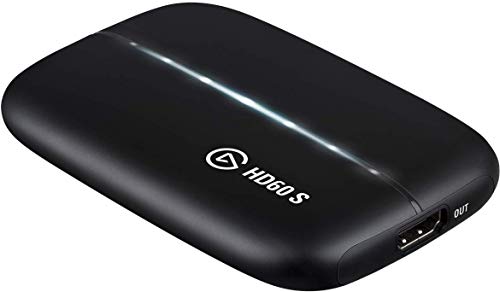 Elgato capture cards are popular among gamers for a number of reasons. Some of these reasons are reliability and being user-friendly. The HD60 S is a small yet powerful capture card that can comfortably work with a Nintendo Switch console, whether for recording or streaming.

It captures unencrypted HDMI signals of up to 1080p resolution at 60 frames per second.

In my experience, there’s no noticeable lag at all when recording or streaming from a Switch console, even after hours of use.

As far as software capture, Elgato provides its own Game Capture HD software although you can also use third party software like Open Broadcaster Software or OBS. Either software works seamlessly for me so it’s up to you which one to use.

HD60 S easily allows streaming to Youtube, Twitch, Facebook, Ustream, Dailymotion, among others. I specifically find the “Instant Streaming” feature handy as it allows me to easily stream on Twitch or Youtube in a few clicks.

If you are on a Mac, you will also find its “Flashback Recording” great as it lets you save game footage retroactively.

One of the weaknesses for this capture card though is its lack of support for H.264 encoder. This means that your PC will have to work harder since the capture card does not convert the HDMI audio and video signals when streaming.

When using the Elgato software, you can customize overlays or use one of the default ones. If you don’t intend to use third party software, the Elgato software is great as you have the options to add text, graphics, webcam feeds, web pages, or even animations while streaming. 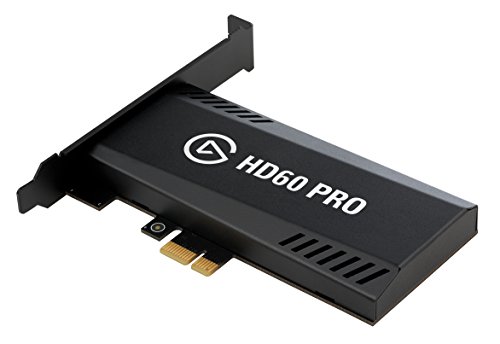 As you can see, the HD60 S is designed to be portable, which means that it hooks to your PC via USB-C. Sometimes, there can be a noticeable lag when the game hits an FPS spike. With the HD60 Pro, this lag is virtually non-existent since it’s installed internally in your computer. The HD60 Pro uses a PCI-e slot in the motherboard, making this card a lot faster.

The trade off for a PCI-e connection is portability. If there’s no need for you to regularly disconnect the card, then this is hardly an issue.

The HD60 Pro is great option for you if your computer does not have a good graphics card as it comes with an H.264 encoder, unlike the HD60 S. This means that your PC will not overwork every time you stream your Switch games for long hours. Like its HD60 S sibling, this card is capable of recording in 1080p at maximum of 60 fps.

One of its features that I find very handy is Instant Gameview as it lets your viewers see your screen without lag at all. With this card, you also gain the ability to conveniently review the last 60 minutes of your stream in case you missed pressing the recording button.

Some of the drawbacks for using this card includes lack of support for Macs and Windows 10 32-bit.

If you have a Windows 10 64-bit rig, then consider getting this capture card if you can afford it. 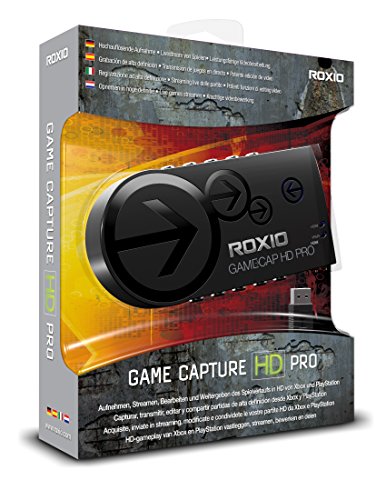 If you want good value for your money while still enjoying a number of essential features of a good capture card, the Roxio Game Capture HD Pro is for you. This card connects to your computer thru USB, just like the Elgato HD60 S.

It features a built-in H.264 encoder so there’s no need for you to upgrade your computer’s old graphics card. In fact, this card does not require much from your PC at all. It runs great on

Intel Core 2 Duo 1.8GHz processor or a similar AMD CPU. This means that even a regular office computer can work great if you plan on recording or streaming your Nintendo Switch games. Its RAM requirements is very minimal at 2GB and only needs DirectX 9 to work.

There are 2 significant drawbacks in getting this capture card though. One is a potential latency issue since it uses USB 2.0 and not 3.1. We say that the lag we experienced using this card is really negligible, but it’s understandable since we came from a capture card like the Elgato Game Capture HD60 Pro. If you plan on recording footage and not stream though, the lag is almost absent from your video.

The other weakness of this device is its lack of support for Mac. If you have a Mac, consider getting other capture cards.

And before we forget, the Roxio Game Capture HD Pro gives you a bonus as it allows inputs from older consoles like the PS2, GameCube, and even the N64. If you still have any of those and want to stream your games, this card is for you.

The Roxio Game Capture HD Pro records in 1080p at 30 fps, which is still perfect for your Nintendo Switch console.

If you are into 4K, you’ll be pleased to know that you can get a capture card that allows 4K recording at about the same price range as the Elgato Game Capture HD60 S. This card is the AVerMedia Live Gamer Portable 2 Plus.

A remarkable thing about the AVerMedia Live Gamer Portable 2 Plus is about its capability to record a video even without a computer!

While this card allows 4K recording, you will still be limited to 1080p when streaming. Overall, this capture card balances things out by giving you great value for your bucks while still allowing you to record high quality videos.

That’s it! We hope that this short list of good capture cards can help you get started with your Nintendo Switch recording or streaming.