The Samsung Galaxy S11, although a few months away from release, has managed to make its way to the leaks already. A new leak coming via @Onleaks and CashKaro has now revealed alleged renders of the upcoming Galaxy S11 Plus, the larger of the two flagships that the company is expected to launch in early 2020. 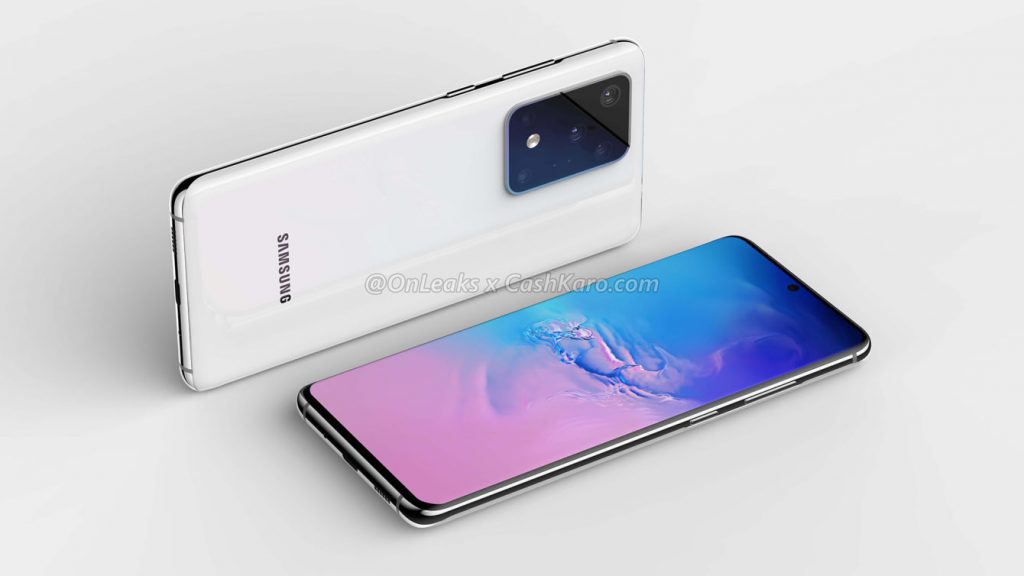 What caught our attention is the fact that this phone appears to have five rear cameras along with a couple of sensors, albeit we’re not told what it does. Previous reports have indicated that Samsung may be pushing to bring features like 8K video recording and a wide array of software features to boost photo and video quality, so the inclusion of five cameras could certainly help Samsung achieve that.

The render also reveals the front panel, featuring a curved display panel bearing the same design as Galaxy Note 10. It remains to be seen if this smartphone will have a 120 Hz display on board as previously rumored. The front camera is positioned on the center which is a welcome change from the predecessor, the Galaxy S10+. The renders also reveal that the phone will lack a 3.5mm headphone jack, which is barely a surprise given what we’ve seen on the company’s recent flagships, including the Galaxy Note 10. 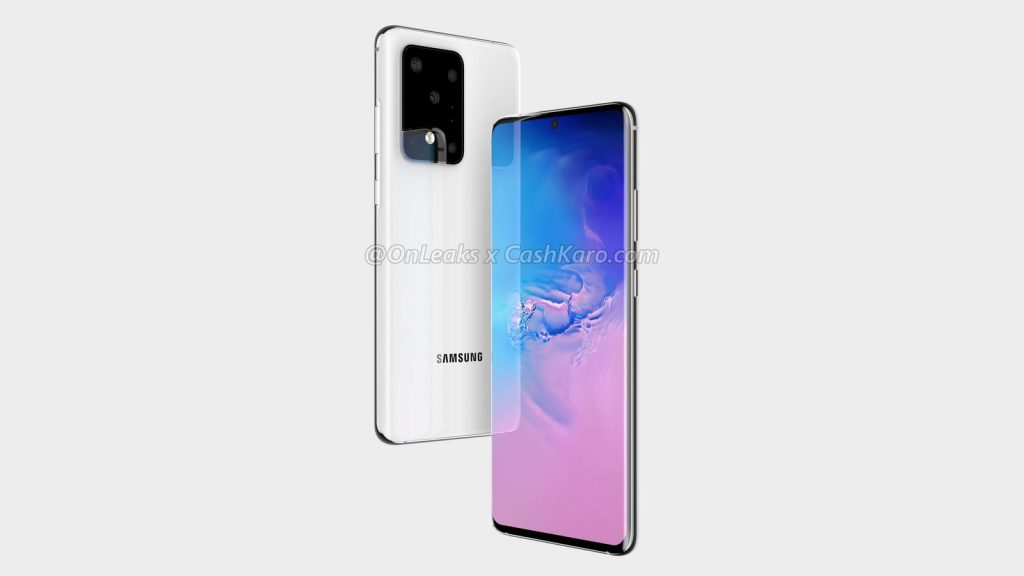 Since we’re still some distance away from the smartphone’s arrival, it may be too early to jump to conclusions. Keeping this in mind, we recommend taking this leak with a pinch of salt. What other features do you expect to see on the Galaxy S11 or the S11 Plus? Let us know in the comments below.