WhatsApp is one of the most widely used social media apps in the world today with millions of messages shared each day. However, this has also encouraged miscreants to misuse the platform by spreading disinformation. Keeping this in mind, the company was believed to be testing a “disappearing messages” feature that will self destruct after a predefined time. The latest WhatsApp beta (2.19.348) has now revealed that this feature will be known as “delete messages” while also giving us a good look at how the feature works.

As per screenshots accessed by WABetaInfo, if you’re part of a group, only the admin can choose to enable this feature. There also appears to be a dark mode screenshot displaying this feature, indicating that this is pretty close to rolling out. 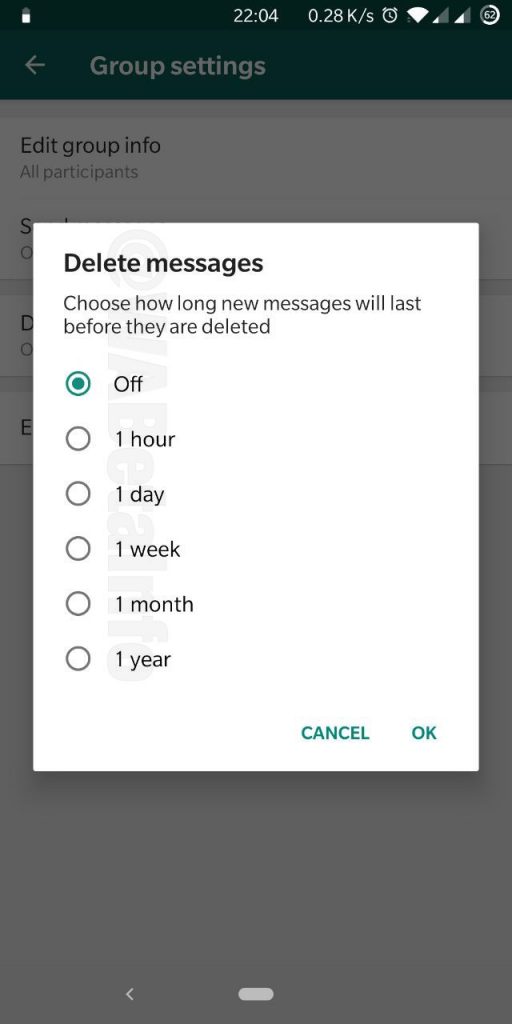 Even if you have access to WhatsApp’s beta updates, you will be unable to try these features out as they’re reportedly not enabled yet. For now, this appears to be limited to the Android version of WhatsApp, so it’s unclear if the company is also working on a similar update for iPhones.

Although it took a while, WhatsApp has risen to the top of the pile as far as instant messaging apps are concerned. One imagines that the Facebook acquisition had a big role to play in that. Although most of the WhatsApp core team is no longer with Facebook, the app has remained independent and without any interference from its parent company.

Are you a WhatsApp user? What do you make of the new Delete messages feature?