I will address the problem of one of our readers whose device, a Samsung Galaxy S6, started acting up after he downloaded the most recent update rolled up by Verizon. Apparently, the update was minor but it messed up the phone that its soft keys won’t function after it was installed. 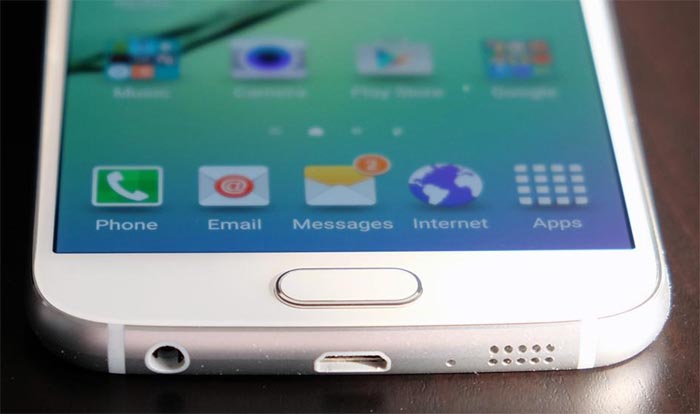 According to our reader, both the Recent Apps and the Back keys won’t respond when tapped. This problem has been going on for years and many actually encountered it with previous Galaxy phones but more often, it occurs if the update process was interrupted or the firmware was corrupt. In this case, the update was successful and it was a minor update that would probably fix a few bugs and improve or enhance a few features or apps.

For you to understand better how the problem started, here’s the actual message from our reader…

“Yesterday afternoon, the device ran a system update. The update took about 20 minutes, and two installs. During the process it drained the battery significantly (it warned it would), to around 5%. Phone immediately went into power saving mode. While it was charging i noticed the Recent Apps and Back button ceased to function (its acting as if they aren’t there).

I thought maybe the power saving mode turned them off,.. so I turned off the phone and let it come to a full charge before looking at it again. Same issue persists.” — Myron

Before going deeper into the problem, if you have other concerns with your phone, visit our Samsung Galaxy S6 Troubleshooting page and find an issue related to yours. Try the solutions we provided and if they didn’t work for you, feel free to contact us by filling up this form. Make sure you fill it up accurately so that it would be easier for us to assess your concern and provide your with appropriate solutions or troubleshooting procedures.

Obviously, the problem was triggered by the update. At least, now you know that even minor updates have the tendency to mess up some things in your device; in this case, it’s the soft keys.

If the soft keys still won’t function even in safe mode, then it’s confirmed it’s a firmware issue. Otherwise, you just have to find the app that might be causing the glitch and disable or uninstall it. Of course, it’s not really that easy to find the culprit, so you can either go through each of the app (which may take forever) or simply backup your data while in safe mode and perform a master reset.

But assuming that the problem remained even in safe mode, the next thing you will have to do is make sure all caches used by the new system are updated and new. More often, obsolete cache files may cause inconsistencies and may lead to this kind of problem. So, the next thing you need to do is wipe the cache partition. It is a directory wherein all caches by third-party and pre-installed apps including default services are stored. Wiping it will force the phone to create new ones.

After the reboot and the phone still shows the same signs of the problem, it’s time for a more general troubleshooting procedure–the master reset. This procedure will delete all apps, settings and files saved in your phone’s internal storage. If the problem was simply because some data got corrupted during the update, then reformatting the data partition will take care of the problem. However, if the issue were more serious than this, then the firmware needs to be reflashed or reinstalled. Here’s how you do the master reset…

If all else fails, you need to contact the retailer where you bought the phone or your service provider. Again, reflashing the firmware may fix the problem, if not then you can revert back to the previous firmware.