One of the better budget Android smartphones available in the market is the #Samsung #Galaxy #J3. This phone is designed to provide a great user experience without the usual high cost of a flagship smartphone. If you want to stay connected but don’t want to spend a lot on an expensive device then this is the perfect choice. Some of the great features of this phone include a 5 inch HD display, a quad core processor with 2GB of RAM, and a 13MP f/1.9 camera just to name a few. Although this is a solid phone there are instances when certain issues can occur which we will be addressing today. In this latest installment of our troubleshooting series we will tackle the Galaxy J3 screen flickers orange issue & other related problems.

Problem: Hello! So I have a Samsung galaxy J3 for around 10 months now and not so recently the screen has started to flicker orange! At first I could just pull down my notifications and it would go but now, more than 3/4 of the screen stays orange even after i’ve turned the power off! I can’t see nothing underneath the screen so I had to write this on a spare phone. When the screen stays orange it wont go off unless I turn the phone off but when I turn the phone back on the orange screen is back. I would like to try and keep the phone working until Christmas because that’s when I get money. Also I dropped my phone twice so could that be the cause of it? Is the worth keeping or should I get another phone?

If the above steps fails to fix the problem then it’s very likely that the display assembly has been damaged by the drop. The best thing to do right now is to have this checked at a service center.

Problem: So my power button on my Samsung galaxy J3 is unresponsive in a particular way. When the phone is on it will not put the phone in sleep mode and when it is asleep it will not wake it up. And power options won’t pop up either. However I can force restart phone while it is on and can power up with just the power button when the phone is off. It’s quite odd that it’s only unresponsive to sleep/wake commands and power options by holding power button. Please help can it be fixed or do I need to return it to store for replacement.

Solution: The best way to troubleshoot this problem is to check if it is caused by some software glitch. Start the phone in recovery mode then wipe the cache partition of the device from here. Restart the phone then check if the issue still occurs. If it does then you should backup your phone data then do a factory reset.

Problem: My galaxy j3 is acting up. For the very first time since getting it, I powered it down. After doing so later I tried to turn it back on. Now it’s trying to load it looks like and is just stuck on a white screen with buffering indications. I have tried reseting it and temporarily disabling the third party. I removed the battery for 30 seconds and put it back in, I tried placing it on the charger. I don’t know why it’s stuck,  it’s brand new and I’ve only had it for three days.

Solution: Does your phone have a microSD card installed? If it does then try removing this as this might be causing the problem. In case the phone does not have a microSD card or if the issue still occurs with the card removed then proceed with the troubleshooting steps listed below.

In case the above steps fails to fix the problem then you need to bring the phone to a service center and have it checked.

Problem: I have a Samsung galaxy j3. I was trying to sign up for a club using a 5 digit number and the box popped up to always allow or deny these messages because they can result in data charges, I meant to push allow, but pushed always deny!! Help! I can’t find a setting anywhere to go back and change it! I tried the reset not factory reset but the one that changes settings back to normal and it still didn’t fix it.

In some software versions this setting is not available. If this is the case in your phone then you will need to backup your phone data then do a factory reset. Once the reset is complete try sending a text message to a premium number and when a pop up appears make sure to choose the allow option.

J3 Touchscreen Unresponsive After Getting Wet

Problem: Hi, My daughter dropped her phone in the toilet, she fished it out quickly, removed the battery and put it in rice for about 24 hours, it turns on, it picks up the wifi, she’s receiving messages from messenger and text messages, we see the log on see and it gives her the pad to unlock her phone, however the phone will not react to the touch, it won’t let us put in her code and when you press on the number pad it does not register the number you’re pressing on the screen, so it’s almost as if the screen is locked to sensing her finger touching it……….

Solution: It looks like this issue is caused by a water damage hardware component possibly the phone display. The best thing that you can do right now is to bring the phone to a service center and have it checked.

Problem: Everything is working just fine except for Facebook just keeps flickering. I already reboot phone. I took battery out and put it back on. And I removed and reinstall Facebook. After doing all those things it’s still not fixing the problem so what is that I need to do that would fix the problem.

Solution: Does this issue only occur when using the Facebook app? If it does then here are the things that you need to do.

In case the issue still persists then I suggest that you try accessing your Facebook app from the Chrome browser first until a newer version of the Facebook app is released which could fix this problem. You should also consider using the Facebook Lite app.

J3 Will Not Charge

Problem: My phone wont charge i have tried 2 different charging cords my wife’s work good on both cords and we only have had these phone not even a month

Solution: What you will want to do first in this case is to clean the charging port of the phone using a can of compressed air. Make sure to remove any dirt or debris stuck in this port. Once this is done try charging the phone. If it doesn’t charge then try the following.

If the above steps fails to fix the problem then you will need to have this checked at a service center. 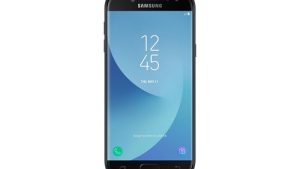 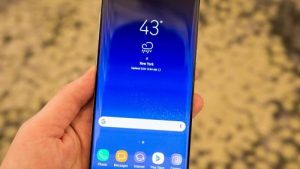 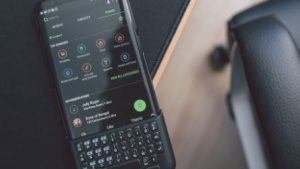