So you’ve got a Samsung smartphone, and you’re looking to unlock it so that you can use it on more than just the original network that it was purchased on. By unlocking a smartphone, you’ll be able to swap out the SIM card for another network, giving you better chances at improved signal strength in the area that you’re traveling to. Not only that, but with an unlocked phone, you can put an international SIM in, which gives you access to cheaper, international data.

That sounds nice and all, but how exactly do you unlock a Samsung phone? Follow along below, and we’ll show you how.

The first step to unlocking your Samsung phone is to do some research. You can either for your carrier’s Unlock Policy online, where many of them have it detailed and available. Or, you can call up your carrier and ask a Customer Service Representative about their Unlock Policy. They’ll be able to point you in the right direction, and they might even be able to help you out with the unlocking process.

The process really is different from carrier to carrier. For example, some will have a longer list of prerequisites that you’ll have to meet than others. Others ship their phones unlocked from the get-go. That’s why it’s important to do your research and find out what your carrier’s requirements are — some actually want you have to have an active line of service for a straight 180 days before they allow you to unlock it.

Once you verify the requirements that your carrier imposes on you, you can actually start the process of unlocking your device. Again, this varies from carrier to carrier — some have an online request portal, where others have an automated app where it’ll automatically verify that prerequisites are met, and then display a unlock code on the screen, as well as text the code to you.

It’s worth noting that many carriers out there will allow members of the military to skip out on the prerequisites, so long as that these people are able to provide deployment papers as part of the verification process. This allows service members to insert a local SIM to whatever country that they are traveling to. Generally, an expedite is usually involved in the process when it comes to military members, so it’s always best to get on the phone with a customer service rep or bring verification in-store.

Red tape is unfortunately a thing that you have to wade your way through on almost every carrier out there; however, if you want to skip it, and don’t mind paying an extra few dollars to skip it, you can use a third-party service to unlock your phone. Using a third-party unlocking company can get your phone operating on another network in no time, and without all of the red tape from your carrier. Many current services out there can unlock phones by brand or by the carrier that it’s locked to. It does usually cost some money, which can range from a couple bucks all the way up to an average of $60.

You will definitely want to make sure that you’re using a service from a reputable company — the amount of unlock services out there that are a scam is quite high. If you don’t do your research properly, you might end up handing your money to one in return for, well, nothing. Once you purchase a code, it’s usually sent directly to the provided email, and then you can follow the included steps to unlock your phone.

Requirements that have to be met vary from carrier to carrier, and those requirements are generally pretty strict. That’s usually because they want you to stay on their network and not head off to a competitor’s network. However, every carrier still has its own long and strict process for unlocking a phone. But, if you don’t meet those requirements or get denied, you can use a third-party service to unlock your phone, if you’re willing to pay the added cost.

Have you unlocked a Samsung phone before? Did these steps work for you? Sound off in the comments section below. 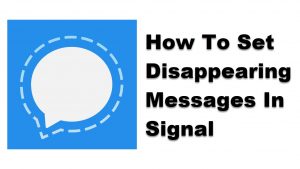