Are you having a hard time turning on your Nintendo Switch OLED? In this guide, we’ll show you an extensive list of solutions that you can do to bring back your console back to life.

Causes why your Nintendo Switch OLED is not turning on

There are a number of factors to consider when dealing with OLED-Switch-won’t-turn-on issue. We scoured the internet for the most common reasons for power failure and charging issues on this console and so far, these are the things that we’ve come up with:

How to fix OLED Switch won’t turn on problem?

One of the common problems that we encounter with the latest Nintendo Switch, the OLED Switch variant, is power-related troubles. If your Nintendo Switch OLED does not seem power back on normally, here are the potential fixes that you can try.

In majority of cases, users who complain about their gaming console failing to power back on miss one thing – their Nintendo Switch has simply drained the battery, or that they forgot to charge.

If you have multiple charging accessories for your OLED Switch console, try charging the system using the original Nintendo cable and AC adapter.

Speaking of charging accessories, be sure that what you’re using are all good and working. This is the second most common reason why some OLED Switch won’t turn on.

If you have kids at home, it’s possible that the dock might have been dropped so also check for cracks. The dock has a circuit board inside with a few components. A drop can potentially damage the board or a component. Try checking for bent pins, bent adapter, or other signs of damage in the dock.

You also want to inspect the charging cable and the AC adapter, if you’re using that mainly to charge your console, for visible signs of damage. In my experience, the charging cable that came in the box looks pretty robust and I never had a problem with it for years now. If you think that your own charging cable may have some damage due to wear and tear, try getting a new cable instead.

When checking for possible problem with the charging accessories, pay attention to the port in your Nintendo Switch as well as possible dirt, lint, or debris that might block the USB-C port.

Solution #3: Use a different charger.

If your own of charging accessories fail to charge and your Nintendo Switch won’t turn on after waiting for about 30 minutes, try to see if you can make things work with a new charging cable, dock, or AC adapter. This only applies if you know someone with a good working Nintendo Switch at the moment.

Using a power bank might also help in this situation. If you have that, try to see if you can restore the battery with it. Again, be sure to leave the Switch charging for at least 30 minutes or longer before you attempt to power it back on.

If you have a favorite wall socket at home to connect your Nintendo Switch dock or AC adapter, try not to use it at this time. Find a known good working wall socket and charge your video game console from there.

Solution #4: Perform a forced reboot and turn on Switch manually

At times, a Nintendo Switch may appear to be dead because it has become unresponsive and the screen is black. This can sometimes occur when the system is left running for a long time, or when it can’t resolve an internal error on its own.

You can check if this is the case by doing a forced reboot. To do that, just press and hold the Power button for 12-15 seconds until the system responds. After pressing and holding for the stated period, release the Power button and see if the console will boot up normally.

If the Switch won’t turn on only when connected to the dock but works fine on handheld mode, it may caused by poor connection. Try unplugging and replugging the HDMI cable from the dock and TV and switch the ends. Then try to check for the problem again. Be sure to also check if the HDMI port in the dock and in your TV are clean and not blocked by a foreign object, dirt, lint, or debris.

If you have a spare HDMI cable, try that to see if there’s a problem with the HDMI cable you’re using now.

If the Nintendo Switch won’t turn on still, a more drastic solution is necessary at this point. Your Nintendo Switch may have encountered a deeper trouble with its software which requires reverting it back to its defaults. This process is called a factory reset and should only be done as a final step in your troubleshooting.

The reset that we’ll show you here requires the use of hardware buttons. This is the only way to go since you are obviously dealing with an unresponsive Nintendo Switch. Also known as a hard reset, the process is very straightforward yet usually effective in fixing software problems.

Bear in mind that a factory reset will delete all user files such as unsaved local save data or game progress, as well as your unsaved screenshots and other files.

Here’s how it goes:

For many people, a hard reset is enough to get their Nintendo Switch back to its normal working state. However, if your own Nintendo Switch won’t turn on still afterwards, you can assume that there may be hardware failure or malfunction behind it. It can be a battery problem, or it can be caused by a broken part inside.

At this point, we recommend that you contact the Nintendo support team so you can request for console repair or replacement depending on your warranty status.

Tips to keep your Nintendo Switch in good running condition

They say that prevention is always better than cure. The same is true for your console. Keeping the console is top shape all the time is better that having to fix Nintendo Switch power issues. Here are the best practices that you can do to keep your OLED Switch running smoothly. 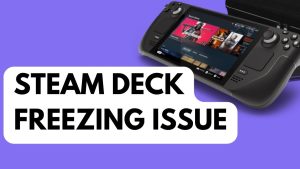 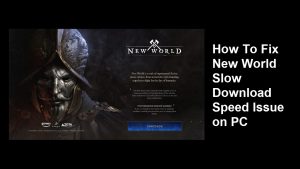