Today’s troubleshooting guide talks about how to address screen problems for the #GalaxyJ3. Of special note is the first case, which is technically not a screen issue, but rather a malware problem. The user who reported that her J3 keeps getting an add that covers the screen wants to know if there are other ways to deal with malware or adware other than a factory reset. Indeed there are so if you’re wondering the same too, keep reading.

Problem #1: How to fix Galaxy J3 keeps showing a full page ad on the screen (due to virus)

Hi. One day a blank, white screen with blue on the top, that still showed my battery charge, time, etc., kept popping up, like every minute. It would make my games freeze, and it would mess up whatever else I was doing at the time. Most of the time, it was followed by a full page ad. Most of the time, I could hit the back key and it would take me back to where I was before. It is driving me crazy! Just this text has taken me 10 times longer to write because of this issue! I think it started when I downloaded a cleaning app., but I uninstalled it right away, but, this problem stayed. I’ve tried everything, but doing a factory reset, which I would like to avoid, IF possible! Thank you, and can’t wait to hear from you!! — Nicole Nikkitager2

Solution: Hi Nicole. You don’t have a bad screen issue but a probable malware infection. Android viruses or malware are usually transmitted by legit-looking apps such as games or, in your case, a cleaning app (which is why it falls on you to be always on the lookout for things you add to your device). Usually, even if you delete the app that originally let the virus come in, the latter stays because it’s now considered a separate app or service from the first one. This second app may or may not spread more viruses to the system so it may become tedious to track all of the unwanted contents after some time. That said, the most effective way to clean your phone up right now is by doing a factory reset.

If you don’t want to do that right away, there are two options that you can try:

Use Android antivirus to scan your phone

Using an antivirus to clean up an infected Android device is a hit-and-miss and can’t guarantee a solution. Virus developers and antivirus makers are constantly in a cat-and-mouse situation. Unless the malware that’s in your phone are dated and common, there’s a good chance that even the most effective antivirus that’s available in the Play Store right now may not work. Still, this is the most efficient way to address your problem right now.

Make sure that there’s only one antivirus app installed at one time on your device. A bundle of them won’t do any good. Having multiple antivirus apps running all at the same time can significantly slow the system down. Install one at a time.

Clean the phone up on safe mode

If your phone remains infected after installing an antivirus app, the next good thing to do is load the phone to safe mode. It’s a separate software environment so no third party apps, the ones added apart from the preinstalled apps that came with the device, can run. The thing is, that’s basically what safe will do for you. It won’t pinpoint the bad app that’s causing the issue for you so you have to spend time and effort in searching for it. We don’t recommend that you go this route but if you’re interested to avoid having to do factory reset at all cost, then go ahead.

To restart your phone to safe mode:

To know which app is causing a problem, follow these steps:

I bought my phone on Dec 2017 and just 3 days ago it fell from the sofa on the floor and several hours later a green spot showed up on the right bottom side of the phone and since then it has widen gradually and i think it will continue until it covers the entire screen. The screen itself is good it isn’t damaged at all but only this green spot showed up and i dont understand why. However, the phone system and all the apps are working normally just like before. I hope you can help me with this, becuase i already consulted a phone service store and they said there is nothing we can do to fix it. — Mersila Velija

Solution: Hi Mersila. Any abnormal screen discoloration or spot is usually a sign of hardware damage or malfunction. If the green spot only started showing up immediately after the phone was accidentally dropped, the screen must, though showing intact, may be damaged. To check, try to boot the device to Recovery Mode.

Recovery Mode is a separate environment that runs independent of Android. This means that if you run your J3 on this mode, Android is off. So, if the green spot you’re seeing is caused by an app or Android bug, it should be absent on Recovery Mode. If the screen continues to display the green spot even when your phone is on Recovery, that’s a clear sign of a damaged screen. Hardware defect of this type persists regardless of the software mode running on your device.

To boot your J3 to Recovery Mode:

If the screen is physically damaged, the only way to fix it is by replacing the monitor, the part of the display assembly that shows the images. That means you’ll need to contact Samsung for it.

If the green spot does not show when on Recovery Mode, make sure to factory reset your phone to see if it’s software bug.

Hi guys. So i fell thru a rotted floor into a cellar in an old abandoned house while exploring on my mothers day. the cellar that i fell into had 3 feet of frigid water and gross things floating in it too.  im ok i think – a lot scratched and a little shaken, my samsung j36 went under in my pouch but i got battery out and dried phone within secs. its been couple days drying and everything works except the screen swipe. a tech wants to sell me a new screen/unit. $128.00 the moisture indicators are clear. any suggestions? thanks again p.s. i didnt know the version so i just put ?? in the field sorry. — Mary

Solution: Hi Mary. The Galaxy J3 is not water-resistant so even a quick dip in water can potentially cause a short in the motherboard or screen and damage them. There’s no amount of drying that you can do to fix a damaged screen or hardware. If your phone’s touchscreen has stopped responding after this water incident, then the display assembly or its part must be toast at this time. Hopefully, the issue is only isolated to the screen because if it’s not, your $128-repair may not fix the issues for good. At this time, we suggest that you talk to a technician and see if he or she is positive that water damage is only in the screen portion. Remember, water may have also gotten into the motherboard where other components are. Sometimes, water damage may not cause problems weeks or months later, when the corrosion has significantly damaged the parts already. 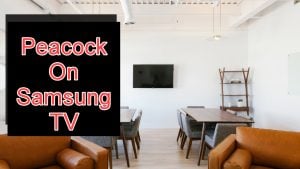