Many #Samsung Galaxy S7 (#GalaxyS7) owners have been anticipating the roll out of the Android 7 #Nougat update but such anticipation could easily turn into frustration if the update brought along problems instead of promised improvements and fixes. Such is the case of some of our readers who contacted up because after updating their phones, they were greeted with power related issues. 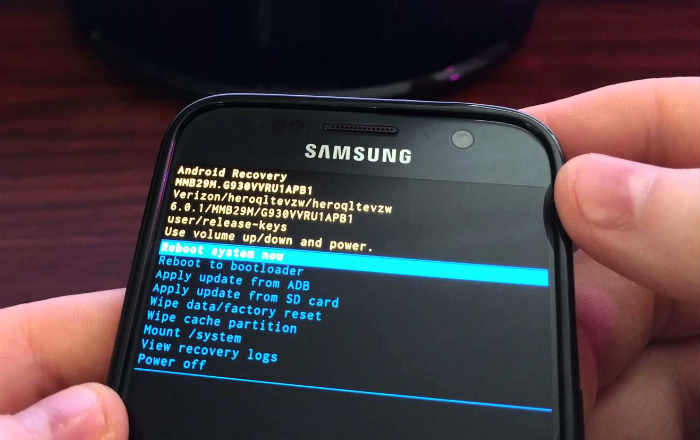 Read on so that you will learn how the issues I tackled in this post were triggered and how to prevent them from coming back in the future. Go through the list of the problems below and click on the link to jump to a specific issue or section.

Before we jump right into our troubleshooting, if you have other concerns, make sure you visit our troubleshooting page for we have already addressed hundreds of problems with this device. Find issues that are similar with yours and use the solutions or troubleshooting methods we suggested. If they don’t work for you or if you need further assistance, fill up our Android issues questionnaire to contact us.

Problem: Taken new S7 galaxy yesterday a notification came for system update so done complete downloading. when i woke up early morning my hand set was not working ,no indicator while charging, no sound. performed reset but not working. (vol down+power )button.

Troubleshooting: Obviously, the issue started when the new update was installed to your Samsung Galaxy S7. The best thing that you can do now is to learn first if the device is still responding, you will need to run a diagnostic procedure to do that. In your statement, you’re trying to force reboot your device by pressing the Power key and Volume down key, but to make sure that you did it right, you need to perform it again by following the step-by-step procedure we recommend below.

We recommend to perform this procedure again since we don’t have an idea how you did it but we will give the steps how to do it. To give you an idea of the purpose of this procedure, it basically perform a simulated battery pull, just like pulling out a battery from devices that has removable battery since we all know that Samsung Galaxy S7 has built-in.

Boot to Safe and Recovery mode

If force reboot didn’t work or doesn’t do anything, then boot your device to safe mode. It is possible that this issue is caused by a third-party apps, there are this kind of apps that can damaged or corrupted some files especially incompatible apps because it will force the device to launch it and create a file on their own.

The Safe mode is not a solution but to determine if your device will run smoothly without third-party apps running, it will temporarily disabled all third-party apps and run only the pre-installed. Here’s how to do it:

If your device won’t boot to Safe mode or it did boot but won’t boot back to normal mode, the next thing that you should do is to boot in Recovery mode, this mode is a diagnostic mode as well the same with Safe mode, but there are choices that you can choose from downloading an update to master reset your device. Do this procedure first to see if the device will respond before choosing an option. Here’s how to do it:

Now, if your device was able to run in this mode then we recommend to choose the ‘wipe cache partition option to clear the old temporary files. If you are seeing the options, follow this next steps:

If all procedures fails or didn’t resolve the issue, I think it’s time for you bring the device to the nearest local Samsung service center and have the professionals handle the issue. It could be a serious issue or hardware-related problem, as early as now it can be taken care of to avoid bricking the device.

Problem: Hi. My phone is a Galaxy S7. I bought it brand new and it worked perfectly ever since. Recently, however, there was an update that I downloaded that seemed to have caused the problem. It seems to have been frozen and won’t respond anymore. My friend told me to reboot it but it still won’t. I don’t have much knowledge when it comes to troubleshooting devices so I’m hoping you guys can help me.

Troubleshooting: It seems like the Nougat update messed up your phone but as to what extent, we really don’t know. So, we need to troubleshoot your device for us to know what the problem really is that way we would know how to fix it. That said, here’s what you should do…

It’s possible that the system crashed after the firmware got updated; it happens a lot. More often, a simple reboot may not work because the device just won’t respond to matter what. So, here’s what you have to do: press and hold the Volume Down button and the Power key for 15 seconds.

If there’s enough battery left to power up the hardware and if it was indeed caused by a system crash, your device should reboot normally after doing the forced reboot procedure.

There’s a possibility that battery got drained that’s why your device simply just won’t respond nor reboot. So, plug the charger to a wall outlet and then plug the charging cable into your phone. Aside from making sure there’s enough battery, we’re also trying to find out if the phone is still capable of charging because if not, then we can say it’s a hardware problem, in which case, you need a technician.

But assuming the phone charged when you plugged it in, allow it to charge for 5 minutes and then attempt to turn it on normally. If it won’t respond, then do the forced reboot procedure but this time while the device is plugged in.

Step 3: Attempt to boot it up in safe mode

There are always apps that may become incompatible with new firmware unless the developers would roll out updates for them. So, it’s possible that one or some of the third-party apps in your phone is  causing this problem. Therefore, booting up in safe mode would be very helpful because if successful, all you need to do is find the app that’s causing the problem and uninstall it. Follow the steps on how to boot in safe mode in the first problem.

Step 4: Attempt to boot your phone in recovery mode

We’re just trying to find out, at this point, if the phone is still capable of powering up all its hardware components because if so, then you can rest assured it’s not a hardware related problem. Also, if the phone can actually boot up in recovery mode, try wiping the cache partition and if that won’t work, do the master reset. If all of these methods failed, then seek assistance from a technician.

Samsung Galaxy S7 won’t turn on after an update

Problem: Hi! I just had this phone (Samsung Galaxy S7) for 2 weeks now, a few days ago the screen started to keep flashing and sometimes it stays black for several minutes and then go back to the last app I was on. It started when I downloaded the new update by the time I received a notification that a new version is available. It came out of nowhere, and now, it stays black and won’t respond even I long press the power button. Is it somehow the update brick my device? Is there a fix for this issue? Thank lots!

Solution: Just like the issue above, the cause might be the new update or it could be a third party app. There are other possibilities to consider as well, sometimes the device will give up because of excessive use, like playing games for hours without resting. That can be considered as one of the factor the device turns black and unresponsive. We recommend to run a few diagnostic tests for your device to narrow down the issue.

You can start by performing a force reboot to your device, just press and hold the Power key and Volume down for about 7-10 seconds and let it reboot. It will do a simulated battery pull since this device has built-in battery. If it won’t do anything, then boot your device to Safe mode or Recovery mode. You can refer for the steps above, the purpose was explained as well.

If ever you were able to boot up in Recovery mode, we will recommend performing the master reset right away. It could be that there are several files was corrupted or damage during the update, by doing a master reset, it will restore your device back to defaults and you can install the new update again as well as install those important apps that you are using.

You can try and plug in your device to a PC and see if it recognizes your device. If so, then start making backups of important files, then proceed performing the reset. Here’s how:

If all this procedure didn’t work, bring your device to the nearest service center, it could be a serious problem that only the professionals can handle. Bring the necessary papers as well, like the warranty if still active.