We’ve already published an article on how to troubleshoot a Samsung Galaxy J7 that won’t charge, in this post, I will address an issue involving the same device that won’t turn on as it is also one of the most commonly reported power-related issues and we’re pretty much sure J7 owners will be able to experience it sooner or later.

At A Glance: How To Fix Samsung Galaxy J7 Won’t Turn On After It Turned Off On Its Own

We did the not charging issue article first as battery is very essential when troubleshooting. Needless to say we cannot troubleshoot a device that won’t turn on or doesn’t charge when it drains its battery. In the world of smartphones, power is king so a beautiful smartphone like the J7 will become just another expensive paperweight lying on your table if it doesn’t turn on or charge.

Now that we’ve established, the importance of the battery or power on your smartphone, it’s time we present the possibilities why your device won’t turn on and we will base our troubleshooting on those possibilities:

Now, based on these possibilities, here’s what you need to do: 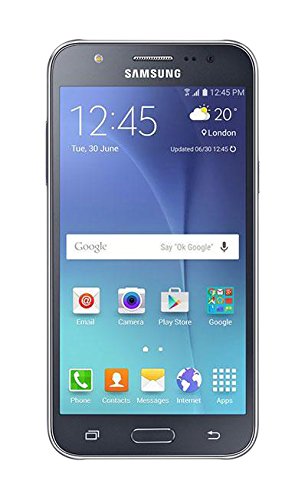 One of the good things with the J7 is that it has a removable battery. It’s something you should be thankful for because you can isolate what the problem really is. So, the first thing you need to do is to perform the battery pull procedure, which, by the way, is very effective in fixing minor firmware and hardware glitches. Here’s what you need to do:

If the phone turns on after this very simple procedure, then the problem was caused by a simple firmware issue.

If the problem persists after doing the first step, then try to charge your phone to rule out the possibility that the problem is caused by a drained battery. Aside from the obvious reason, you will also know if it responds when it detects that current is flowing through the circuits. If it doesn’t, then you should first address the non charging issue before you continue your troubleshooting. The phone should be able to charge first, read this post here: How to fix your Samsung Galaxy J7 that won’t charge, other charging issues [Step-by-step Troubleshooting Guide].
If you can bring the phone to charge, then leave it plugged in for at least 10 minutes before trying to turn it on. If it doesn’t turn on but charge, proceed to the next step but if it neither charges nor turns on, it’s time you send it in for checkup and/or repair.

You do this if the phone charges but still refuses to turn on. You’re actually trying to find out if the phone would boot up when all third-party apps are disabled or if it powers on when the Android interface isn’t loaded. So, try to boot up your J7 in safe mode first, here’s how…

If the phone boots up in this mode, then the problem is solved partially, or at least, we know it still powers on and that’s something. But if it won’t power on in safe mode, then try booting it in recovery mode and if successful, continue wiping the cache partition:

Step 4: Seek assistance from a technician

If the device refuses to turn on after steps 1 to 3, then there’s nothing much you can do about it. It’s time you sought assistance from a technician or from your service provider. Bring the phone to a local shop or to the store where it will be checked and tested by a tech.