If your Samsung Galaxy S10 won’t turn on, one of these two things must be happening: either the device has suffered a fatal hardware error, or that it’s having trouble booting up. The first one almost always results to repair or unit replacement, while the second one can be fixable on an end user’s level.

In this post, we will guide you in troubleshooting your Galaxy S10 that would no longer turn on for some reason. Continue reading to learn more about this problem and its solutions.

Your Samsung galaxy s10 may not turn on due to a number of reasons. Keep in mind that you want to differentiate No Power issue from won’t-boot-up problem. The latter means that Android is trying to boot up normally but is unable to do so for some reason. The hardware though is generally intact, functional and the device is turning on. In this section, we want to deal with total No Power issue first.

Common causes of No Power issue

A top tier phone like the Galaxy S10 may have amazing hardware but just like any other electronic device, it’s not totally immune to problems. These are some of the common reasons why your phone may be failing:

In general, there’s only so much that a user can do if a phone like the Galaxy S10 fails to turn on. In most cases, there may be a need for repair or replacement. Before you do that though, these are some of the troubleshooting steps that you can try on how to fix a Galaxy S10 won’t turn on issue.

Try a forced reboot. All Samsung devices with power issues can benefit from a restart. Even in this extreme case, you don’t want to skip this simple solution. Here’s what you need to do: Press and hold the Volume Down button and the Power key at the same time for 10 seconds or until the device’s screen turns on.

Should that won’t change anything, you can then try these steps:

Check the charging port. Another common reason why a Galaxy device fails to turn on is the lack of power and that’s because there’s something in the charging that prevents it to charge. Try to check the charging port using a magnifying tool if possible. If you see that there’s dirt, lint, or foreign object inside, that’s probably the reason why the battery has died. Use a canned of compressed air to blow away dirt or lint. Avoid sticking anything inside in order not to damage the system.

Charge in another area. If you tend to charge in a particular area most of the time, there’s a chance that there might be a problem with the outlet. Move to another location and see if a different outlet will allow charging.

Check the screen. Some users may mistake a black screen issue for No Power issue. This often happens after dropping a device which results to damaged screen. If your phone still makes a sound, vibrates, or shows LED light indicators although the screen stays black, there must be a hardware malfunction with the screen only. Try to force restart your phone to see if that helps. If nothing changes, have the screen replaced by Samsung.

Get professional help. If the phone remains unresponsive and won’t turn on at all after doing all the suggestions above, it’s time for you to get Samsung’s help. Visit your nearest Samsung Service Center and let them diagnose the problem.

What to do if Samsung Galaxy S10 won’t boot up

This type of issue presumes that the device is not totally dead but otherwise remain unusable because Android won’t load. If your Galaxy S10 has trouble booting up, these are the things that you must try:

Forced reboot. As mentioned above, forcing your device to reboot is one of the basic troubleshooting steps. Follow our suggestions above and see if everything turns back to normal afterwards. If the cause of the problem is due to a temporary bug, this might help fix it.

Boot to Safe Mode. Restarting a device to safe mode is a good way to check if a problem is caused by a third party app. On Safe Mode, all downloaded apps are suspended. This means that if your Galaxy S10 boots up normally on Safe Mode, but returns to its problematic state after restarting it, an app is to blame. Learn how to boot to safe mode below.

Boot to Recovery Mode. Recovery Mode is a software environment that is independent of Android. It offers a number of options for a technician to fix Android-related issues such as cache partition wipe, factory reset, and more. Try to restart the phone to Recovery Mode if Safe Mode won’t help. Here’s how to do it:

Send it in. If your Galaxy S10 refuses to boot to Safe Mode or Recovery Mode at all, or if nothing can be done to make it responsive again, the cause of the problem must be something that’s beyond your ability to fix. There may be an Android bug or a hardware failure behind it. Again, you want to let Samsung handle the situation for you from here on out.

Hopefully, one of the suggestions mentioned here will help on how to fix a Galaxy S10 won’t turn on issue. Let us know if you have any other problem with your device by contacting us. 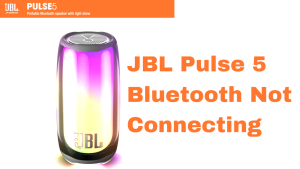