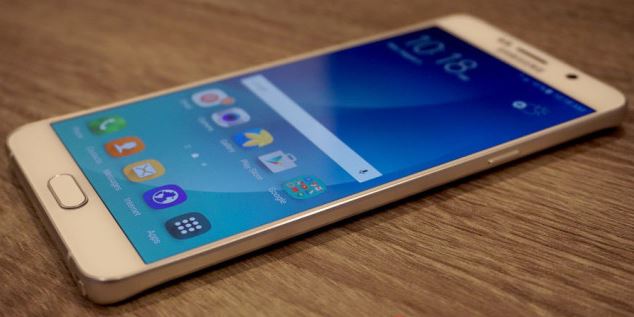 Samsung’s most recent phablet, the #GalaxyNote5, appears to be as vulnerable to power issues just like its predecessors as shown by the cases below. For those looking for answers to their power or charging issues, try to check this post and see if our suggestions will work in your case.

My Note 5 is in a brick state at the moment. It is unable to boot up because of the error “Custom Binary block by FRP lock”. I have tried to factory reset the phone by going into the recovery mode but it won’t factory reset either.

When I put the phone in download mode and try to flash the stock image or any other image it fails via Odin. Using the latest version of Odin and the latest Samsung drivers for Note 5 on Windows 7.

Prior to this issue I rooted my phone via Odin and it didn’t go well. The phone kept rebooting by itself so I decided to unroot it using SuperSU app. I did the unroot and restart, after that the phone never came up.

I have tried everything in my power to resolve the issue but to no avail. Samsung support won’t help either because the phone apparently is rooted according to them.

Can you please assist me as my phone is completely useless. Thanks for the help in advance. — Muhammad

Solution: Hi Muhammad. FRP lock, also known as Factory Reset Protection lock, is a new security feature for devices running Android operating system 5.1 and higher. This new feature is designed to prevent unauthorized factory reset or software modification of a device without a user’s permission. This feature uses the registered Google account on the device as the verification measure to check if the software modification being done is authorized or not. That your device shows the “Custom Binary block by FRP lock” error means that there is a Google account logged in. FRP feature is only enabled if a Google account is present on the device. It also means that the phone you are working on have screen lock feature enabled. Your device should have prompted you to enter the correct lock screen as well as your Google account credentials to perform a factory reset or software modification in the first place. Did you do this? If the phone didn’t prompt you to enter your Google account credentials, try to call Samsung and ask them for more direct assistance regarding this new FRP lock feature. Or your can visit Samsung’s site to know more about it.

Because it’s a new security feature, there is no known hack to bypass it at this time. If reflashing via Odin does not work for you, we don’t know any other means to resolve the issue you have except to tell you to ask Samsung for help. We know that you have already attempted to do that but try to call them again and simply tell them that you lost access to your Google account. Perhaps they can be persuaded to assist you if you can present proof that you are the rightful owner of the device.

This doesn’t happen all the time but it has been happening more than usual lately. I don’t charge my phone until it’s in the 1%-5% range and now it doesn’t fast charge like it’s supposed to. I plugged it in this morning at 1% and it says approximately 6 Hours and 54 mins until fully charged & yes I am using the original charger that came with the phone. — Randy

Solution: Hi Randy. We know that the international version of Samsung Galaxy Note 5 has an on/off switch for fast charging feature just like in Note 4. Make sure that it is turned on under Settings>Accessories. If you don’t have that option, your carrier must have removed it.

Another good thing to try is to boot your phone in Safe mode while charging to see if the feature works. A third party application may have messed with the firmware or this specific feature on your phone. To boot in safe mode, just follow these steps:

My Note5 was having issues so I went to the store and exchanged it. Then the next day I saw this post. You guys said if the issue still happens after all of the steps you included, then to exchange the phone. I don’t have any apps on my phone and it happens randomly even if the phone isn’t hot. So I thought I would give you guys an update, so you can use this in future posts about this issue. — Joshua

Solution: Hi Joshua. Random reboot is only a sign of a deeper problem. It can be a product of a hardware malfunction, malware, other software problems, or a combination of them. A defective battery, a corrupted application, or a virus can cause the phone to restart on its own for instance. The tips we provide in our blog may sometimes work in some cases but may be totally useless to another device that shows a similar symptom. If you’ve noticed, all of our tips are meant to fix software issues only. If a new replacement phone like you have exhibits the same symptoms, there might be other factors that trigger the random reboot issue.

If you recycled the same SD card from your old phone, try to remove it and observe your replacement phone again without it for a few days. It’s not unheard of that a defective SD card forces a device to restart on its own.

Running in safe mode for a few days will also help you determine if one of the post-unboxing apps (applications installed after the initial setup) is to blame. Even official, first party apps can sometimes cause errors so letting the phone run in safe mode during the observation period will help you isolate the problem app.

My phone has done everything I’ve needed without any significant problems. About four days ago, I began having some trouble with sending and receiving text messages and the battery started to become totally exhausted within about two hours. Normally with average use, the battery would last around eighteen hours.

After rebooting the phone, text messages would resume, though only for a short period; the battery continues to drain excessively quickly.  I’ve looked for applications running in the background that might be responsible, only I haven’t been able to find anything. I’m not terribly tech savvy, so I’ve only looked in the obvious places.

Thinking the battery might have reached the end of its life, I started searching online for a replacement.  Eventually I stumbled across several forums with people experiencing similar problems as me, with a consistent complaint being about the battery suddenly becoming flat unusually quickly.  Some people commented that an update was released and suspect that that is responsible for all of these problems.

Do you have any ideas on what might be going on and how I could get my phone working properly?  Also, is there some way I can remove factory installed applications that I never use, eg mini diary, ChatOn, and so on? — Ron

Solution: Hi Ron. Before doing hardware troubleshooting, we suggest that you first do the basic software tips like booting in safe mode, wiping of phone cache, or doing a factory reset.

Restarting the phone in Safe mode is useful if you think that one of your applications is to blame. This can be done safely and does not require deleting something. Let your phone run in safe mode for a couple of days and see the difference.

Sometimes, deleting the phone’s cache can fix app-related problems. If you haven’t done it before, just follow these steps:

If clearing the cache partition won’t make any difference, another good thing to do next is to restore the firmware’s defaults via factory reset. Performing the factory reset procedure in your case may be effective, especially if the issues started happening after installing a system or app update. Here are the steps to do it:

Only when none of the basic software troubleshooting procedures mentioned above would you like to consider having the hardware checked. Better still, have the unit replaced.

Battery drain issue can be remedied by tweaking some of your phone settings and turning off some unnecessary features. You can check out this post originally created for S4 and S5 devices for general tips on what to do.

Problem #5: Galaxy Note 5 shuts off on its own when being used

Yesterday, out of nowhere, my phone shuts down by itself and it has been doing this ever since. When I immediately press the power button again, my phone will attempt to restart but shuts off again immediately after the Samsung logo comes up. But if I leave my phone and wait for 15 to 20 minutes and then press the power button again, then my phone will turn on normally. I have also figured out that after my phone turns off, I can plug in my charger to immediately turn it back on and it will stay on.

I find that my phone turns off when I am doing something on it, e.g. looking at pictures, being on Facebook, etc. It does not turn off when I am not using it.

I have tried doing the soft reset, but it didn’t work. I have also switched on my phone in safe mode, but it just shuts down again after a few minutes.

Some information about my phone: I bought it in the UK last winter (December/January), ‘pay as you go’. I am now living in the Netherlands and I am with Telfort, where I just bought a SIM card and put money on it whenever I need to (hence no long term commitments). When my phone turned itself off the first time, I was clearing the cache, deleting things in the downloads folder, deleting some pictures, etc. I was basically trying to clean out my phone.

At this point, any help I can get is fully appreciated.

Thank you in advance. — Hanis

Solution: Hi Hanis. The issue may not be at the software level at all. It’s interesting to know that a new phone like your Note 5 behaves like this and prevents you from doing virtually anything. Please do all the software troubleshooting included in this post and consult Samsung for a possible replacement should the issue remain.