We’re all well aware about the capabilities of the Android platform. There are smartphones today that can compete with a wide range of technologies. However, what makes those devices really tick is the core Android platform. But what if you own an iPhone and still want to try out Android phone ? Well, you no longer have to purchase an expensive (or inexpensive) phone to find out. There are best Android emulator for Mac today that can help you run and  bring full compatibility with all the features of Android (without owning one), while some even update their emulators with the latest version of Android.

With these Android Emulator For Mac, you can run apps for android, play games, and do pretty much anything like the Android device can (barring phone calls, obviously). Those are just the three main uses of a built in emulator. So we’re going to talk a bit about some of the most popular emulators out there. While some user friendly emulators are present here, we’re also going to talk about developer emulators that can help test out or run android apps and android games.

Instead of giving your only 5 best emulators, we are citing 7 on this post for cross platform. So let’s get to the best Android apps and games emulator for Mac.

ARChon is a little different than most of our best Android emulators for PC or Mac in that this one is actually a Google Chrome extension. That’s right — no installing a program on your machine and wasting precious storage space! It is comparable to a virtual machine, virtual device or virtual devices.

Of course, it’s certainly not nearly as seamless as a native program, as it can take a bit of fiddling to get apps and mobile games to work. To use ARChon, once you have it setup in the browser, you’ll have to push or drag APKs to load the apps within the browser. It’s a nice, free program for those that want to be able to use an Android emulator wherever there is Google Chrome.

Not sure where to find APKs for ARChon? You can find many of them for free over at almost any Android APK repository. Some of our most trusted and favorites are APK Mirror or APK Pure.

Believe it or not, you can actually use VirtualBox to create your own Android emulator for Mac. Download VirtualBox on your Mac machine, and then set it up with the necessary ISO image from Android-x86.org. You’ll be able to create an efficient emulator that allows you to play almost any game or app within Mac.

As an added bonus, VirtualBox gives you a lot of control over how much resources and hardware you devote to it. That allows you to keep your overall machine running smoothly while still running your Android operating system emulator in the background. VirtualBox is free to use; however, it is recommended that you have at least 8GB of RAM on your machine if you want to run this one.

KO Player is a relatively new entrant in the emulators game and is one of the newer Android emulators on the list. It markets itself as a mid-market emulator that can run apps and multiple games comfortably. While the focus is mainly on games, this is a full blown Android emulator, so it can run pretty much any app on the Play Store as long as it is compatible with the Android version. The company’s website doesn’t mention which version of Android it’s running, but talks about a few popular apps and games that are compatible with KO Player (WhatsApp, Clash of Clans etc).

It also comes with features like gameplay recording, keyboard gameplay support, and comes with the Google Play Store pre-installed. It is said that about 99% of the Play Store apps are compatible with KO Player. The best part here is that KO Player is a free download, and can be snatched up directly from their official website. As with any free offering, expect some minor issues during usage. However, the app developers are pretty keen on offering a fresh and refined experience through bug fixes.

This is yet another decent alternative for gamers. It comes with the ability to run android games, support joysticks and controllers (assuming your Mac supports actual hardware controller support). There is zero lag during gameplay or general usage, so you can be assured of a smooth performance. Among the list of features here is the ability to keep multiple accounts on Nox, which is handy if you want to use it on the family computer. You will find that the emulator is compatible with pretty much every popular game and app right now.

Further, the emulator is compatible with x86 as well as AMD processors, thus bringing a variety of devices under its compatibility list and access to most Android games. Like with KO Player, Nox allows users to record their screen and share it on social media as they please. It’s one gaming oriented emulator can be very handy for graphics heavy games available as well as strategy games like Clash of Clans and Fortnite (which will reach Android emulation shortly).

More importantly, it’s light on your computer, much like helping it run smoothly and devoid of lag. This is also a free offering with no hidden caveats. Nox also offers the keyboard mapping feature, so the user can play more efficiently with mouse and keyboard. If you are one of those mobile gamers, this one is for you as it is considered as the Android emulator for gamers.

Bluestacks is probably the most popular Android emulator currently available in the market, and with good reason. This app has served Windows and Mac OS users for a few years now, giving them a viable way using Android on their desktop. This isn’t an ideal setup for developers, though, as Bluestacks is marketed for the masses. This means there will be some lag when you operate, although it’s rapidly diminishing with each update. The recent version of Bluestacks was updated to Android Nougat, making it the freshest Android emulator out there. It’s too soon to tell if and when Bluestacks will update its offering to Android 8.0 or even 9.0 as the latest Android version, so it will have active updates nearly every month.

As it stands, if gaming and social media is your priority, Bluestacks is an excellent emulator to have as it aims itself at gamers. GameLoop is an Android emulator that is used as a gaming platform. It can run all the heavy games and even offer key mapping support, which has become a prerequisite with modern day Android emulators and can bring the better or for worse Android app and game on your Mac. With the added smart keymapping along with a customizable game support, this android emulator is mostly going to boasts a gamer experience.

Bluestacks official emulator is entirely free to download, but will require a subscription per month for continued usage.

One of the newer emulators if you want to run Android on your Mac is Genymotion. We are now coming to the dev-friendly emulators out there. You won’t find all the bells and whistles that you probably see with Bluestacks, Genymotion lets you test out how an Android device and version would work with a particular app or supports Android operating systems. For example, you can have a Nexus 4 running Android 5.0 or an even older device running that version like Android 4.2 Jelly Bean Kit Kat(assuming it’s compatible).

Genymotion can let you run an emulator directly on your PC or on the cloud, which very few emulators out there can do. This means you can share the functionings of your app with the rest of the world without them having to download a dedicated emulator.

This is a game changer for developers who like to get opinions on their projects from the masses or close associates. Naturally, the android emulator for PC option is also present, so you’re free to use it the old fashioned way. This isn’t a free version offering for personal use, though, so be prepared to subscribe to one of Genymotion’s plans to reap the benefits of all the features mentioned above.

Google’s very own Android Studio emulator also comes with an emulator you can download, although it’s significantly less flashy than a few commercial use emulators and actually run android natively. However, it is updated frequently with new features. This is designed specifically for budding and experienced Android developers to test out their apps before it is pushed to the Play Store. It works with both PCs and Macs, so neither platform is left out. It has all the tools to build and design your apps, while the emulator feature allows you to glance through your creation.

Given the feature set, it is definitely not recommended for amateurs, as setting it up could take some time. Android Studio is a free download on both major platforms, and is a 880MB download for Macs. Though updating those services may take time, watch out for more active development in years with this productivity emulator.

While these emulators offer a great experience for your Mac as it runs android apps/games like Call of Duty Mobile and PUBG mobile, this may also create a negative effect on your device as the level use might increase, especially with the battery life. Running multiple emulators may affect your device operation as it depends on the operating systems and hardware.

Always test your apps or test apps on the emulator you install once you’ve downloaded them and see the emulators ability to run smoothly and see if it is usable as a productivity tool for PC and Mac. There are still best android emulators that you can discover around the web that can run an Android app or game. The installation process may take longer than expected, depending on various factors such as internet speed and the likes.

If you find another Android emulator or free android emulator that is actually a fairly decent, actually works pretty well and that suits your taste, feel free to use it as long as it runs well or work well, gets the work done or the emulators run properly. You can use emulators as a productivity tool for video loading or loading video. Just find one that supports this kind of function. You might be able to get the price free for personal use just like PrimeOS Remix OS player and other Android Studio S emulator or ldplayer android studio. 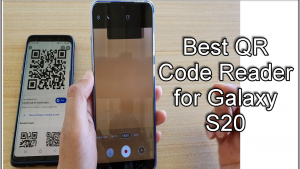 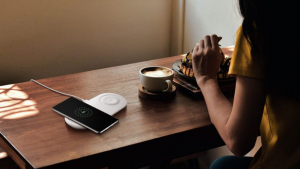 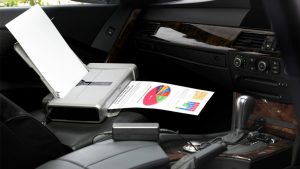