If you want to use Android on your PC, you can. At least, that’s what a lot of Windows 10 users are told — and they can, as there’s tons of software available for emulating Android on a Windows 10 computer. But, what about Linux? Linux is gaining a ton of popularity, especially with the advent of Windows 10. If you’re on Linux, or are even thinking about moving to Linux, there’s still plenty best Android Emulator Linux, whether it be for development, or for simply messing around with new technologies and apps.

Why use an Android Emulator?

Android emulators can be useful for a number of use cases. One of the awesome abilities that Android emulators have is allowing you to test new apps on a variety of different phone sizes and displays. So if you’re developing a new app or Android game, emulators give you the ability to troubleshoot problems on that new app you’re developing for an Android device, and without having a variety of physical phones to test on(just like an Android virtual device).

Android emulators are also nice for those that simply love the Android platform — if you want to game on Android on your Linux machine, an emulator gives you that ability! The use cases are endless for command line! Here are our top picks for best Android emulators.

To get started, we have Andro VM. This is a project being worked on by the creators of Genymotion. It’s one of the easier choices to setup, requiring you to simply download the Linux image from their website. Then, you’ll need to download VirtualBox, which you can then load the image into. Then, you’re free to use and play apps and games within the Android platform as you wish!

An emulator Genymotion requires an Internet connection (Wi Fi or Mobile data) to use the emulator because of its use of Cloud technologies following command, but Android VM can be all played offline!

If you’re looking to run Android on Ubuntu Linux, then you can use an Android x86 ISO file inside of a virtual environment. You can grab an ISO file for free here. After it’s downloaded, you’ll need a virtual environment (virtual devices) to put it in. You can do that with a free program called VirtualBox. You can download that for free here. Once you have it downloaded and installed, you can follow the steps inside the program to create a new virtual machine. You’ll have to just select the Android option, and then, once created, upload your ISO file to it. It’s pretty simple to setup, and VirtualBox has instructions straight from its website for Android X86. You can have the 32 Bit or X86 64 bit option.

Andy OS is another excellent option, with it saying that it breaks down the barriers between computer and mobile. It creates a virtual environment within Ubuntu, Mac, or other Linux environments, that makes something suitable for gaming. So, if you wan to run or start messing around with some Android gaming on Linux, Andy OS is the way to go. You can play just about any Android game within Andy OS, all depending on how many resources you devote to the virtual environment (augmented reality). With enough resources allocated, you could play something as demanding as Auralux or even something made with the Unreal Engine.

You can also use something straight from Google: the Android SDK. You can download the Android SDK in your Linux desktop environment, as well as Android Studio, and that will allow you to play around with different Android apps right in the program. You can play around with games, regular apps, and even see how things look on the Web. The Android SDK and Android Studio are a rather large file, so it may take some time to download and install. The way it works is that the SDK and Studio combined work together to emulate software found on Android, but with using the resources of your PC. Android developers mostly use Android SDK tools for testing and development purposes, but it’ll work for casual use and play as well.

If you’re looking for something dedicated to Android emulation, Anbox is available for most versions of Linux, including Mac. Anbox is an open source code project that’s short for Android In A Box. This is because it opens up Android in a virtualized environment, which shows up in another window, as if it were any other program. That’s why it’s called Anbox, or Android In a Box, with the “box” being a metaphor for the window. It’s still deep in development right now, but one of the ideas is that it isn’t necessarily an emulator, but a way to bridge the space between Android and PCs, giving Android access to different hardware features on your PC, such as hardware acceleration. Right now, it doesn’t ship with the Google Play Store, but it does allow you to install third-party Android apps. If you want to run an app, all you need is an APK file.

Last, but certainly not least, we have GenyMotion, one of the most reliable, speedy, and efficient Android emulators for Linux. It works similar to the Android SDK, but with a whole lot more variety — GenyMotion will basically allow developers to test applications on a variety of different Android devices by way of emulation. Casual users can still use GenyMotion to see how games, run apps, and websites work on Android as well as Android Apps. You can download it for free over on GenyMotion’s website right after making a free account (open source).

Jar of Beans comes up as second on our countdown. It was originally intended for the Windows platform, but Jar of Beans has actually recently gotten support for Linux through using Wine running the emulator. It has all of the basic Android support that you might expect out of an emulator like this, including the ability to install APKs, SD Card support, and even Google Play Store use (Google Play services) for Android apps/Android applications.

Any one of the above will work with most Linux platforms — it’s just a matter of choosing what one works for you the best. You’ll probably find that the Android SDK has the most up to date features, as well as giving you a whole lot more troubleshooting tools, but once again, it all depends on what your use case is for.

Do you have a favorite Android emulators for Linux using the Android latest version? Make sure to sound off in the comments section below! 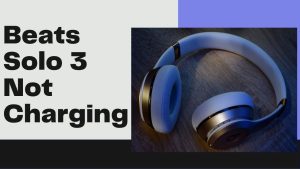