We’ve been asked many times on what to do if the phone just stopped responding and won’t turn on and we already published several articles that tackled this very issue. However, recently, some owners of the Samsung Galaxy Note 9 contacted us because their devices reportedly stopped responding after the recent firmware update. Could this problem be caused by the new version of Android?

Read on to learn more about this problem and what you should do if this happens to you. In this article, I will walk you through in troubleshooting your Galaxy Note 9 that became unresponsive or won’t turn on. Let’s consider every possibility and rule them out one by one until we can determine what the problem is and solve it.

Hi Droid Guy, I have a Samsung Galaxy Note 9 and there has been an update recently. After the update, I was still able to use my phone for a day then it turned off and would no longer turn back on. It won’t even respond even if I connected it to its charger both wireless and wired. I badly need your help since it’s the only phone I have right now and I have a lot of contacts, pictures and files in it. What should I do? — Karen

Hello. My name is Clarence and I need your help… badly. I left my Note 9 connected to its charger last night as it only has 5% battery left when I slept. This morning I thought the battery was full already but when I press the power key, the phone won’t turn on. It doesn’t have the charging symbol so I thought it has finished charging but it won’t respond to the charger. Should I already bring it to the shop?

As long as  your phone doesn’t have any signs of either physical and liquid damage, you can make it respond again just by doing the troubleshooting steps below. Here’s what you need to do if your Note 9 no longer turns on either due to an update or if there’s no apparent reason at all…

There is always a possibility that the reason why your Galaxy Note 9 no longer turns on or responds is because its firmware crashed. A System crash occurs from time to time but you can easily encounter it after a firmware update. It’s because some files and system cache may become corrupt when a new version of the firmware is installed.

In this case, the best thing to do is a forced restart. It’s a simulated battery pull procedure and would make your phone respond. Most of the issues like this can be fixed this method. Here’s how it’s done:

If the phone boots up after this, then the problem is apparently fixed and it was just due to a system crash. However, if it still not responding, then you should do this method…

It’s basically the same as the previous procedure only that this time we’re making sure the volume down button is pressed and held before the power key because doing it otherwise won’t give you similar result.

Step 2: Connect your phone to charger and try doing the Forced Restart

Sometimes a mere battery draining issue can lead to another problem like a system crash. If you let the phone run out of battery, some services and hardware components aren’t shut down properly which may lead to some inconsistencies in the system which will result to a firmware crash. If this happens, your phone won’t respond even if you connect it to the charger. What you’re going to do is give your phone a stable power source and address the system crash issue while your phone is connected to that source. Here’s what you need to do…

If the problem was just due to a drained battery that resulted to a system crash, then it should already be booting up by now. However, if the phone is still not responding after this, then we could say that the problem could already be with the hardware. As far as troubleshooting is concerned, you’ve done what  your part so it’s now time for the tech to check it up for you. There’s only so much you can do about a phone that won’t turn on or boot up. 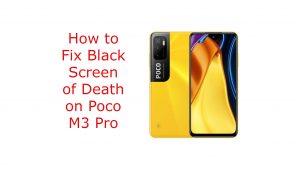