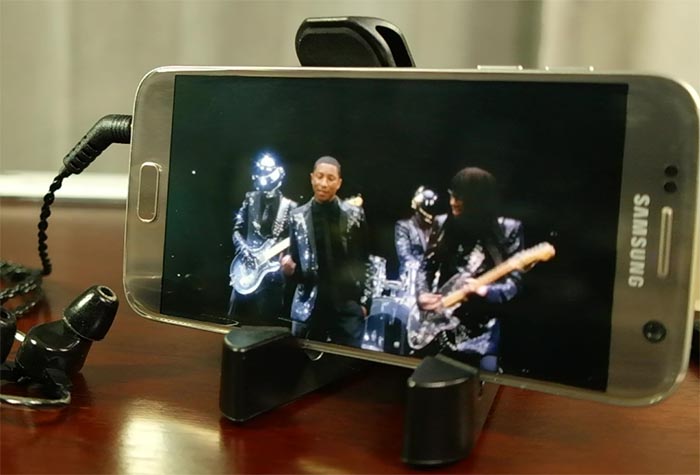 Sound issues are among the most annoying problems that could happen to you especially if you’re a gamer or someone who streams media all the time. More often though, these issues are minor as they range from a minor app problem to minor firmware/hardware glitches. There were, however, some reports that a sound problem comes with different performance issues that’s why it’s necessary to do some troubleshooting however minor the problem may seem.

We received some emails from our readers who own Samsung Galaxy S7 units that have audio problems. A couple of those problems were addressed at the later part of this post but majority of them can easily be fixed by the troubleshooting guide I drafted below. If you’ve contacted us regarding this problem, I suggest you go over our troubleshooting procedure and see if that fixes the problem.

For those who have other concerns, I suggest you visit our troubleshooting page and find issues that are similar or related to yours. We already provided solutions to those problems so find one that works for you. You may also contact us directly in case our solutions don’t work or if you need further assistance. Just fill up our Android issues questionnaire and describe the problem in detail.

Sound issues may be caused by the following:

Sound issues may range from minor app issues to more serious hardware issues. In fact, many reported about having issues with the general performance of their devices after noticing some sound related problems. In other words, it can be just one of the symptoms of a serious hardware issue. In this case though, there’s nothing much we can do about it except send the phone to a technician to be thoroughly checked or repaired.

However, it is necessary that you do some troubleshooting with your device because at this point in time, we really aren’t sure what’s wrong with it. With that, here are some things you can do on your own but are safe enough so as not to mess up your phone even more.

Step 1: Determine when the problem started

It’s your phone. You should know when the problem started or if it already has it since day 1.

Assuming it occurred recently, you can easily trace if it’s an issue with the app, firmware or hardware. For instance, if it started after you installed some apps, then one of those may have the capacity to manipulate the volume of the device. Since you’re dealing with a possible third-party app issue, you can verify further by booting your device in safe mode:

Once in safe mode and the problem still occurs, then it could be a firmware or a hardware problem. We cannot rule out the latter but we sure can do something about the former. So, to rule it out, you need to do the master reset and here’s why…

If it was an issue with the firmware, it must be a minor one because serious system issues may cause the phone to crash, slow down, randomly reboots, etc. Of course you need to observe your device to see if it exhibits one of these because if so, the sound problem you’re having may be just one of the symptoms.

The most common cause of firmware related issues is corrupt data especially for problems that occurred without apparent reason. Therefore, it is necessary to clear all those data and bring the phone back to its default settings. However, all your apps, files, app data, emails, pictures, videos, etc., will be deleted that’s why you need to back them up before following the steps below:

If the problem remains after the reset, it might be just a hardware issue. Should the steps below doesn’t apply to you, then you should consider having the phone checked by a Samsung technician.

Step 2: Check the headphone jack for lint and debris

This step is applicable to Galaxy S7 owners that are having issues with sound when using wired headphones or headsets. For example, if the sound with the headset comes and goes, there’s no sound at all, low volume, etc.

Corrosion, debris or lint may prevent the receptors from making proper contacts. You can look into the hole and see if there’s something foreign in there. You may use a Q tip to clean it up or give it a blast of compressed air. After cleaning it up and the problem still persists, try using a different headset to find out if the problem occurs, too. If so, then there’s a chance it’s a headphone jack problem and you need a technician, at this point, to do further testing.

Step 3: For sound issues that occurred after an update, try deleting the system cache

Cached files are used by the system to make apps and other services run smoothly but they often get corrupted during an update. That’s why it’s necessary to delete them so the new system will create new ones that aren’t corrupt and are completely compatible with it.

You don’t have to do anything because your files, settings, apps, data, etc., won’t be deleted when you follow the steps below.

In this section, I will address some of the audio problems with the Samsung Galaxy S7 reported by our readers. If you contacted us regarding a related issue, try to browse the problems I cited below as I may have addressed it.

Loudspeaker is crackling when playing music

Q: “Hey guys. Thanks for having this platform to help us noob users. I am a Galaxy S7 owner and have an issue while playing a music track. There’s a crackling sound playing with it especially when played via the loudspeaker. I need your guidance on what to do about this. Help me please.”

A: It might be an issue with your phone or the music tracks your playing and it’s easier to rule out the latter as you don’t have to do anything with your device. That said, try to copy your music files to a computer, especially the ones you know have crackling sounds when you play them. Try to play those music tracks and see if the crackling sounds are still there and if so, then the problem is with the tracks, not your phone.

But assuming the tracks are fine, it’s time to do the troubleshooting on your phone and here’s what I suggest you do:

Step 1: Use a wired headset and play those music tracks just to find out if the thing happens. If the crackling sound doesn’t occur, then the problem might be with the loudspeaker and the possibilities are as follows:

Now that we have these possibilities, the next step should be…

Step 2: Perform the master reset to rule out the possibility of a firmware issue. More often, firmware issues that are associated with updates can be fixed by either wiping the cache partition or doing the hard reset. In your case, however, it’s not necessary to do the former.

Step 3: Send the phone in for check up or repair. Being a phone technician myself, minor issues with the hardware especially those that concern a chip can be fixed by blowing hot air over the chip in question. This will fix loose contacts and re-align soldering beneath it but there’s no guarantee.

If the problem is with the chip itself, the best course of action is unit replacement. Those components are put there by a machine that is more accurate. Human hands aren’t just as good as machines when it comes to soldering chips. So, even if a Samsung technician knows what’s happening with your device, the best thing he can do is recommend a replacement. That’s why it’s necessary that after you ruled out other possibilities, you have to let a technician check the device for you for further testing and troubleshooting.

No sound coming out of Galaxy S7 speakers

Q: “I often use a headset when playing a game with my Galaxy S7 and it works great. I didn’t actually tried playing a game without a headset until about three days ago when I left my headset at home. I was surprised though because when I played a game, the sound is supposed to stream through the speakers but it didn’t. Tried playing music, no sound. Watch videos, no sound. What seems to be the problem with this phone? I can live without it as I said I often use a headset but I just want my phone to function the way it should. Can you guys help me out? Thanks.”

A: I agree. A smartphone as powerful and as expensive as the Galaxy S7 should work without a hitch. Streaming audio through the speakers is a native feature. By default, you don’t have to change anything to make it work; just play a track without headphones or headsets and with the volume turned up and you should head it.

To troubleshoot this problem, here are the things you must initially do:

Now that you did all that, try these things:

How to boot Galaxy S7 in Safe Mode