Stranger of Paradise: Final Fantasy Origin is an action role-playing game created by Koei Tecmo’s Team Ninja and published by Square Enix to commemorate the 35th anniversary of the Final Fantasy series. The plot follows a group of individuals who are transported into a magical realm to battle the malevolent Chaos. The game was launched in March 2022 and is accessible only on the Epic Games Store for the PC. Players assume the role of protagonist Jack Garland, who explores the Final Fantasy series’ landscapes and battles enemies. Jack can move between two assigned tasks and use both physical and magical assaults in real-time combat. When an enemy’s “break gauge” is empty, Jack can use a finishing blow to crystallize them, allowing him to harvest them and replenish his magic meter. Stranger of Paradise is set in a dark fantasy version of the original Final Fantasy game’s setting. The protagonist is Jack Garland, a man possessed by a desire to extinguish Chaos. Other companions accompany Jack, including newbies Ash and Jed. During their quest, they come across a knight who has assumed the role of Chaos; while they appear to be the predicted Warriors of Light, each has doubts about their duty.

Stranger of Paradise Final Fantasy Origin crashing issue? Here’s how to fix it

When playing Stranger of Paradise Final Fantasy Origin, you may encounter issues such as the game crashing. This happens to some folks on the loading screen or during gameplay when a lot is happening on the screen. Several factors could create this issue, so you’ll need to figure out what’s causing it.

Here’s what you need to do to fix this Stranger of Paradise Final Fantasy Origin crashing issues.

The first step is to ensure that your computer hardware can run Stranger of Paradise Final Fantasy Origin. The Epic Games Store has listed both the minimum and recommended system requirements for playing the game on your Windows computer.

An outdated graphics card driver is one of the causes of the Stranger of Paradise Final Fantasy Origin game crash. Make sure your computer has the latest graphics drivers installed from the graphics card manufacturer since this will provide various performance improvements as well as bug fixes that will help you resolve the crashing difficulties you’re having.

If the game is detected or blocked as a security concern by your computer’s anti-virus and firewall software, such as Windows security and Windows firewall, the game will have issues. Turn off your antivirus software and firewall for a few minutes to see if the issue disappears. Add the game to the exceptions list if this resolves the problem.

Step 1: On the taskbar, look for the Avast icon.

Step 1: Right-click the AVG symbol in the system tray.

Step 1: In the system tray, double-click the McAfee antivirus icon.

Step 2: In the upper right corner, click the Navigation link.

Step 3: Select Real-Time Scanning and then turn it off

Adding as an Exception through Windows Firewall

Step 1: Type Windows Firewall in the search bar on your desktop and then click the icon that appears in the results.

Step 3: Scroll down until you find the game, then check all boxes.

You may experience crashes if your Stranger of Paradise Final Fantasy Origin game has corrupted or missing files. Using the Epic Games Store client, verify the integrity of the game’s local files. Any missing or corrupted files will be replaced with fresh copies obtained from the servers.

Step 5: It may take a few minutes to verify all your game properly. Once it completes click Launch to start Stranger of Paradise Final Fantasy Origin.

Close any background apps if the game crashes. This could be the cause of the issue of Stranger of Paradise Final Fantasy Origin. This will free up a significant amount of CPU and memory resources, resulting in improved gameplay and system performance. This may be accomplished by opening Task Manager and selecting End Task for any background apps that are currently running but are not in use.

Step 2: Choose the Processes tab and select tasks that are unnecessarily running in the background and consuming high system resources.

Step 1: On the search bar on your desktop, type Power & Sleep Settings and click it from the search result. Alternatively you can type control panel and click power options.

If you are still experiencing Stranger of Paradise Final Fantasy Origin crashes at this point then you should try uninstalling and then reinstalling the game. This will wipe all the files of the game from your computer and replace them with new files.

Step 3: Find the game then click the three dots.

Feel free to visit our YouTube channel for additional support and troubleshooting guides on various devices. 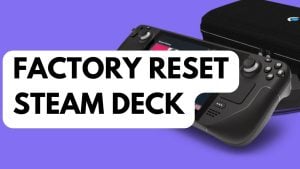 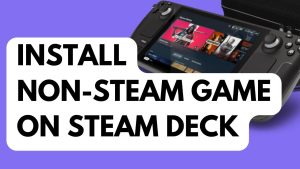 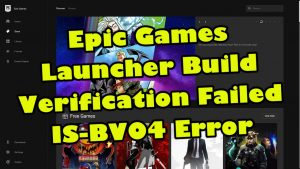 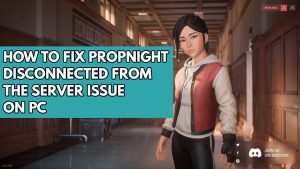