The #Samsung #Galaxy #S7 is often called as the better version of the S6 since both share similar designs yet this new model comes with several features missing from its predecessor including a microSD card slot and waterproofing. This new model also has one of the most impressive camera modules on a smartphone as every pixel in its 12 MP sensor is capable of phase detection. Although this phone is being used by a lot of people as their reliable daily driver there are instances when certain issues can occur which we will be addressing today. In this latest installment of our troubleshooting series we will tackle the Galaxy S7 screen is white issue & other related problems. 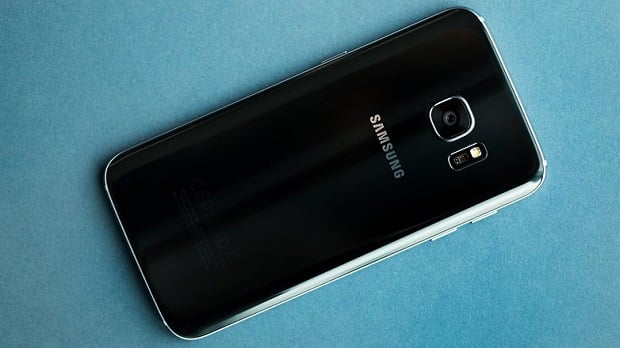 Solution: Since you already performed a factory reset which doesn’t fix the problem then it’s very likely that this is already caused by a hardware issue possibly due to a faulty display. The best thing to do right now is to bring the phone to a service center and have it checked.

S7 Not Charging Camera Automatically Opens After Getting Wet

Problem: I went swimming with my Galaxy S7 for 10 seconds, and then returned it to the boat and continued swimming in the sea. 10 mins later, I turned it on and it worked perfectly fine, but when I put my headphones in it didn’t work. I didn’t make much of it because I figured it still had a little bit of water inside. half an hour later  I tried to charge it and not only did it say that it had moisture, it didn’t even react to the charger. I got worried so I turned it off. After I turned it on it started automatically turning on the camera and it took me a couple of minutes to turn it off again. I tried to open the SD card slot with a toothpick but it didn’t budge. What should I do?

Solution: Because your phone got wet the first thing that you should do is to make sure that it is dry. Using a dry cloth wipe the exterior of the phone until it is thoroughly dry. If you have a vacuum then use it to suck out any moisture in the charging port of the phone. You can also use a hair dryer to remove the moisture in the port this as what other people are doing. Once this is done place the phone in a bag of rice for at least 48 hours. Rice is a natural absorbent and will absorb the moisture present inside the phone.

Once the above steps have been performed you should check if the any of the issues still persist. If it does then some component inside the phone might be water damaged causing this problem. The best thing that you can do right now is to bring the phone to a service center and have it checked.

Problem: My screen cracked and after 2 days it went black on me I can see the blue light flashing the keys still have light on them I can hear notifications calls etc. But just can’t see nothing help mee !!

Solution: Since the screen has already been physically damaged you will have to get this replaced at a service center.

Problem: So, here goes. Recently switched to Verizon and acquired this S7 from a friend. Phone worked perfectly fine initially. Over the last 2 weeks it’s developed a connectivity issue. I’ve woke up in the morning, get to work and a co worker would tell me “I called, your phone went straight to voicemail” I’d look at my phone, see no missed call. Look at theirs and see where they called 2 or 3 times. Text messages would be the same way. I’ve had instances where I attempt to send a text and I get “No signal found for mobile networks” I noticed a few minutes ago (I rebooted my phone and noticed in the message bar it said searching for service) that when I checked my phone status, it showed Network – Searching for Service, Signal strength – don’t remember but there was a signal, mobile network – lte, service state – out of service. Restarted the phone, same thing. ( I did a factory reset about an hour earlier) I attempted to place a call, and miraculously it fixed itself. Network now shows Verizon Wireless and Service State is in service. Cleared Cache, Completed a factory data reset, verified apn settings, spoke with my provider. Hoping this isn’t a phone issue, hoping it’s just a sim problem. Any insight??

Solution: There are several factors that can cause a phone to lose network connectivity. At the top of the list is a poor signal from the carrier. Since this seems unlikely in this case then another factor that can cause this problem is a software glitch. Doing a factory reset will fix the problem if it is caused by a software glitch. You will however need to observe your phone again if the problem still occurs after performing the reset. If it does then move on to isolating the SIM by replacing it with a new one.

In case the above steps fails to fix the problem then we might be looking at a hardware related issue in which case you will need to bring the phone to a service center and have it checked.

S7 Not Turning On After Charging

Problem: Hi there, my fone was on charge after it went completely off by itself with the green indicator light still on but my phone won’t turn on or charge. i have tried every solution from from page but no help. however my phone does charge with the wireless charger but it still doesnt turn on and how the green light is also off.

Solution: What you will want to do first in this case is to simulate a battery pull. This is done by pressing and holding both power and volume down buttons for at least 10 seconds. Normally, your phone will restart after performing this step. In case it doesn’t then perform the additional troubleshooting steps listed below.

Problem: My home screen apps won’t open, move, nor can I delete them. Plus the apps icon is on top of my camera icon and I can’t move it either. Please help. Never had this happen before yesterday.

Related Problem: The screen stopped working on my galaxy s7. I got a new phone and need to transfer pics from it to either my new phone or a computer. I went to verizon and they told me the screen would have to be working for them to do anything. Any advice

Solution: What you will want to do first in this case is to restart the phone as the issue might just be caused by the phone freezing. Press and hold the power button and volume down button for at least 10 seconds. Your phone should restart after this. Once the phone has restarted try to check if the issue still occurs. If it does then the next step is to check if a software glitch is causing the problem by doing a factory reset from the recovery mode. Take note that this will erase your phone data.