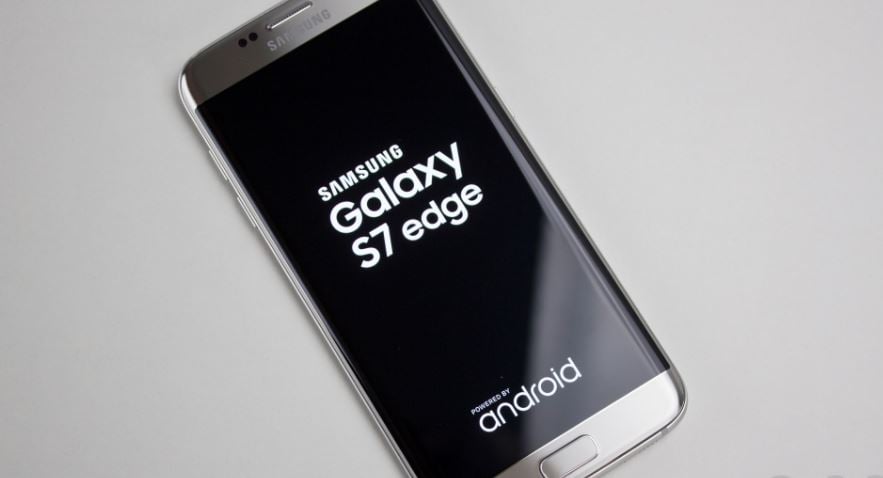 Hey guys! Here’s another article for Samsung Galaxy S7 Edge boot loop issue. The boot loop is commonly caused by a minor software issue that won’t let the device to boot up normally and keeps on rebooting and updating.

The boot loop issue mostly happened if the device did a software update and without apparent reason, the files are corrupted or damage during the process. When this happens, these corrupted or damaged files can confuse the device and that’s the reason it’s stuck at Samsung logo. To determine the issue and how to fix it is, you should perform the basic troubleshooting steps first before you proceed and get help from a tech.

We will recommended the basic and safest procedure to perform so that it won’t add more serious issue to your device. Here you will learn how to force reboot your device, how to clear system cache partition and how to perform master reset.

But, before going further, you can always visit our Samsung Galaxy S7 Edge troubleshooting page, if you have other concerns. There you can find all concerns that we already addressed, you might find a related issues then you can follow the procedures given. You can connect with us directly by filling up this form, and provide us the most detailed information about your issue. We will give our best to provide the most appropriate resolution to your issue.

Problem: Samsung Galaxy S7 Edge, says recovery booting then installing updates then restarts over and over. Bought the phone this way trying to get it to work.

Troubleshooting: It seems to me, you got yourself a defective Samsung Galaxy S7 Edge because if it keeps doing the reboot and installing an update over again then there’s a problem with the firmware. But, we can try performing a basic troubleshooting and see if the device will respond to it.

Try to connect your device to a charger or computer

Since you are stuck in boot loop, it will keep that way unless you will try to trick your device. Many have tried this procedure and it did fix the issue and their device boot up normally and working fine again.

You have to make sure that when you connect it to your charger, the default charging logo will appear or the LED indicator is blinking, if it is then your device is fine. By doing this, the boot loop will be interrupted and stop, when that happens, try to turn on your device by performing a force reboot. It’s the same when connecting your device to a PC, if the computer was able to recognize your device without error then, it is possible that it’s only a minor software issue.

The steps on how to force reboot are provided below.

I know your device keeps on rebooting, why do force reboot? This method is not the same with usual reboot that will turn off your device and turn it back on after a few seconds. It will perform a simulated battery pull, the same method when you pull out the battery from devices that has removable battery, as we all know Samsung Galaxy S7 Edge battery is built in. Here’s how..

In case if the force reboot didn’t resolve the issue, then proceed and boot in Safe mode but, this is not a fix to the issue. The main purpose that you have to perform this method is to determine if the reboot is caused by other apps because there are cases that some pre-installed files is corrupted or damaged during installations. The Safe mode will temporarily disable all third-apps and run only the pre-installed. Follow the steps below on how to boot in Safe mode:

The system cache partition are temporary files used for frequently used app to launch it more faster than opening it the first time, it’s also used for new system updates. There are irrelevant files that needs to be removed from the system especially after an update to create a new one, but some are not deleted. When that happens, it will cause an issue, like boot loop, manually removing might fix the problem.Here’s how..

If wiping the system cache partition did not resolve the issue, then you can proceed and perform a master reset. This procedure will definitely clear all files and data and restore your device back to manufacturer’s default setting. We presume this is a new device, so no important files was saved yet, then it’s safe to perform a reset. To perform the procedure, follow the steps below:

Bring your device back to the store

In case the procedure mentioned above fails to resolve the issue, then we recommended bringing the device back to the store where you bought it from. It is clear that this unit is defective, they might consider replacing it with a new one.

Samsung Galaxy S7 Edge gets stuck at the Samsung logo

Problem: I have Samsung Galaxy S7 Edge.. this phone is given to me by my brother. The phone has issues before it was given to me.. It’s turning off by itself and stops at the samsung logo, its stuck there for like 10 minutes and it’s not letting me to do anything. Can you help me? Is there a fix to this phone? Thanks!

Troubleshooting: Hi! Your device is obviously experiencing the same issue above. It could be a minor software issue, and it can be fix. The first thing that you should do is to perform force reboot your device to perform a simulated battery pull and reboot your device. Just press and hold the power button and volume up key for 7-10 seconds to perform the procedure. Just follow the next steps above to isolate the issue.

Still, if the procedure did not resolve the problem, just bring your device to a tech for professional care, it might be a serious or hardware-related issue.

Problem: My phone (Samsung Galaxy S7 Edge) won’t charge. This problem started two days ago when I tried to charge it but it won’t let me. I was using facebook when I try to charge it now it has 7% percent battery life. I don’t have other phones. How can I fix it? Is it a charger or my phone?? Thanks.

Troubleshooting: Based on your statement, you device is not experiencing other problems except for the device that won’t charge. I recommend to use another charger, if there’s one available, to make sure that  your charger is not faulty, a wireless charger would be the best to make sure your device will detect a charger.

There are only two possibilities, you have a dying battery or either the charging port and cables has problem. When charging, make sure that LED indicator is blinking or the Android logo appears when turned off.

If nothing happens, then bring the device to the nearest service center for repair and let the professionals handle the issue.