When getting a new smartphone you expect it to work well. This is not usually the case as some issues can occur. Take for instance the #Samsung #Galaxy #Note4, this phone which was released in the later part of 2014 is one of the popular models released by the South Korean giant. While it is a relatively stable device some of our readers who own it are having some problems with it. This is what we will aim to resolve today as we tackle the Galaxy Note 4 random restart issue & other power related problems. 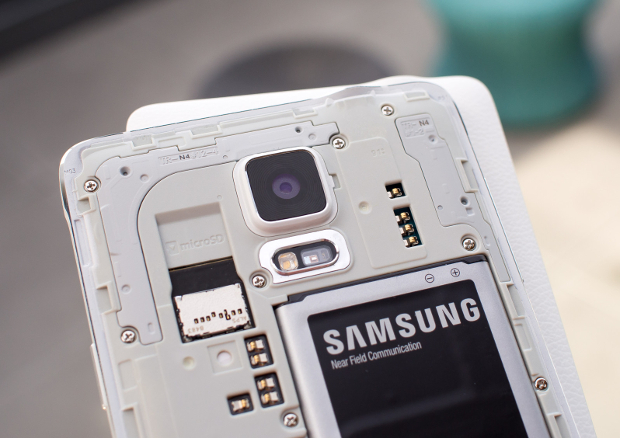 Problem: My note 4 has been suffering from random restarts from time to time and I haven’t found a pattern that gives me any idea of what’s going on. I’ve tried every single recommendation from your website but I’m still unable to fix it, even though most of the pieces (motherboard among others)  of my note 4 have been changed when I sent it to the Sat because of this issue. I’ve tried using it after a hard reset and without installing any app (I have to say this phone has so many 3rd party apps pre installed) and after a few days my phone has restarted again. The thing is that when it restarts, it doesn’t ask me for the PIN. So sometimes there are no evidences that the phone has restarted or when. I only realise it when it reboot while using it. I don’t know what to do. I’m starting to think that this is a Samsung’s bug that’s driving me crazy. Could that be possible? On the other hand I think it’s just a complete waste of time to send it to Samsung again, as they take to turn it back more than 2 weeks and the phone behaves the same way. Do you have any additional recommendations for me? Thank you in advance. I’m sorry I can’t say I like you on Facebook because I don’t have a Facebook account. Regards

Solution: If the phone still reboots on its own even after a reset and without installing any apps then the issue could be hardware related. Have you tried using a new battery on your phone? Sometimes, this type of problem is caused by a faulty battery and the only way to check if this is the case is to use a new battery.

If the issue still persists even with a new battery then you might be looking at a component based problem. It’s either the power IC of the phone needs replacing or the whole motherboard needs to be replaced.

Note 4 Will Not Hold Charge

Problem: Phone will not hold charge. Would turn off once it hit 40% then got so bad it needed to be plugged in all the time. Got a new battery everything was fantastic. Now it’s doing it again but it’s skipped the will last a while and just turns off on its own. I have cleared cache and started in safe mode but it all still happens. Could it be a case of 2 bad batteries or something else?

Solution: It’s possible that the problem could be caused by a bad battery again. You should however try to check first if the phone software is causing this problem by doing a factory reset. Make sure to backup your phone data before the reset. Once the reset is done check if the issue still occurs. If it does then proceed with getting a new battery.

Note 4 Takes Too Long To Charge

Problem: my original charger got burnt and I have bought different charger and none seem to be working because it takes like 7 hrs for the phone to be fully charged, my USB connection doesn’t pop up when connected to the system.

Solution: Are you using the adaptive fast charger from Samsung or are you using a third party charger? If you are using a third party charger make sure that it has a rating of at least 2 amps. Another factor that that could cause this problem that you should check is the charging port of the phone. If it has any presence of dirt or debris then clean it using a can of compressed air or cotton bud dipped in alcohol.

Replacing the battery with a new one should also be considered in this case.

One last troubleshooting step that I recommend if the above steps fail is a factory reset. Make sure to backup your phone data before proceeding. If after the reset the issue still remains then I suggest you have your phone checked at an authorized service center.

Note 4 Turns Off Does Not Start

Problem: Hi my galaxy note 4 suddenly turn off  after that did not respond  or get start and also did not take charging before same issue occurred and its start after many tries now its not getting started at all

Solution: Try getting a new battery first and see if your battery is causing the problem. If the phone still does not start even with the new battery installed then charge it first for at least 20 minutes. Make sure to charge the phone with a charger that is known to work.

If the issue still remains then I suggest you bring your phone to an authorized service center and have it checked.

Note 4 Does Not Switch On

Problem: Hello, My Samsung Galaxy Note 4 won’t switch on nor show any response (LED or Vibrate) when pressing the power key or connected to power. I tried the basic troubleshoots and still no response. Before it got off there was a green screen suddenly with lines and since then phone wont get alive. what could be the cause? please advise?

Solution: Have you tried getting a new battery? The battery that your phone is using right now could already be faulty and replacing it could resolve the issue. If you have already done most of the troubleshooting steps and the issue still occurs even with a new battery installed then I suggest you have your phone checked at an authorized service center.

Problem: The battery shows 15-20%. The phone will randomly by itself power down. When I plug it in, it then shows a battery level of 0%. It has been doing this for about a week now. I regularly power down the device and try not to wait until the battery gets to a minimum to charge.

Solution: This issue could be caused by a bad battery however before getting a new battery try to check first if the software is causing the problem by following the troubleshooting steps listed below.

If the above steps fail to resolve the problem then try to get a new battery.

Problem: recently my phone started rebooting to recovery mode. I was able to factory reset. since then if i turn off the phone or restart  it will not boot back up. I have realised that I can now only power on the phone when the battery is completely drained this is very strange would you be able to help?

Solution: This is indeed a strange issue. Have you tried booting your phone while it is connected to the wall charger? If it boots normally this way then it is possible that the problem is caused by the battery. Try getting a new battery if this is the case.

Another factor that could cause this problem is a corrupt phone software. If this is the case then you should consider flashing the phone with its stock firmware. Instructions on how to do this procedure can be found at several of the popular Android forums online.