Razer as a company is synonymous with gamers for offering the best performance with its accessories or even Android based consoles. The company forayed into the smartphone business a couple of years ago with the Razer Phone and followed it up with the Razer Phone 2. Given that it’s been a year since the predecessor was announced, the rumor mill is rife with reports about the third-gen model, known as the Razer Phone 3.

Since it’s yet to be launched, there’s very little we know about the device. However, we’ve received bits of information, which we can piece together to form an image of what the brand new Razer Phone or let’s say a “razer phone 3 prototype” should be like. We’re going to discuss pretty much everything that we know about this phone so far.

What do we know so far?

To start off, there’s been some not so good news for Razer earlier this year. The company announced some lay offs which suggested that work on the Razer Phone 3 may have been halted. However, the company hasn’t confirmed this, while further reports have mentioned that the company is still in development of the device. Industry sources have mentioned that Razer is looking to “enhance the competitiveness of its gaming handset business“. So we’ve got our hopes up, and going by the predecessor, it seems like the Razer Phone 3 will surely set new benchmarks for a gaming smartphone.

The quintessential gaming features as well as the RGB lighting on the back accompanying the company logo should also be present on the third iteration of the Razer Phone.

The Razer Phone 2 packs a 5.76-inch 2560 x 1440 resolution LCD panel, which has a refresh rate of 120Hz, making it ideal for high intensity gaming. It is likely that Razer will stick to this beautiful display with the successor as there’s no real need to change something that’s not broken. But with that being said, there have been some complaints about the use of LCD panel as compared to an OLED panel which is highly rated as the most efficient and best display for mobile devices. Perhaps Razer will learn from its previous offerings and opt for an AMOLED panel instead.

Some users complained about the blocky design of the Razer Phone 2 as well as its relatively thick bezels as being uncomfortable during prolonged use. This may prompt the company to go for a more suitable bezel-less design that’s currently popular in the mobile industry.

This is an area where there’s not a lot of information available, although we won’t be surprised if the company opts for a triple camera layout which is expected to feature on several new flagships this year. It’s also possible that the developers will beef up the front camera to aid augmented reality features that are supported by the Razer Phone lineup.

Razer made it a point with the predecessor to pack the Razer Phone 2 with the high-end chipset of the time. We expect no different this year, and it’s likely that we’ll see the Snapdragon 855 chipset, which will also feature on several flagships later this year. With this chipset, there’s no doubt that the Razer Phone 3 will be one of the best phones of 2020, especially given its gaming prowess coupled with raw hardware.

The Razer Phone 3 may also see a bump in storage. The 2nd gen model only came with 64GB of internal storage. Although there is a microSD card slot on the device, bigger internal storage is always preferred by the customers. So it’s fair to say that Razer will perhaps offer a 128GB model this year. There is likely going to be a microSD card slot on board regardless of the internal storage it offers. As far as the RAM capacity is concerned, Razer may want to stick to its massive 8GB unit. While this won’t majorly affect real world performance, it will certainly look good on the specs sheet.

Given the fact that ASUS’ ROG phone is also expecting a successor soon, Razer will have to significantly amp up its gaming credentials to have an advantage in the industry. As it stands, gaming is a niche market with around 100,000 gaming smartphones reportedly sold each year. With this small a margin, it makes sense for manufacturers to utilize their core features. So we should see the company announcing some newer gaming features for the Razer Phone 3.

Razer did not offer a 3.5mm headphone jack with last year’s offering, and it is unlikely that the trend will change with the Razer Phone 3. You will also see a return of the reversible USB C port, which is now the standard among Android smartphones. Other standard features like Bluetooth 5.0, NFC, GPS etc will all be present on the Razer Phone 3.

The Razer Phone 2 is packing a massive 4,000 mAh battery with fast charging support. Keeping this in mind, it’s safe to assume that Razer will perhaps retail the same battery unit since the size of the battery is pretty immaterial now thanks to fast charging. We should also expect to see fast wireless charging at 15W with the Razer Phone 3. This is one aspect where Razer has clearly done its homework and has really nothing to worry about. Razer will also likely offer the same wireless charger as it did with the predecessor, as there’s no real need to change or upgrade it.

Although the Razer Phone 2 came with Android 8.1 Oreo last year, the company was quick to announce the update for Android 9.0 Pie. This is what most flagship devices are expected to be packing this year until Google’s Android Q operating system becomes commercially available. So will the Razer Phone 3 see Android Q? It almost certainly will. So customers of this yet to be launched phone are in very good hands.

Pricing is an area where we cannot make any accurate predictions until Razer gives out official word. But if the predecessor is anything to go by, the Razer Phone 3 could cost anywhere beyond $999, simply for the kind of features it’s packing. For reference, the first gen Razer Phone was priced at $699.99 while the successor saw a bump to $799.99. Keeping this in mind, there’s every likelihood that Razer will breach the $1000 barrier fairly soon.

As far as availability is concerned, there’s currently talk that Razer has pushed the release to later this year. This may be a good thing or a bad thing depending on the company’s reasons for the delay.

One thing Razer managed really well is the accessories part of the mobile business. While there shouldn’t be a lot bundled with the Razer Phone 3, the company’s website should offer a wide array of options to customize your phone or even enhance performance with Bluetooth Android gaming controllers and wireless chargers. This is one aspect that Razer doesn’t really need to change with its new device. Although it is likely that Razer will offer more mobile cases/covers and audio accessories for the smartphone.

Should you wait for the Razer Phone 3?

Well, the Razer Phone 3 is still some distance away from an official release, so there is a fair bit of waiting to do. But as we mentioned above, ASUS ROG Phone 2 is breaking cover not too long from now, and considering the hardware it’s expected to pack, Razer might have stiffer competition in the tightly contested mobile smartphone industry.

But it’s quite obvious that Razer is still ahead of the curve when we consider the gaming smartphone business. While ASUS has plenty of experience in the mobile industry, its ROG offering from last year was its first official foray into the gaming smartphone industry. Needless to say, Razer has been concerned about its competition and things could really heat up this year.

Perhaps Razer’s delay in bringing the Razer Phone 3 is due to the imminent arrival of the ASUS ROG Phone 2. By waiting, Razer will be playing safe as it will get ample time to learn what its competition has offered and make the necessary adjustments accordingly. There’s also the concern surrounding Razer’s rumored intention to cancel the device. Unfortunately, we haven’t had confirmation from the company on either fronts, but gamers can only hope that Razer won’t disappoint.

Taking all these factors into account, it may seem feasible to wait for the Razer Phone 3 even though it may be some distance away. In the meantime, be sure to check out ASUS’ ROG Phone 2 when it breaks cover next month.

Is there any particular feature you would like to see on the Razer Phone 3? 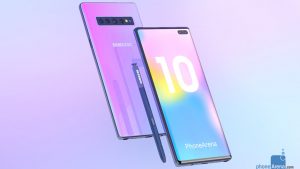 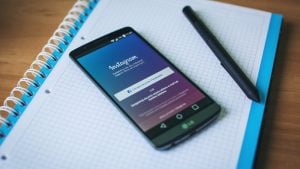 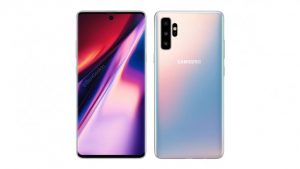