We received several emails from Samsung Galaxy S4 owners complaining about their device that keeps rebooting after the Android 5 Lollipop update. There are actually two variations of this problem. Some said their phone works fine but there are random reboots while others reported that immediately after the update, the device couldn’t continue booting up because halfway through the process, it will reboot. 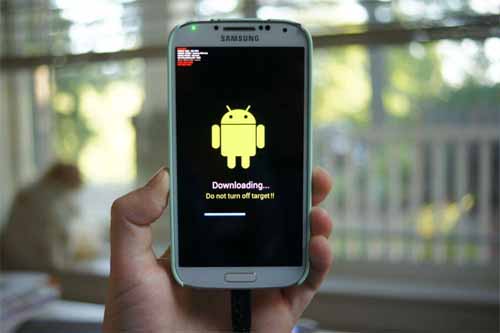 If you have this problem with your phone, then read on as I will guide you through troubleshooting the device and make it work again. Apparently, it’s a firmware-related issue and more often, corrupt data and/or caches are causing the conflict in the system preventing the phone from booting up normally.

However, if you have different issues, visit our Samsung Galaxy S4 Troubleshooting page as we’ve already addressed hundreds of problems before. Most likely, your issue has already been addressed. Try the solutions we provided and if they didn’t work for you, email us at [email protected] and we will help find the solutions.

Problem: Hello guys. How are you? I have a problem with my Galaxy S4. I recently updated it to lollipop and everything went smooth like the previous updates. However, my phone now randomly reboots several times a day. It didn’t do this before the update so I think the update did this or has something to do with it. I called my provider but they wanted me to come to their store to have the phone checked. I consider that option but if you know a way to fix this, that would surely save me from all the hassles. Thank you! — Kevin

Problem 2: So I recently updated my Samsung Galaxy S4 to lollipop but then it started to get some hiccups. First there were these random freezes or lags that occur any time. When it happens, the phone becomes totally useless and there are times when it can’t get out of it. So I just take the battery out and boot the phone back up. Second and the most annoying of all is the random reboot. It happens several times a day. The phone just shuts down and comes back up on its own. After the reboot, though, the phone works fine. But the thing is, it already happened to me twice that the phone rebooted while I was on a call. Of course, the call got disconnected and it would appear as though I disconnected it. I am a businessman and I don’t want my clients to think that way. How can I fix these problems? Sorry I have to bother you with these issues, it’s just that I really don’t have a clue how to fix them. Thanks. — Mike

Troubleshooting: When a problem occurs after an update, especially a major update, it’s more likely caused by some corrupt data and/or caches. Major updates like from Kitkat to Lollipop have a lot of changes in the dependencies of some apps. This alone can cause a heap of trouble when the new firmware starts running on your device. There’s also this other thing. The Android system creates files for apps (both downloaded and pre-installed). These files are used to make them run smoother and some of them contain users’ preferences. When the new firmware is installed, these files become obsolete but if not cleared, it may still use them. That’s where the problem starts to happen. Due to conflicts, the system may lag, freeze or cause reboots.

The first thing you should do in addressing this problem is boot your phone in safe mode and see if those freezes, lags and reboots still occur.

Assuming the problems are all fixed in safe mode, then we can now consider some of your downloaded apps were causing them. It does make sense considering firmware upgrades rolled out by Samsung (or your carrier) come with updates for pre-installed apps. With that, try to see if there are available updates for your apps in the Play Store. After updating them and the problem still persists, it’s time you performed factory reset. Do the same thing if the problems persist in safe mode. Don’t forget to backup all your data as they will all be deleted, then follow these steps:

Problem: Hi. I updated my Galaxy S4 yesterday and since then, it won’t start up. It just powers on up to the logo and then reboots. It’s been like this for more than a day now and I called my provider and they said to send the phone in so their tech can take a look at it. I might consider that even if that would leave me without a phone for a week or two but if you guys know how to fix it, you would save me from a lot of trouble. I really don’t know how to fix this and I’m sure it happened after I updated my phone. I don’t know what details to give you but please help me with this. Thank you! — Chap

Problem 2: Hello guys! I hope you can help me because I badly need my phone. There was a notification about an update that kept popping up so I downloaded it and it took forever to finish. After that, my phone rebooted on its own and since then it refuses to start like it used to. It shows the logo during the boot up then it stays on the black screen until it reboots and the same thing happens over and over. If I’d known this would happen, I never should have allowed my phone to be updated. It was doing perfectly prior to this update so clearly, Samsung’s update ruined my device for me. Can you help me fix this thing up, please? — Clair

Troubleshooting: If you guys are familiar with rooting and flashing custom ROMs into your phone, you will find this problem normal because it happens all the time when you try to install a new firmware. Just like the first issue, it’s still related to corrupt caches and/or data, only this time the Android system is prevented from loading the Android interface. And more often, due to conflicts, the phone cannot start up normally, thus, resulting to infinite boot loop. Wiping the cache partition is one way to deal with it. In fact, it is very effective in fixing boot loop issues. Here’s how you do it…

In case the problem remained even after wiping the cache partition, try booting your phone in safe mode to see if it can. If so, backup all your data, otherwise, proceed to performing master reset immediately.

How to Master Reset Galaxy S4

After the reset and the phone still can’t boot up successfully, then the update must have gone wrong. The new firmware needs to be reflashed. You may want to contact your carrier or service provider for that matter.