While health trackers like the new Fitbit Charge 3 are standalone devices, you have to connect or sync them with your smartphones to enjoy their full potential. There are actually features that would only work if your health tracker is synced or connected to your Android or iOS device. So, when you’re having syncing issues, some features may not work that’s it’s imperative that you troubleshoot your Fitbit Charge 3 so that you can make it work perfectly again.

In this post, I will guide you in troubleshooting your tracker that no longer syncs with your phone. I personally encountered this problem in the past and I can assure you that this can be fixed as it’s usually either a minor glitch in the system or a software-related problem. So, continue reading as this article may be able to help you.

But before we move on to the troubleshooting steps that you can utilize to fix the Fitbit syncing issue, if you are looking for a solution to a different problem, drop in on our Fitbit Charge 3 Troubleshooting page for we have already solved some of the most common issues with this device. We may have already published articles that could help you with your problem. Or, if you need further assistance, fill up our questionnaire as we may be able to help you with your concern.

Before your start, you need to make sure that the battery isn t critically low for both phone and the tracker as this might also be the reason why the Fitbit Charge 3 device won t sync. Might as well turn off Bluetooth on other Bluetooth devices around as one of them might interfere the tracker to sync. Your smartphone should also be connected to a stable Wi-Fi or cellular data and Bluetooth settings on your phone should be turned on. Most importantly, your phone should be running the latest iOS or Android software version. If all these requirements are met and the tracker still doesn t sync , then you can go ahead and try these fixes listed below.

Rebooting your Fitbit Charge 3 and the phone that’s connected to it is often the most effective solution to problems that occur without apparent reason or cause. If both your devices have been working properly without any issues and then this problem started out of the blue, it could be just temporary. Restart your phone first and then reboot your Charge 3. To reboot your Fitbit device, press and hold the button on your tracker for 8 seconds. Release the button. When you see a smile icon and the tracker vibrates, the tracker restarted. Retry to sync after the restart of both devices.

If the device didn t sync after restarting both phone and the tracker, try refreshing your Bluetooth connection. To refresh Bluetooth connection between your tracker and your phone, delete the existing connection in your phone and then let it scan for available devices. To delete, you can head to your phone’s Settings > Bluetooth > the information icon next to your Fitbit Charge 3 device > Forget this device. Then scan for available Bluetooth or Fitbit devices and select your Charge 3 device.  However, if both devices pair and connect successfully and the problem is still occurring, then the problem could be with the Fitbit app.

See to it that the Fitbit app installed on your phone is up-to-date. To make sure the latest version of Fitbit app is running on your device, check Play Store or App Store for pending app updates. Updates are always important because they often fix problems that were reported by the users. For Android users, you can head to Play Store > Menu icon > My apps & games. Find Fitbit app update and tap the Update button next to the app’s name ( if available ). For iOS users, head to App Store > your Profile icon > Updates and look for available update for Fitbit. Don’t forget to restart your phone to make sure that the recent update will be implemented. Turn Bluetooth off and back on — then try to sync your tracker and your phone again.

The Always Connected and All-Day Sync features aren’t necessary enabled but while you’re troubleshooting this kind of problem, it’s better to enable both features. They could be found in the settings of your Charge 3. After enabling them, continue using both your Fitbit tracker and your phone to know if the sync goes through or if the problem still continues.

Some Android phones and all iOS devices will let you reset the network settings so if your has this feature, you should do it. What it does is delete all wireless connections in your phone and bring the network settings back to factory defaults. Thus, removing the list of connected Bluetooth devices on your mobile device and remove all other Fitbit devices. Most of the time it will fix network-related problems including Bluetooth issues.

Restarting the Fitbit app means to force quit the Fitbit app and open it again. If the problem is due to a minor issue with the app then this very simple procedure will be effective as it refreshes the app.

However, if the problem continues even after doing all those procedures, try uninstall Fitbit app from your phone and then download and install it again after a reboot. Make certain to install the latest version of the Fitbit app on your device. Then open the Fitbit app and login to your Fitbit account — then try to sync your Fitbit device and your phone tablet or computer one more time and see if it works.

You can also try logging in to your Fitbit account on a different device like computer and try to sync again. If the Fitbit Charge 3 device still fails to sync, remove all other devices from your account and see if the problem is fixed.

If the Fitbit device still won’t sync, then it’s time to reset your Fitbit Charge 3. It will bring it back to its default settings and factory configurations and if this problem is with its firmware or any other software-related issues, then a reset will fix it. After doing the factory reset, get your mobile device and try syncing your tracker again.

If none of these tweaks fixes the problem, you may reach out to Fitbit’s Contact Support or visit Fitbit Community for further assistance and recommendations. You can also take the Fitbit Charge 3 device back to the store where you purchased it if it is still under the returns warranty and see if you’ll be able to get your money back or get a replacement.

I hope that this simple troubleshooting guide can help you fix your Fitbit Charge 3 that keeps on dropping its connection with the phone. 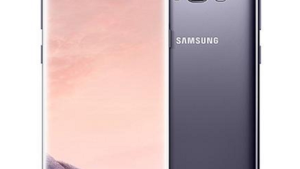 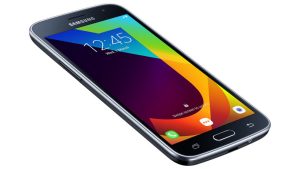