The Samsung Galaxy Note 8 broke cover a couple of weeks ago amidst much hype. The smartphone is no doubt one of the best phablets going around right now. It features a dual-camera layout on the back, which is a first for Samsung. But how does the phone compare with the existing lot of smartphones available in the market. While several articles have dived into that already, we’re going to take a slightly different approach and compare the new handset with Samsung’s 2015 Note flagship, the Galaxy Note 5. We’re not mentioning the Galaxy Note 7 here as it was recalled shortly after going on sale.

When we talk about the Galaxy Note series, the one thing that comes to mind are big displays and Note specific features. The Galaxy Note 8 is filled with all these features and more. The Galaxy Note 5 also comes with some of the software features that we see with the Note 8. Naturally, the 2017 flagship is bound to have more features on board. We are going to discuss that and a few other things today. 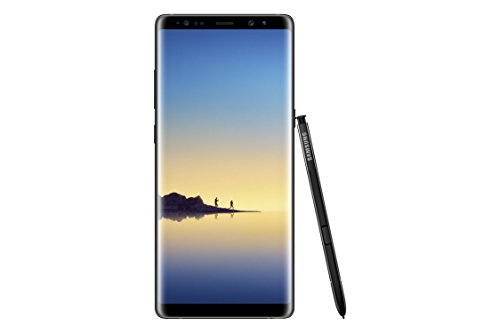 The Galaxy Note 8 comes with a combination of curved metal and glass on board. This is slightly different from the glass body on the Galaxy Note 5, although not too changed. Customers will also notice the placement of the S Pen stylus right next to the USB Type-C port, which is perhaps the biggest change in terms of design compared to the Galaxy S8 flagship from earlier this year. I’m not a big fan of the placement of the fingerprint scanner, however, which is hard to reach with the average user’s hand. The company is using a 6.3-inch 1440 x 2960 Super AMOLED display, which offers excellent color reproduction, which has for long been Samsung’s strong suit.

The Galaxy Note 5, on the other hand, settles for a 5.7-inch Quad HD Super AMOLED display, which is pretty decent for a flagship from a couple of years ago. Thanks to the large display and the relocation of the fingerprint scanner to the back panel, the Galaxy Note 8 comes with a screen-to-body ratio of 83.2% whereas the Galaxy Note 5 clocks in 75.9%. These are small changes, but have a big impact on the way the phone is used by the everyday user. Given the enormity of the Galaxy Note 8, it might not be suitable for one handed operation. Even reducing the bezel space doesn’t help Samsung’s cause here. But since the Note lineup is known pretty much for its large displays, we’re sure the market won’t mind this all that much. 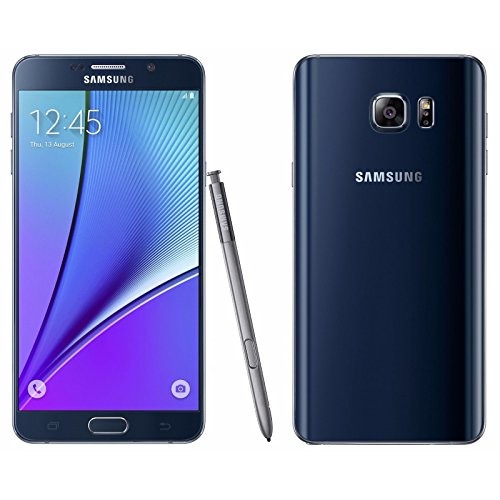 Samsung has really upped its game with regards to camera tech this time around. The Galaxy Note 8 comes with dual 12-megapixel sensors with an aperture size of f/1.7. The camera is capable of simultaneously recording 4K video and 9-megapixel photos, which is amazing for a mobile camera. The phone also comes with an 8-megapixel f/1.7 front facing camera, which should get the job done on most occasions.

The Galaxy Note 5 comes with a 16-megapixel f/1.9 sensor on the back, accompanied by a 5-megapixel f/1.9 front facing shooter. Although it looks like the Note 5 has a better camera, that’s not the case. The Galaxy Note 8 comes with a significantly enhanced sensor on board, which can do a lot more than just take conventional photos. Samsung’s rival to Apple’s “Portrait Mode”, known on the Galaxy Note 8 as “Live Focus Mode” is said to be doing a much better job at background blurring than any other phone in the market today, which is a massive advantage to have for Samsung.

The Galaxy Note 8 is powered by the octa-core Snapdragon 835 chipset in the North American markets. The CPU consists of four Kryo cores at 2.35 GHz and the remaining Kryo cores at 1.9 GHz. The chipset uses the Adreno 540 GPU on board, which is rated as one of the best mobile GPUs in the industry today. Samsung has also bumped the RAM capacity to 6GB on all variants of the Galaxy Note 8, allowing customers to get a lot more done with regards to multitasking.

The Galaxy Note 5 is using a standard 3,000 mAh battery under the hood, which is pretty decent, but just not enough when we think about the modern day smartphone user. Samsung claims that the phone comes with a talktime of 22 hours, which is pretty decent, although the number is expected to be down significantly with 4G LTE networks.
The Galaxy Note 8 is packing a slightly improved 3,300 mAh battery pack underneath. We cannot say with certainty if this particular device will offer better battery backup, but given the fact that Samsung has tweaked around practically every aspect of the flagship, we’re fairly positive that the battery life will be impressive as well..

Galaxy Note 8 vs Note 5 Other features

You will have to shell out depending on the model you’re picking. That’s a pretty big amount to pay for a smartphone. This is the off-contract, or unlocked pricing, however.

Whether you pick the Galaxy Note 8 or want to go with the older Galaxy Note 5, there is no doubt that you’re in very good hands. But if we were to offer a suggestion, it’s probably a good idea to test out both phones at a store before you make up your mind. The Galaxy Note 8 is no doubt one of the best phones in the market right now, and it comfortably gets our vote if you’re considering the purchase of a fully equipped flagship offering.