The era of bezel-less phones is here, and we welcome it with a warm embrace, giving you our top 5 favorite bezel-less phones in 2017 with the highest screen-to-body ratio. There are no bad or even mediocre smartphones on this list—only the best of the best—so you can rest assured knowing that no matter which one you pick, you won’t regret your purchase.


At A Glance: 5 Best Bezel-Less Phones in 2022 with the Highest Screen-To-Body Ratio

Even though we don’t sell smartphones, we can easily imagine that devices from Huawei wouldn’t be too hard to sell. The company likes to include an abundance of attractive features that make their products look fantastic on paper. Of course, customers have gotten smarter over the years when it comes to distinguishing empty marketing promises from those with some merit behind them. Given how well the Huawei Mate 9 sells, it’s not hard to see that it falls into the latter category.

The Mate 9 is the first Huawei smartphone that uses the company’s brand-new Kirin 960 processor. This computational beast includes a four-core A73 2.4GHz and four-core A53 1.8GHz CPU, delivering 18% faster performance. Alongside this flagship chipset is the Mali-G71 octa-core GPU and 4 GB of memory. To take things even further, Huawei has implemented a cutting-edge Machine Learning algorithm that automatically learns user habits, anticipating the user’s next moves to prepare resources in advance—clever stuff, indeed.

These days, it’s easy to dismiss performance as something that’s becoming less important with every new smartphone generation. After all, even affordable mid-range devices can handle just about anything you throw at them. That’s why the Huawei Mate 9 has plenty of other tricks up its sleeve.

Its large 4000mAh battery got us through 2 days of moderate usage, and the dual-lens camera from Leica, a premium-segment manufacturer of cameras and sport optics products, can easily compete even with the likes of Samsung, Apple, and the Google Pixel. The front-facing camera has a resolution of 8 MP and features Huawei’s new facial enhancement algorithm, which automatically detects your face and applies custom beauty settings to make you even prettier than you already are.

It’s stylish, it’s curved, it’s the Galaxy S7 edge. Curved edges are in vogue right now, and nobody executes them better than Samsung. This time, they’ve achieved a fantastic screen-to-body ratio of 76.1%, making this 5.5” smartphone relatively easy to hold in just one hand. And believe us: you will not want to put this phone down.

Its gorgeous metal body is smaller than the latest iPhone, and its smooth edges make it feel more like an exquisite pebble rather than a soulless electronic device. Because the screen extends from one edge to the other, the images on screen pop out and all colors are exceptionally vivid and accurate.

The entire body is tightly sealed to keep dust and water away. According to Samsung, the smartphone can survive being submerged in up to 1.5 meters of water for a maximum of 30 minutes. The ability to survive in such harsh conditions is even more admirable given the presence of both a 3.5mm audio connector and a microSD slot.

Smooth performance is provided by the Snapdragon 820 chipset, Adreno 530 GPU, and 4 GB of memory. The excellent responsiveness of the S7 edge is apparent everywhere, but especially when taking pictures with the 12 MP rear camera with phase detection autofocus. The camera takes a mere fraction of a second to focus, shoot, save, and become ready to take another picture. Its low light performance is near the very top of what modern smartphones have to offer, and it even produces detailed 4K footage at 30 frames per second.

All in all, the Samsung Galaxy S7 edge is a device that makes no compromises and, as such, delivers in every possible way. If you take good care of it, a phone like this can serve your many years, and it will be very easy to sell it on eBay once you’re ready for an upgrade. 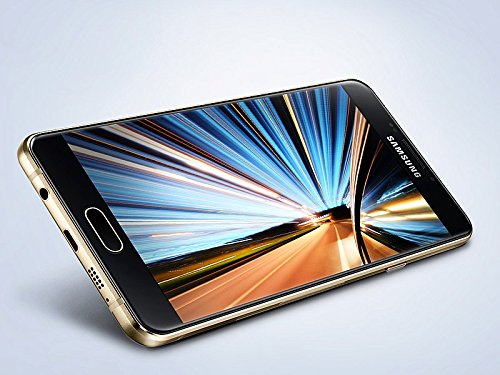 Featuring an elegant glass exterior, the Samsung Galaxy A9 is our favorite large, bezel-less smartphone for the masses. Amazon currently sells it for slightly over $300, which is an incredibly attractive price when you consider what the A9 has to offer.
The smartphone has a 6” Super AMOLED capacitive touchscreen with the full HD resolution and the Corning Gorilla Glass 4 technology for extra protection. The A9 runs on a slightly older chipset from Qualcomm, the Snapdragon 652, but we can’t say that the chipset limits the smartphone’s performance in any way whatsoever. This time, Samsung has included only the most useful apps from Google and Microsoft and a very small number of their own apps. As such, the smartphone feels lightweight and well-optimized.
Moving on to the rear camera, we have a 13 MP sensor with optical image stabilization and LED flash. The front-facing camera has a resolution of 8 MP and the ability to record full HD video footage. Both cameras perform adequately well given the price of the smartphone.
The one thing that made the Galaxy A9 stand out is its long battery life. The 4000mAh battery can keep the smartphone functional for almost 3 days, and thanks to the support for fast battery charging, you’ll be back on your feet in no time. It’s also worth mentioning that the A9 has a front-mounted fingerprint reader and support for active noise cancellation during phone calls. 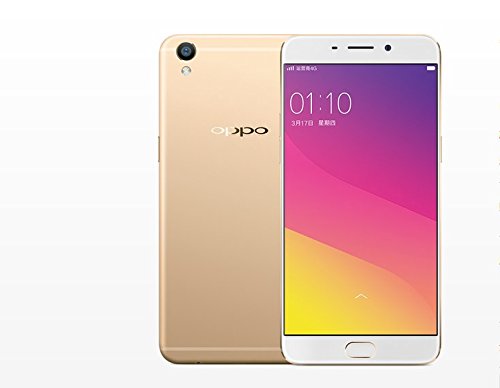 The OPPO R9s Plus is a self-proclaimed selfie expert. The front-facing camera is essentially a high-end rear camera, and the rear-facing camera is even better. Thanks to the new image sensor, the rear-facing camera can capture up to 4x incoming light, producing perfect selfies no matter what time of the day you are taking them. The camera also features OPPO’s ISOCELL technology, which helps to reduce the interference between pixels.
Even though the camera itself is capable enough to amaze your friends and followers with its remarkable picture quality, the Beautify 4.0 camera bundle takes things to the next level. This automatic skin enhancement tool can brighten your skin, remove blemishes, apply various filters to the picture, and more.
The R9s Plus has a 6” screen with 75.1% screen-to-body ratio and the full HD resolution. A large screen like this would quickly turn lesser smartphones into useless paperweights, but the 4000mAh battery keeps the R9s Plus operational for up to two days of moderate use. The smartphone is powered by the Snapdragon 653 processor, which is engineered to support 10 percent higher performance compared to the 652. Even though there are better processors available, the 653 easily handles all common, and not so common, usage scenarios, especially thanks to the presence of 6 GB of memory.
Included with every OPPO R9s Plus smartphone is a special charger that supports OPPOS’s OOC Flash Charge technology. According to OPPO, five minutes of charging can give you enough power for a two-hour phone call. Even the new version of OPPO’s version of the Android operating system, called ColorOS 3.0, focuses on battery life as well as the overall performance of the device.

You’ve probably heard of ZTE, the company behind so many highly-rated budget smartphones, but you may not have heard of nubia, which is a sub-division of ZTE that focuses on high-end devices. In the past, most smartphones with nubia’s logo on the back stayed in their home country, China. That’s not the case with the ZTE nubia Z11, and there are several reasons why we believe that you should be thrilled about this smartphone.
One of these reasons is the Z11’s gorgeous 5.5” display with 75.2% screen-to-body ratio and the full HD resolution. Not only does the non-existent bezel look fantastic, but the edges are interactive, allowing you perform gestures to control a variety of settings. It’s not something that we would use very often, but there are certainly many people out there who would.
The Z11 is a slim smartphone with durable, metal body. Looking at it from the back, there’s a very high-quality 16 MP camera with phase detection autofocus and optical image stabilization in the top left corner. In the center below it is a fingerprint scanner that you can use to quickly unlock your phone. The back cover is non-removable, and so is the 3000 mAh battery.
The ZTE nubia Z11 runs a re-skinned version of the Android operating system, called FiT 2.0. Much like Xiaomi’s MIUI, FiT 2.0 ditches the app drawer in favor of a user interface that controls more like iOS. Everything is smooth and well-optimized, so it’s unlikely that most users would feel the need to install a third-party launcher, even though they easily can.
ZTE couldn’t call the Z11 a flagship device if it didn’t feature flagship specifications. There’s the Snapdragon 820, Adreno 530, and up to 6 GB of memory. ZTE sells only one version of the Z11, and it has 64 GB of internal storage space. Users can get more by sacrificing one of the two SIM card slots, using it as a microSD card slot.