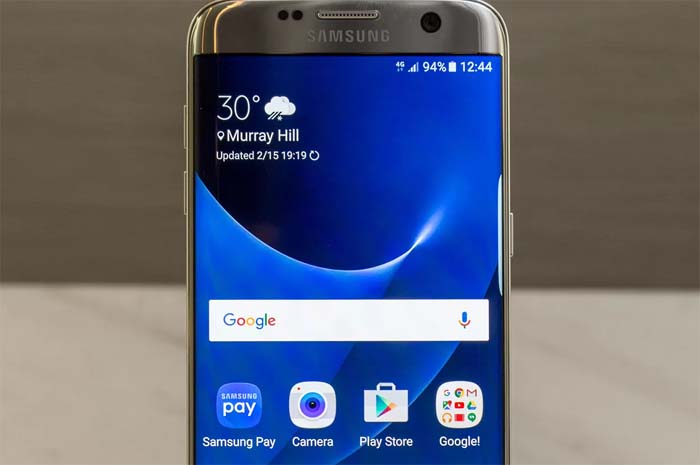 If you’re an owner of the Samsung Galaxy S7 Edge or any Android smartphone for that matter, you must have encountered issues regarding some of your apps may it be a minor crash, freezes, lags or more complicated problems that may affect the general performance of your device.

In this post, I will address some of the problem we received from our readers including an issue with Bitmoji wherein the user said she can no longer attach avatars to her text messages. The thing about these problems is that they may be caused by the app itself, other apps or the firmware. You can only fix the problem, or at least get rid of the app that’s causing it, if you’ve successfully ruled out one issue at a time.

Read on to learn more about these issues and how to tackle them in case you’ll encounter one in the future. If you’ve already contacted us regarding a related concern, try browsing below to see if yours is among the problems I cited here. If not, try visiting our troubleshooting page as we’ve already addressed a lot of issues with this phone.

Feel free to use the solutions or troubleshooting procedures we suggested. You may also contact us if you need further assistance. All you need to do is fill up our Android problems questionnaire accurately. Provide us with the information we need as well as accurate description of the problem and we’ll do the rest for you.

Q: “I have installed the Bitmoji avatar app, I have followed the troubleshooting steps sent by the company and still nothing.  When I go to attach the bitmoji to a text message it says “unable to attach file”, but it attaches to group me, WhatsApp, Facebook, etc. Not sure what’s wrong. I’ve reset,  changed the keyboard and changed the app. Nothing fixes it.”

A: There are a lot of people who encountered this problem. Most of them said that they were able to use the app and attach bitmojis to their text until recently. Most of those that complained are Galaxy owners, which made us to believe that it’s a firmware related problem since many of the reports indicate they recently updated their device and then this problem happened.

Assuming it’s a firmware-related problem, it can’t be fixed until Samsung rolls out another update or Bitmoji’s developer releases another update to also address it. However, to rule out the possibility that it’s just an app issue, try these things:

A: Are you seeing a notification or a webpage? If it was the latter that’s prompting you, it might be an ad or something that tells you to download something once you visit the page. As you said, you already found out there were only 2 updates and if by “galaxy updates” you meant Samsung apps, then there would be 33 of them in your phone. You may also try to open Play Store and go to My Apps page and see if there are apps that need updating. Once you’ve done that and you’re seeing that same notification, then it really must be an ad.

If it were a notification, however, just make sure you updated every app and then clear the cache partition to get rid of old caches:

Q: “New phone. When adding my existing Google account, I enter the Gmail email address and press next. Does not reach the next screen to enter a password. Same if I try to use the same screen to create a new account instead. I’ve tried factory reset, and have disabled 2 factor authentication.”

A: Apparently, it’s a firmware issue and the only thing you can do about it is have it replaced with a new one while you still can. There’s no point in troubleshooting a brand new phone that already has an issue out of the box.

Q: “My phone is set to only backup it’s pics and info at night over WiFi.  Instead, it is syncing about every three minutes. I’ve don’t everything I know to do and followed instruction after instruction online. Thank you so much for creating this forum, you’ve helped me with several phones already! Please let me know your thoughts, Christine.”

A: If you’re using Google Photos to manage your pictures and backups, I don’t think it has an option to schedule the backup process, although you can set it to backup only when on Wi-Fi or mobile data. If you’re connected to mobile data most of the day and only has access to Wi-Fi at night, then you just have to check if the Photos app is allowed to backup pictures even over mobile data. You need to change that to just Wi-Fi.

On the other hand, if you’re using a different app, as much as we can, we really can’t help you simply because we don’t have a clue what app it is.

A: As to the email issue, there’s no setting that would allow you to automatically move (open) to the next unread message after deleting one. You’ll be brought to the inbox to view the headers of other messages regardless whether they’re read or unread.

About the other issue, if you meant the continuous scrolling, such feature no longer exist on the S7 variants. Samsung took it away for some reason, although, I myself found it useful.