The Samsung Galaxy S6 Edge Android Nougat update has recently been rolled out but some of our readers are already complaining since their phones are now stuck in bootloop while others reported theirs cannot boot up successfully. We have already addressed similar issues before and there might be some similarities to some of the issues we solved in the past and the cases that many S6 Edge users are currently experiencing. 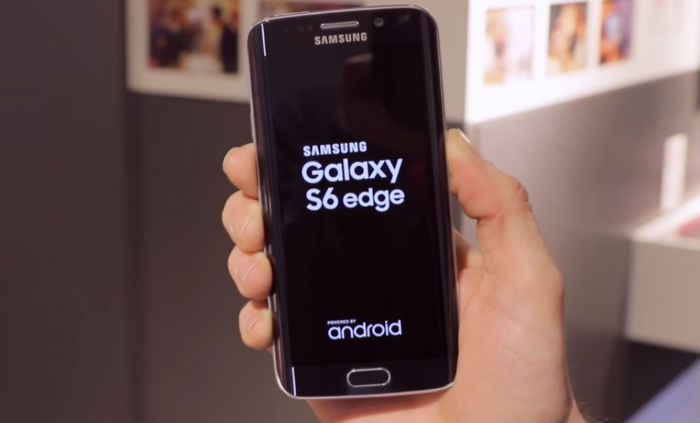 In this post, I will walk you through in troubleshooting your Galaxy S6 Edge that got stuck in bootloop after the Android Nougat update and those that are stuck on the logo for some reason. We will try to look into some possibilities and try to rule out each one of them until we can formulate a solution that might fix the problem or bring the phone back to its normal state. So, if your Galaxy S6 Edge has recently been updated and are  now bugged by this problem, continue reading below.

On the other hand, if you have other issues with your phone, try to visit our troubleshooting page for we have already addressed a lot of issues with this phone and odds are that we’ve already answered similar problems. Try to find the same problems and use the solutions or troubleshooting guides we suggested. If they don’t work for you or if you need further assistance, then contact us by completing our Android issues questionnaire.

Problem: There was an update that I downloaded and I think it went well. I believe it has something to do with the operating system of my phone, something they call Nougat or something like that. Well, there was a notification and I’ve already ignored it a couple of times but it kept coming back so I downloaded it. After the update, the phone just keeps on restarting, I mean it can no longer reach the home screen. It shows the logo, then the black screen and then restarts and does the same thing over and over. I’m not quite sure what happened to it but the only thing I remember is the update so it might have something to do with this problem. My phone is a Galaxy S6 Edge. help me please.

Troubleshooting: The Android Nougat update for the Galaxy S6 Edge and other variants was rolled out this month and while many have been anticipating it, many have been disappointed as it brought some issues that many don’t know how to fix and this is one of those issues. However, it may seem like a complicated problem considering the fact that the phone can no longer boot up successfully, it usually isn’t. So, I will walk you through in troubleshooting your phone and this is what you need to do:

When the power key is stuck, it will cause the phone to restart over and over until the battery runs out or you do something about it to break the bootloop. That is why the first thing you have to do is make sure the power key is working properly. If you have a third-party case, then it might be the cause of the problem since many cases aren’t well-designed that they make the Power key get stuck. If you are using one, then remove it until the problem is fixed.

Assuming you’re not using any case or if you’ve already removed it and the problem still occurs, then try pressing the Power key several times to make sure it can get out of being stuck. If the button doesn’t snap when you press it, it might be damaged and that is a different story since you need a technician to replace it.

Let’s assume the power key is working fine when you press it, then you should do the soft reset procedure to make sure the boot loop isn’t caused by a glitch in the system or hardware. Glitches can oftentimes, be fixed by a reboot but the soft reset does more than just what the reboot does. It drains electricity stored in some of the components and refreshes your phone’s memory. So, take a little time doing it, after all, it’s safe and effective.

Press and hold the Volume down and the Power buttons together for 10 to 15 seconds. Your phone may break the boot loop and start successfully after this but if the problem still remains, you should try the next step.

Step 3: Try to start it up in Safe mode

We will now try to rule out the possibility that the problem is caused by one or some of the apps you installed that may have started crashing after you’ve updated your phone to Nougat. Thus, you have to boot your phone in safe mode to temporarily disable them and if our suspicion is true, then there shouldn’t be any problem booting up in this mode. Once the phone is in it, you have to find the apps that cause the problem and uninstall it one by one. Here’s how you boot your S6 Edge in safe mode:

And this is how you uninstall an app…

Every time you uninstall an app, try to reboot the phone normally to see if the problem got fixed.

Step 4: Attempt to boot it up in Recovery mode

If the phone couldn’t successfully boot up in safe mode or if after uninstalling some apps the problem remained, then you should do this step. You have to bring the phone into Android system recovery as there are two important procedures you can do that might fix the problem.

The first thing you have to do if your S6 Edge has successfully entered Recovery mode is to wipe the cache partition so all system caches will be replaced with new ones.

If the wiping of the cache partition isn’t successful, then you should reset your phone:

Problem: It is stuck in the boot loop. You go to turn it on it shows the Galaxy S6 Edge logo the will turn black on then go to the logo. It continues like this over and over.

Solution: Hello! If we have to look at the symptom that your phone is having now, there are several factors we have to consider to know why your device cannot boot up successfully. It might be that an app triggered it or the system itself is crashing. So, the best thing that you should do is to isolate the issue by performing the basic troubleshooting procedures. Through these methods, we can immediately identify what caused the problem and possibly fix it without the help from a technician. Here are the steps that you should do:

Step 1: Perform Forced reboot for it might be a system glitch

More often, due to several applications that had been launched the system cannot anymore handle the tasks and this may push the firmware to crash. If this is just caused by a simple glitch, then this procedure might help fix the issue. In doing this, the system will be refreshed and the apps that runs in the background will be closed automatically. Just press and hold the Power and Volume Down keys simultaneously for 10 seconds until the device boots up. However, if your phone still stuck on the samsung logo, then you can jump to the next method.

Step 2: Try to restart your device in Safe mode

Now, we have to verify if some of the apps you installed on your phone might caused the issue by booting it in safe mode. But take note, this procedure won’t fix the problem, instead, it will only give you a hint if there were apps responsible for it. While in this mode the downloaded applications will stop from running and only the built-in apps will run in the system. So, if your phone doesn’t can boot up without a problem, then there should be a culprit caused it and try to find that one by uninstall each and every app you have until it is fix. But if it persists, you can move on to the next method.

Since, the issue still happening after the forced reboot and safe mode procedures there is a chance that the system caches were outdated or corrupted and prevent your phone to boot up completely. So, what we have to do now is to reset its cache directory to make sure that all caches are new and won’t conflict to the system once the device will use it again. Just follow these steps above on how to delete the system cache.

After the procedure, observe closely if your phone boots up because if not, then it might be a serious firmware problem and you don’t have a choice but to proceed to the last method, which is resetting your phone. The good thing is that by bringing it back to its default settings all bugs that are difficult to be removed will be wiped out. But in doing so, all applications you installed from will be erased including your contacts, videos, music, photos, etc. Sadly, since your phone won’t boot up, you cannot make a backup so it’s up to you if you proceed with the reset or not but I hope you do because that would be the last procedure you need to perform before having a tech take a look at your device. Just follow the steps on how to master reset your S6 Edge in the first problem.