System issues are among the most common problems reported by our readers. Ever since we started supporting the #Samsung #GalaxyS5, we received hundreds of those problems and I included some of them in this article. Issues like random and/or frequent reboots, SIM card recognition/detection error and getting stuck while booting up always make it to the top ten list. Read on to learn how to tackle these issues. 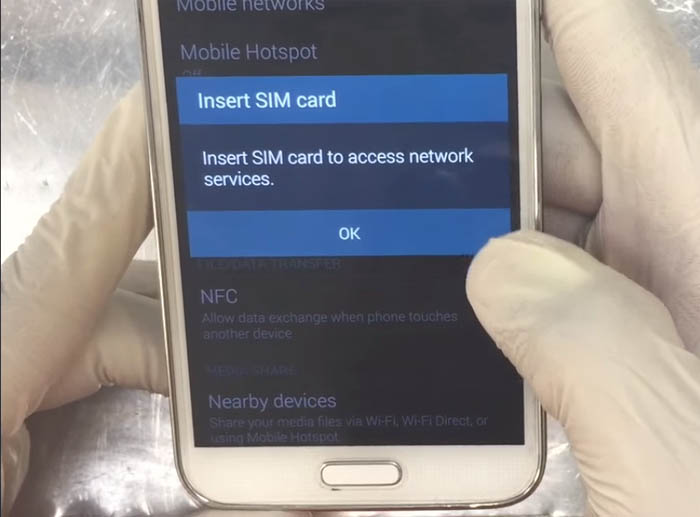 Other problems I cited here include glitches after turning off multi-window mode, sec.abt service sucking up the battery and issues after successful rooting process. I provided some explanations as well as recommendations on what to do if they occur. You may click on the link below to jump to a specific issue to know how to address it in case you encounter something similar.

For other concerns, visit our troubleshooting page and find issues that are related and use the existing solutions. If they won’t work or if you couldn’t find something similar to your problem, fill up this form and hit submit to contact us.

Problem: Phone keeps restarting by itself and won’t recognize SIM card after being restarted. But if I pull out the SIM and the battery and leave the phone for a day, and then reassemble, it will recognize the card (and not restart by itself) and I will be able to receive texts but cannot use internet unless it’s on Wi-Fi.

I did a factory reset (after backing up data) to attempt to fix this issue but now it says it cannot restore the data, stating a network error, despite having a working Wi-Fi connection.

Answer: Okay, what made your problem so complicated is that you mixed everything up. So, let me itemize them for you:

Based on that, here’s what you should do:

Galaxy S5 showing sec.abt as one of the running apps

Problem: Have something showing up with a green Android man on my apps running list; lists as sec abt version 3.1.93. I think but not sure it’s draining my battery.  It can’t be force stopped or if I uninstall it, it reinstalls itself in seconds. I’ve downloaded Greenify but even that can’t hibernate it. I have done a Factory Reset on my phone and started it up with no apps at all on it but this thing still there. I have also done a wipe cache partition on it. Any offers as to what this is. If I need it and if I don’t, how to get permanently rid of it please? Many thanks, Marion.

Answer: As you said, it’s already in your phone after you did the factory reset without installing any apps. It means it’s one of those pre-installed apps or services. It’s embedded in the firmware and unless you have a root access, you can’t get rid of it. But to give you an idea what it is, it’s a service that allows users to track the device and do remote lock or wipe. It’s very useful for lost phones. It’s not exclusive to Galaxy S5 as Nexus devices also have it so are other Android phones running Kitkat and up.

So, it’s nothing to worry about and it is, in fact, one of the apps that use the battery but I don’t think it uses that much because 99% of the time this service is idle.

Galaxy S5 started to glitch after turning off multi-window feature

Problem: After using multi window for the first time after having phone for 6 months, exited by pressing the home button and then switched multi window off. After this I have bizarre interface issues where elements like keyboard, notification bar will move vertically around on the screen. When I try to use the keyboard in many apps including Chrome and Google Now it will suddenly display halfway up the screen. The notification bar will switch out to display a different app while I am still in another app. During reboot I have a white bar across the bottom of the screen for a second on the first boot screen. Sometimes inside apps that display text it will go into pseudo multi window mode and move the display around. The phone can freeze, or even just switch completely off and not be able to be switched back on for some time (concerning!).

This is intermittent and I have not worked out what triggers it. I switched multi window back on to experiment and noticed I sometimes get a sidebar of glitchy noise where the multiwindow sidebar should be – something very wrong here.

I am about to do a factory reset, but can’t back anything up at the moment and would like to avoid if possible. This is a Telstra Australia phone with stock launcher and very minimal third-party apps. Of course I will take it in to a Telstra store but just thought I would get your take on this as I can’t do this for a few weeks.

Answer: You’re not the only one to have experienced this problem but it’s actually just a minor problem with the firmware. Factory reset can take care of this but then you’ll have to go through all the hassles of backing up your data just to fix this.

Galaxy S5 vibrates, shuts down, starts up again and can’t get past the logo

Problem: Every now and then (happening more often) my phone will vibrate for about 30 seconds and shutdown but it tries to restart itself. Rather than it restarting it stays on the Samsung android screen, flickers then vibrates for a second then goes black and the same screen comes up. I don’t know what is causing this. Also my phone overheats all the time and images are burnt into the screen. Took it to my provider and they thought I’d had the screen on for hours when that is never the case. My settings have it to dim and shut off after 30 seconds. Can you help me please?

Troubleshooting: The problem isn’t with the Settings but with the Power button–it’s stuck! Power buttons seldom get damaged so if this problem occurred without apparent reason, then it’s stuck. Try pressing it many times to see if you can fix that. If not, then try taking of the case and fix it or have someone do it for you especially if you’re not comfortable opening your phone.

Problem: I tried to root the phone using CF-Root. The root passed and when it tried to reboot it got back to the Odin screen with “Downloading…Do not turn off the target” screen. It remains on this screen forever. If I try to boot by pressing the Volume Up + Home + Power on it goes to the recovery booting… “Recovery is not SEAndriod enforcing. Set warranty bit: recovery” screen. If I use the power + home + volume down button it comes back to the “Downloading…Do not turn off the target.” Please help.

Once you’ve successfully booted in Download Mode, use Odin to flash the recovery. That’s all!

Problem: I was trying to back up my phone on Kies when all of a sudden it shut down and went into emergency calls only mode and now every time I turn it on it pops up with “Unfortunately, the com.android.phone process has stopped” then after that it says “Unfortunately, popupui receiver process has stopped”. It is a brand new phone from my work.  I was only trying to transfer my contacts and photos from my old Samsung Galaxy S3 and this happened. Some help would be greatly appreciated. Thanks.

Suggestion: If you can still navigate through the Settings menu and to the Application Manager, then try clearing the cache and data of the Popupui Receiver and that should fix the problem. However, if you can’t use the phone properly in normal mode, then try booting it in safe mode and do the same.

Problem: Okay, 2 months ago I decided to check if my phone needed an update so I clicked on software update, it downloaded some OEM and then downloaded new software to 5.1.1, once I upgraded I found out the new 5.1.1 wouldn’t allow me to use my MHL HDMI adapter to my TV anymore, it would just glitch into reboot loop once you plug it to your tv, so I looked online and found out other users of the new update had those same problems, so I did a few hours of finding a way to downgrade I found the software and it reverted back to 5.0, but I think it still had the other new software as well, but I can use my HDMI adapter again after I rebooted it and cleared cache but now my network connection crashes from time to time and now my keyboard doesn’t save any of my saved predictive words anymore, and network errors happen as well, so I don’t know whether it’s a configuration glitch, or SIM malfunction.

Answer: According to your description, these problems occurred shortly after you downgraded the firmware in your phone so I think it’s firmware-related. I don’t know how you did it but I think something was wrong. Since I’m not sure how savvy you are, I won’t recommend things that might even mess up your phone. So, please, find a technician who knows how to fix this.

But you know what, if you know how to flash the firmware using Odin, you might be able to fix these problems of yours. All you got to do is download the firmware you want reinstalled and use the program to flash it on your phone using a computer. If you’re savvy enough, then you know what to do, otherwise, find someone who knows.