There are several uses for having a dedicated voice recorder at your disposal. You can use these to record conversations or simply record ideas that you might have at any given time. However, it is no longer necessary to invest in an expensive voice recorder given that most Android phones come with the ability to record audio at will. But what if you’re not content with the default voice recording option on your smartphone?

So let’s talk about some of the best voice recorder apps that are available for Android. 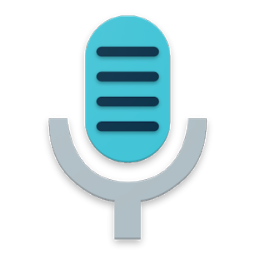 The developers of this app claim that with support for high-fidelity 44 kHz audio sampling, it puts itself beyond any other conventional voice recording application. The app stores recordings as Mp3 files as soon as you hit the record button, with the ability to store it in the native storage or SD card storage depending on your convenience. The app also offers the ability to upload your files automatically to cloud services like Google Drive or Dropbox, thus assuring you of the safety of your recordings. You can choose to upload files when you’re on Wi-Fi or on mobile data, depending on your convenience.

A feature to protect discretion allows you to switch the button, so that it’s not openly visible. You can also directly transfer the recordings to your computer using a Wi-Fi feature. The one caveat here is that the free version only allows you to record clips of up to 10 minutes. You will need to purchase the Pro version of the app in order to record longer audio files (unlimited duration). The free version has no ads or in-app purchases. This app is specifically designed to help you record lectures and notes from classes for later perusal. It can help both teachers and students to present notes or to record them as per their convenience. With that being said, it can also be used for presentations in several other setups, so its use case is not limited to the academia. In addition to capturing audio or video recordings, the app can also help you take down handwritten notes, basically turning it into a virtual notebook. These notes can then be projected onto a bigger screen for presentations and lectures.

This app isn’t free though and will set you back by $5.99. Luckily, the developers also offer a free version of the app to let you try out its features. The free version is limited and only offers some features since it’s designed to give you a feel of the app and its features. LectureNotes is not your conventional voice recording app, and that’s not a bad thing. The best voice recorder app works with any device running Android 3.0 and higher. This is a revolutionary voice recording app that allows you to get transcripts of conversations, which can be convenient for journalists and students taking notes. It uses artificial intelligence to detect voice recordings and create accurate transcripts. Users can add their voiceprints so the app can know who is talking and even tag other users for easier detection. The audio recordings can be exported into Mp3 files and even shared around the web as view-only links. If you want to get transcripts of phone calls, a separate app called Call Recorder – ACR is recommended by the company.

Since this is the free version of the best voice recorder app, there are some caveats. You only get 600 minutes of transcripts with this version. This goes up to 6000 minutes if you get the Pro version. The app runs on a subscription model, costing $9.99 per month or $79.99 per year. The free version of the app has no ads, but only in-app purchases. Otter Voice Notes works with any smartphone running Android 4.4 and above. 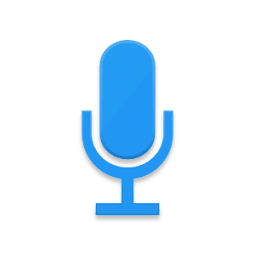 As the name suggests, this is perhaps the simplest voice recording app out there. It can help you take lengthy recordings with the quality remaining consistent even if the speaker is at some distance from you. The app is ideal for recording lectures and interviews. As the developer notes, budding musicians can use the app to record ideas and melodies, thanks to the high-quality audio recording tech on board.

Given the simplicity the best voice recorder app offers, it’s no surprise that it is the Editor’s Choice app on the Google Play Store. This particular version is free to download but is ad-supported. The developers also offer a Pro version that comes with a bunch of other features, including the removal of ads and automatic uploads of recordings to cloud services like Dropbox or Google Drive. Check out the app from the Play Store.

This particular voice recording app is completely different from the apps that we’ve already talked about, in that it can record audio even if you haven’t initiated a recording manually. When you want an audio recording retrieved, you simply go to the app and get the recording from the past few minutes. This way, you only have a recording of the important parts of a conversation and not the entire thing. Of course, you can also save large recordings if you’re at a lecture or a meeting.

The app offers noise reduction by default, giving you high-quality audio in any situation. The interface is easy to use, and you can find all the necessary features within a few taps. The always listening feature makes this a much better recording app than conventional audio recorders, giving it a significant advantage over the competition. The app is free to download but comes with ads and in-app purchases. Snipback is compatible with devices running Android 5.0 and higher.