Amazfit is a company owned by Huami, which in turn is a partner of major Chinese OEM Xiaomi. The Amazfit brand is used exclusively for smartwatches and has made quite a name for itself in its short time in the market. Thanks to its low-cost offerings and high-appeal, Amazfit was at one point the world’s second-largest manufacturer of wearables.

Two of the company’s popular offerings available in the market today are the Amazfit GTR and the Amazfit GTS. Given the similarities in name, it’s easy to confuse the other for a slightly newer model with no major upgrades. However, there are some distinctive differences between the two wearables, and we’re going to discuss them in brief today.

But first, let’s look at what each smartwatch brings to the table individually.

Amazfit GTR vs Amazfit GTS Which Smartwatch Is Better 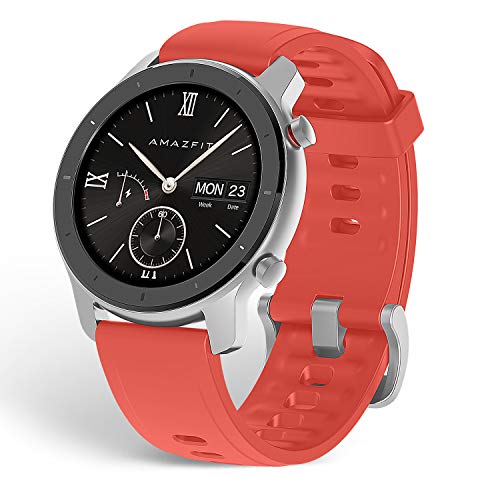 The Amazfit GTR is a beautifully designed wearable that comes with a traditional circular display, though this design was seemingly rare in the smartwatch market at one point. It works with both Android and iOS smartphones, and comes in a wide range of colors as well as an intuitive internal operating system operated via an application on your smartphone. 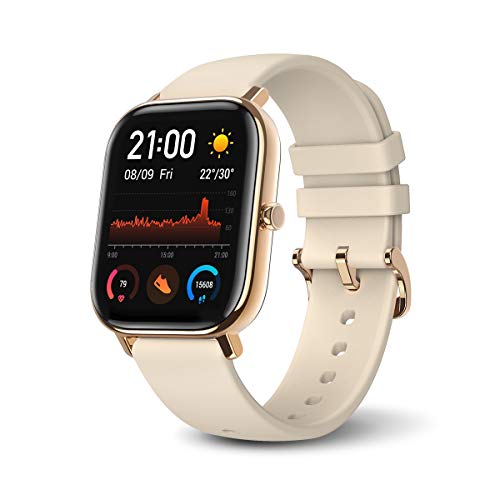 The Amazfit GTS is evidently the larger of the two, and that is thanks largely to its square, Apple Watch like display (it even has a digital crown on the side). It’s very sleek and lightweight, and comes packed with a couple of additional features as well. Just like the GTR, it can handle all essential notifications from your phone including voice calls and messages.

Now let’s take a look at some of the differences between the two wearables.

This is an area where the two wearables are completely apart from each other. While the GTR comes with a neat circular display, the GTS has a square-shaped display. On the bright side, the square display also provides additional real estate to play with. It’s worth pointing out that while the GTR is available in two sizes (42mm and 47mm), the Amazfit GTS is only available in one variant. The 47mm model has dimensions of 47.2 X 47.2 X 10.75 mm while the 42mm variant measures 42.6 X 42.6 X 9.2 mm. The smaller version weighs 25.5 grams while the 47mm model is slightly bulkier at around 40 grams.

The 47mm GTR is available in models like Stainless Steel, Titanium, and Aluminum Alloy, so there’s no dearth of quality options to choose from. Meanwhile, the Amazfit GTS is made with a durable aluminum alloy which also gives it a premium appeal. The GTS has dimensions of 43.25 x 36.25 x 9.4mm and it weighs 24.8 grams, making it lighter than even the 42mm Amazfit GTR. Though it’s hard to ascertain a winner in this regard, we call this for the Amazfit GTR thanks to the size options it brings to the table.

Digging into the specifics, the 47mm GTR comes with a 1.39-inch circular AMOLED panel underneath while the 42mm GTR has a 1.2-inch AMOLED panel. The use of an AMOLED panel means it can perform perfectly well under sunlight as well, which is a bonus for a smartwatch.

The Amazfit GTS has a larger 1.65-inch panel underneath, which is also AMOLED. The company mentions that it has a pixel density of 340 PPI, which is fairly decent for a small screen on your wrist. The key distinction in terms of the display here is that the GTS comes with a square display, which also allows the company to provide more screen space for widgets and other interactive characters on the wearable.

Both wearables come with Corning’s Gorilla Glass 3 protection to keep it safe from scratches. The GTS also comes with anti-fingerprint coating on top to enhance the wearer’s experience.

The Amazfit GTR is designed to be a sporty wearable, and as such it comes with the ability to track multiple types of activities including running, cycling, swimming, and even mountaineering.

Keeping outdoor runners in mind, the GTR also comes included with GPS and GLONASS sensors for accurate tracking of your distance during an outdoor jog or walk. Another essential feature included with the GTR is 24×7 heart-rate tracking powered by biotracker ppg sensors. Wearers can also enable notifications for when your heart-rate is getting too high, thus reminding you to slow down.

Much like the GTR, the GTS also comes included with dedicated GPS, though there’s no GLONASS included. The company mentions that up to 12 activities can be tracked on this smartwatch, so it’s not too different from the GTR in this regard. There’s a 24×7 heart-rate sensor included with the GTS as well.

While both smartwatches offer a healthy stream of watch faces that can be chosen from the dedicated gallery, the Amazfit GTS has the added advantage of allowing widgets and other interactive icons on the home screen, thanks to the additional real estate.

Both wearables come with 5ATM water resistance protection, which allows for swimming at the depths of up to 50 meters without causing any harm to the watch. This gives both smartwatches a distinctive advantage among other fitness wearables.

So as far as features and functionality are concerned, the Amazfit GTS clearly is the winner.

The Amazfit GTR uses a low-powered chip to keep battery consumption at bay, though the manufacturer hasn’t specified the make or thread count. Unfortunately, Huami hasn’t disclosed information on the processor used on the Amazfit GTS either, although given that it can handle more tasks, one assumes that it’s using a more powerful chip underneath.

Amazfit has specified that the GTS comes with 512MB of RAM, which makes it capable of running apps within the watch. The wearable also comes with 4GB of internal storage as per the manufacturer. On the other hand, the smaller GTR comes with barely any RAM to make it a smartwatch, and no user-accessible internal storage either. This practically means that the watch can only act as a tracker for your activities with the added bonus of tracking heart-rate 24×7.

The winner in this round is the Amazfit GTS for its superior range of sensors as well as internal hardware.

Now comes the most important part of any smartwatch – battery and battery life. Well, the GTR naturally houses a smaller battery underneath given that it is significantly smaller than the GTS. Amazfit mentions that the 42mm model uses a 195 mAh battery while the 47mm variant reportedly packs a 410 mAh battery.

While performance will differ in terms of actual usage, Amazfit mentions that the GTR can run for 24 consecutive days on a single charge. This is fairly impressive given how small it is. However, battery life is expected to come down significantly if GPS and GLONASS are in use for most parts of the day. The Amazfit GTS oddly uses a 210 mAh battery underneath, so it’s technically a smaller battery than the 47mm GTR model. Despite this, the watch can reportedly run for 14 days on a single charge. Though it can only run for 25 hours if the GPS is on the entire time.

Thanks to its longer battery life, the Amazfit GTR takes this round.

Fortunately, both wearables are compatible with a wide range of devices. To be more specific, the Amazfit GTR and the GTS will work on devices running Android 5.0+ and iOS 10.0 or above. All you need to download the official Amazfit app on the Play Store or the Amazfit Watch app on the iTunes App Store.

Given that neither has a real advantage here, we’ll call this a tie.

Although it would seem like this is an easy contest for the GTS since it’s the bigger smartwatch of the two, things aren’t quite that simple as we found out. While if you seek a more powerful option of the two, the Amazfit GTS is definitely the smartwatch you should get, battery life will leave you disappointed, particularly with something like the GPS used continuously.

This is an area where the Amazfit GTR scores some crucial points as it can last for more than 20 days without needing a charge. This can be countered by saying that the GTR is not really a smartwatch and more of a fitness tracker, but maybe that’s what some of the customers want. We also prefer the modern and refined look of the GTR, not to mention the fact that it’s available in two models, making the choice even harder between the two wearables.

So it comes down to what you’re looking for in a wearable. If you prioritize battery life and not having to charge every two days, the Amazfit GTR is certainly the best bet. But if you’re seeking an advanced smartwatch with more internal options to play around with, you can’t go wrong with the Amazfit GTS.

Do you have any more questions? Let us know in the comments below.