In today’s world, we’re using more and more storage space, whether that be for photos, videos, apps, games, and so on, hence the need for the best SD card for Android. Our phones sometimes don’t have the native space necessary to hold all of that, and so, an SD for Android phones might be a more economical way to expand that and give you more space. Android phones don’t support full-size SD cards though, they support its miniature brother, microSD cards. However, many microSD card packages come with an SD card adapter so that you can also use the microSD card in other applications, such as with a camera.

For a few bucks, you can get all the way up to 256GB of storage added to your phone with a microSD card. That’s a whole lot cheaper than buying a new phone.

Not sure what microSD card package to pick up for your phone? Here are some of our favorite options on the market right now.

Coming up as first and one of our favorites, we have the SanDisk Ultra. Coming in as one of the most impressive microSD cards on the market, this one will give you plenty of space for your Android phone with its 64GB of space. Data transfer rates are fast, giving you around 100Mbps in read and write speeds — perfect for filming 4K video as well as taking high quality photos.

This microSD memory card is actually really durable, staying protected against water, dust, magnetic fields, shock, and so on.

In second place on our countdown, we have Samsung’s very own EVO Select line of microSD memory cards. These are some of the best memory cards that you can get to date, and unfortunately, the price shows it. Samsung designed this one with high performance in mind to mesh with your Android phone really well, providing you with only the best data transfer rates to assist with those massive photo and video libraries. It has data transfer rates of 100Mbps per second, so those large photo libraries should be no problem for this card. Samsung does recommend using this one for 4K video as well.

Samsung includes a 10-year warranty with the card, keeping you safe from defects and any accidents.

Top microSD cards and SD card packages can set you back a pretty penny; however, if you’re on a budget and don’t want to spend a whole lot of money on extra storage, there are still options available to you. One of those is the 32GB High Speed Memory Card by Silicon Power, which you can grab for just a couple of dollars. You shouldn’t have trouble transferring large photo and video libraries with this one, as Silicon Power does advertise 100Mbps in data transfer speeds.

In fourth position on our countdown, we have an offering from SanDisk — the Ultra microSDHC model. This is slightly downgraded from the SanDisk Ultra we spoke of earlier, offering slightly slower speeds; however, you still get pretty good value for money out of this card. It has a whole 32GB of storage space inside, and speeds sit at around 80Mbps. That said, you’ll be able to transfer photos, videos, and files quickly and easily. Moving around large photo libraries and files shouldn’t take long at all.

Coming in as our number five choice on our list, we have Samsung’s very own EVO Plus microSD card. It’s an excellent package, giving you a microSD card with 256GB of storage, as well as an SD adapter so that you can use it in different applications, such as with cameras and laptops.

Samsung actually recommends this one for 4K video recording, not only because of the amount of space it has, but because of quick data transfer rates, too. You should have no problem getting 100Mbps in read speeds out of this, as well as 90Mbps in write.

Verdict on the Best SD Card For Android

Here we’ve shown you five of the best microSD memory cards for Android phones. Most Android phones do not support SD cards natively, but they do microSD; however, many of these microSD memory options come with SD adapters that you can put the microSD card in, and then use it in other applications, such as with cameras, computers, and laptops.

Do you have a favorite microSD or SD setup for Android phones? Sound off in the comments section below. 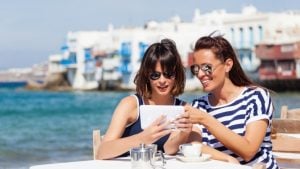