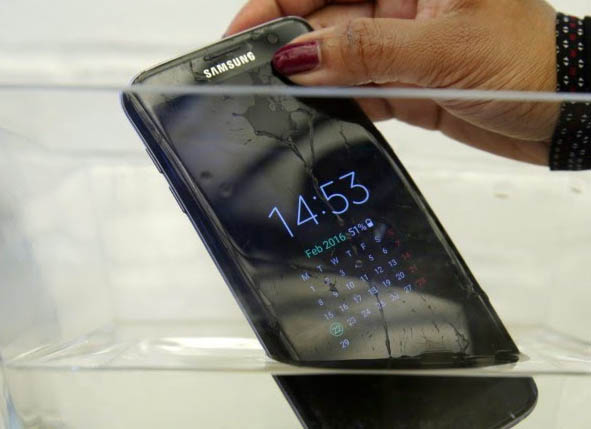 It seems that here have been a lot of Samsung Galaxy S7 owners that are suffering from power and charging related issues including the error message “Moisture detected in charging port.” The new Galaxy S7 has an IP68 certification for being “water-resistant” but not waterproof. Meaning, water can still find its way into the phone and mess up its components.

I have addressed some of the power and charging issues below. Read on to learn more about them and how to address each one of them for future reference. There’s a chance you’ll encounter one at any given moment.  It’s better to be prepared.

If you have other issues, on the other hand, visit our troubleshooting page to find issues we already addressed that are related or similar to yours. You may then use the solutions and/or troubleshooting procedures we suggested. If they don’t work for you and if you need more assistance, then you may contact us but make sure you provide us with all necessary information of your problem so we can help you better.

A: First off, there’s one way to verify if the phone indeed suffered water damage. Pop the SIM card tray out and then look at the little sticker that can be found inside the SIM card slot. If the sticker is red, pink or purple, then it was water-damaged. If, however, it stayed white, then there’s no water damage. However, there might be just some liquid residue in the port area. Try using a Q tip to clean it up or a hair dryer to blow warm air into it. After that, reboot your phone.

Based on reports from other S7 users who also encountered the same issue, some of them had to wait two to four hours before the phone started acting normal again while others said they had to wait just an hour or two. There hasn’t been any reports that suggest it’s a bug, so your device must have detected some water residue that’s it’s acting like this.

If this persists, however, I think you should consider your service provider’s offer.

Q: “My new phone keeps giving me a notification that it is connected for charge or to select options for transfer. Despite my phone not being plugged in. Happening continuously all day on and off. Phone is perhaps 3 weeks old and not water damaged or being dropped. Please help.”

A: Most often, if the phone acts like it’s connected to a computer or a charger even if it’s not, then often it’s water that’s messing up your device’s utility port. I understand you said your phone hasn’t been water-damaged and I don’t want to discredit what you said, however, you should check for yourself if the Liquid Damage Indicator found in the SIM card slot has turned red (pink, purple) or not. If it did, then that’s what’s causing the problem. If the LDI remained white, at least, you can rest assured that the moist may just be in the USB port area and hasn’t reached any of the vital components. Blowing warm air into it using a hair dryer will fix the problem, or you can have a technician take a look at it.

Q: “Got my phone a week ago. When I charge it at my work, the screen flashes every 10 seconds or so, don’t have the issue when I charge the phone at with my charger at home.  Both chargers are relatively old.  Is it a charger issue or something else.  Didn’t have any issues with my S3 mini used before this.”

A: Since it occurs only when the phone is charged using that charger at your office, it’s obvious it’s a charger problem, isn’t it? The thing is, we don’t know exactly what kind of charger it is but and how much current it provides so we really can’t figure out what’s wrong with it. But if I may ask, why aren’t you using the charger that came with your phone?

Q: “First it would freeze so I plugged it in went to sleep and when I woke up it was fine. Then less than a day later it happened again only it wouldn’t go away so I went to sleep (again plugging it in, but it never showed any signs of charging). When I woke up it was just a black screen so I thought it had foxed itself again but when I hit a button nothing happened. It remained black, I didn’t hear any notifications, no ringtone signaling when I was calling it, and the notification light wasn’t blinking either. I tried holding in the power button and the down volume key but to no avail. This phone is maybe 2 weeks old.”

A: First off, I assume your phone didn’t suffer any sort of water or physical damage because if it did, there’s no point in troubleshooting. With that being said, the symptoms of the problem you mentioned are all pointing to one simple issue–system crash.

I understand you already tried doing the Forced Reboot procedure to no avail but I have a feeling you’re doing it wrong. You said that you tried “holding the Power and the Volume down” keys together. There’s a little problem there and allow me to explain briefly what it is.

So, to fix this problem, do the forced reboot procedure once again but this time do it like this; press and hold the Volume Down key and then press and hold the Power key. Keep them pressed for 10 seconds or until the phone restarts.

Q: “My Samsung Galaxy S7 won’t start up. It’s stuck on the Samsung screen with the blue led light and the 2 bottom buttons light on. I have tried resetting and restarting and nothing seems to work.”

A: How could you possibly try to reset a phone that won’t even boot up? You know, we’re always willing to help out our readers but you don’t possibly expect us to provide a solution to a problem if there’s not much information for us to base our troubleshooting procedures.

In your case, what happened to the phone before this problem started? Was there an update? Did the phone freeze, lag or reboot on its own? Did it fell or submerged in water?

But hey, try to press and hold the Volume Down and Power keys together for 10 seconds and see if it reboots. If not, then let a technician check it for you.

Q: “I received the phone a few days ago and was installing apps on it the battery needed charging so I put the device onto charge. At first everything was alright the phone displayed the lightning bolt sign to show that it was charging.

After an hour I went to check on phone the lightning bolt sign was still there but it instead of charging up it was charging down. I specifically remember it was at 20% when I first left it to charge but when I went to check on it, it had gone down to 14% this still continued when I tried to use different plugs and when I tried using it through the laptop the phone eventually went down to 0% charge and has now turned off the phone won’t turn on now and nor will it register any charge.”

A: It’s a brand new phone and it should work without a hitch. I think the problem is already with it since day 1 so there’s no point in troubleshooting a device that came out of the box damaged. You should negotiate a replacement while you still can receive a brand new unit in exchange of that defective one.