We have received quite a lot of requests for assistance from our readers since  the Nougat update was rolled out for the Samsung Galaxy S7 Edge. Among the messages we received were asking how to get the phone work again as it was stuck on the Verizon screen shortly after updating it to Nougat. In other words, the Galaxy S7 Edge cannot continue booting up into the home screen as it can’t get past the Verizon screen. 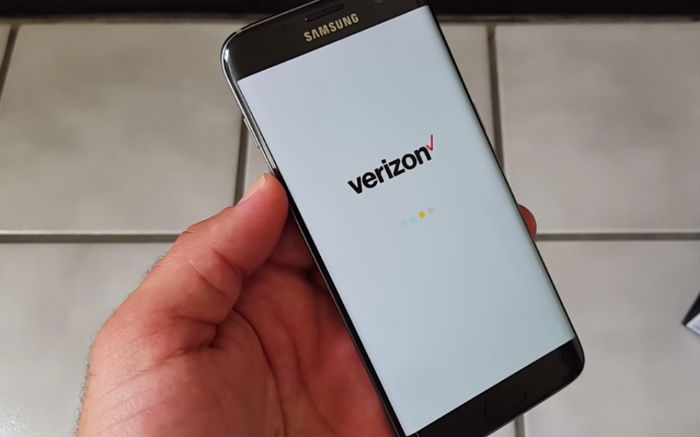 So, we will tackle this kind of problem in this article with the S7 Edge being the subject of our troubleshooting. We will consider every possibility and rule them out one by one until we can get to the point where it’s easy to pinpoint the culprit. Of course, we will consider the fact that the problem started after the update and that the phone was working fine before that. So, if you own this phone, recently updated it to Nougat and now won’t continue booting up, then read on as this post may be able to help you fix the problem.

“Hi guys! I have a Galaxy S7 Edge with Verizon. I upgraded from Galaxy S5 to S7 Edge last year so this phone has been with me for more than a year already and it’s the first time I’ve encountered this problem. One day, my phone just turned itself off and won’t turn back on so I left it charging overnight even though it didn’t respond when I plugged it in. In the morning, it turned on but could not continue booting up to the home screen as it is stuck on the Verizon screen. Tried rebooting many times but the same thing happens every single time. There was an update that I downloaded since I really don’t have an option not to, I think that’s the root cause of all this. Not sure what to do but I think I will bring it back to the store, have the tech check it for me. But if you guys can provide some tips on how to bring my phone back to life, that would be great. Thanks a lot!”

Step 1: Delete old system caches as some of them may be corrupt and obsolete

There was an update so caches created by the previous firmware become obsolete automatically, then there’s the possibility that some of them got corrupted during the update. Therefore, the first thing we have to do is delete all of them so that the new firmware can create its caches that are completely compatible with it. Since you don’t have access to individual cache, you have to delete them all at once by booting your phone up in recovery mode and wiping off the cache partition. This is how you do it:

Your phone will take a little more time booting up as it will rebuild delete caches, so wait about 3 to 5 minutes even if it’s stuck on the Verizon screen again. After such time, if it still won’t continue booting up, then move on to the next step.

Step 2: Try booting up your phone in safe mode

We will now try to rule out the possibility that the cause of the problem is one or some of the third-party apps. These apps are ones you downloaded from the Play Store or those you sideloaded. There’s always a chance that some of them are no longer compatible with Android Nougat especially if their developers haven’t rolled out updates yet. So, in this section, you will try to boot your phone in safe mode to see if it can, here’s how…

Assuming your phone has successfully booted up in this mode, it’s confirmed that one or some of the third-party apps is causing the problem. So, in this case, move on to the next step. However, if the phone still cannot boot up in safe mode, skip to step 4.

Step 3: Find, reset and uninstall apps that are causing the problem

It’s a challenging task especially if you’ve already installed hundreds of apps to your phone. But don’t worry, there’s always a way.

Make sure you’re connected to a Wi-Fi network that is stable before updating all your apps. After this procedure, attempt to boot your phone in normal mode to see if it can. If it’s still stuck on the Verizon screen, then the problem wasn’t fixed.

It’s now time to trust your instincts and try to find apps that might have something to do with the problem. You must begin your search from apps you installed prior to the problem. If you’ve already an app in mind, clear its cache and data to reset it…

After resetting an app, try to boot in normal mode to know if the problem is fixed but if it’s still stuck on Verizon screen, then you have to uninstall each app you reset.

I understand this is a lot of work so if you think backing up your data and files and resetting your phone is a lot easier and quicker to do, then it’s your call to reset your phone. Just make sure you backup every single file you don’t want to lose, then follow these steps to Factory reset your Galaxy S7 Edge…

Step 4: Reboot your phone in Recovery mode and do the Master Reset

If all of the steps above failed to fix the problem or if  your phone cannot boot up in Safe mode successfully, then you have no other choice but to reset your phone. But you should know all your files and data in your phone’s internal storage will be deleted and there’s no way you can retrieve them. But if you have a backup in the cloud, then you shouldn’t worry too much.

Step 5: Bring the phone back to the store and have a tech take a look at it

“My phone is a Galaxy S7 Edge. I bought it brand new in April so it’s barely a month with me but now it seems like it’s gone crazy. When I press the power button, it turns on, shows the S7 Edge and Samsung logo, shows the Verizon screen and then turns off, then turns back on only to reach the same screen before turning off again. It’s a loop and I don’t know how to break it. Can you help me please?”

Troubleshooting: That’s correct it’s a boot loop; the phone seems to turn on when you press the Power key but then at a certain point it turns off then turns back on again. We have to look into some possibilities why this phone is doing this…

Step 1: Verify the Power key is not stuck or damaged

One of the reasons why the phone enters the boot loop is when the power key is stuck or damaged that it left the circuit closed that’s why it would seem like the power key is always pressed.

To verify if it’s stuck or damaged, press it many times. If it’s just stuck, then doing so will surely fix the problem. If you also have a third-party case, remove it as it might be the reason why the power key got stuck..

Every time you press the power key, be keen in observing it to know if it still snaps. If it doesn’t, then it might already be damaged. You need a technician to take care of this problem if such is the case.

Luckily though, replacing the power switch is easy to do (for a tech, of course) and cheap.

However, if the power key is neither stuck nor damaged, then move on to the next step.

Step 2: Attempt to boot your phone in safe mode

Just like in the first problem, we would want to know if third-party elements have something to do with it and booting the phone in safe mode will isolate the problem immediately. So, try starting your phone up in its diagnostic state to see if the it can…

If successful, then follow step 3 in the first problem, otherwise, move on to the next step.

Step 3: Attempt to start your phone up in Recovery mode

I’m not sure if the the problem started after an update or if there was an update at all but at this point, you should try to boot your up in Recovery mode. If successful, try wiping the cache partition to delete all possible corrupt system caches. You may also consider resetting your phone as it might have something to do with some of the system files, data or even incorrect settings. Doing so will bring the phone back to its factory default settings. To reset the phone, follow the steps in the first problem.