What’s it like using the #Samsung #Galaxy #S6 two years after its initial release? It’s still a great phone actually and with the release of Android Nougat to this model it has become a better phone compared to when it was first released. It can still compete and can sometimes outperform some of the latest smartphones today thanks to its hardware and software combination. Although a lot of people are using this phone as their reliable daily driver there are instances when certain issues can occur which we will be addressing today. In this latest installment of our troubleshooting series we will tackle the Galaxy S6 not turning on with Red LED light issue & other related problems. 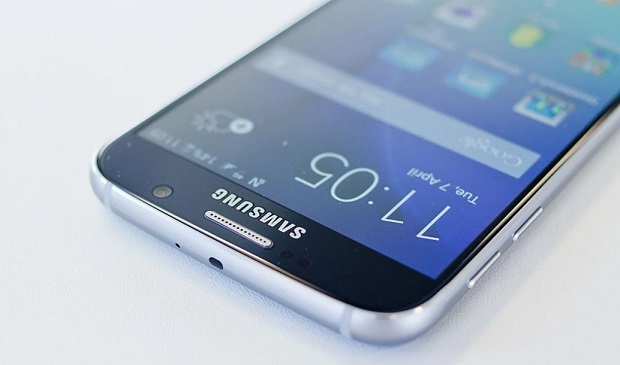 S6 Not Turning On With Red LED Light

Problem: Hi! My android was sitting in a desk drawer for a few hours today and when i pulled it out the screen wouldn’t turn on and the red LED was permanently stuck on. I tried to restart it by holding down the buttons in different orders, which i found online. Just wondering if there was something specific i could try?

Solution: When the red LED light of your phone emits a constant glow then this means that the phone is charging. If you haven’t connected the charger to the phone and this is happening then it’s likely that this could be caused by a software glitch or a faulty hardware component. Listed below are the recommended troubleshooting steps that you need to perform for this particular case. After performing a step and the issue remains then proceed to the next step.

If the above steps fails to fix the problem then this could already be caused by a faulty hardware component. You will then need to bring the phone to a service center and have it checked.

S6 Gets Hot When Charging Not Booting Up

Problem: hi wondering whether you could help me my wife has a samsung s6 phone. the problem with the phone is when on charge or when using the phone, the phone gets very hot. now the phone won’t boot up at all. I’ve tried rebooting it but with no go , all so tried the os systems but that does not work at all. Can You Help. thanks

Solution: If your phone gets hot when it is being used or charged then it’s very likely that the problem is caused by a faulty hardware component, possibly the battery. Before bringing the phone to a service center for checking you should perform the recommended troubleshooting steps for this particular issue which are listed below.

If the above steps don’t work then you should bring the phone to a service center and have it checked.

S6 Not Turning On

Problem: Thank you so much for your service!! My s6 can’t turn on.. i’ve tried all ways as seen online to turn it on like hold the power button, holding power button with down volume key.. and with home button key.. nothing works.. it won’t budge. i went to the Samsung help centre and they just tried turning it on and concluded that i would need to repair my phone for $300+ and all the things inside would disappear.. that’s just exploiting man.. May i know what i can do? I want whatever is inside my phone. Thanks.

Solution: Right now what you can do is very limited since you won’t be able to open the phone yourself. You can try cleaning the charging port of the phone first then charge the device for at least 20 minutes using a different charging cord and wall charger. If you get no response from the phone then the battery might be faulty or the power IC might not be working at all. You will need to bring the phone to a service center that does board level repairs and have your phone checked.

S6 Shuts Off When Not In Use

Problem: My S6 shuts off when not in use. So as long as I’m active on the phone it doesn’t shut off. But whenever I’m not using it, even for a few minutes, whenever I attempt to use it I realise it’s off . It shut off when I had android version 5 and I did the software update to 7 and it still is

Solution: What you will want to do first right now is to check if the problem is caused by some form of software glitch. Perform the troubleshooting steps listed below to pinpoint the exact cause of the problem.

In case the above steps fails to fix the problem then this is most likely a hardware related issue already in which case you will need to bring the phone to a service center and have it checked.

S6 Is Not Charging

Solution: It’s possible that the battery of the phone is already faulty or the problem could be with the charging IC of the phone. The best way to determine the exact cause of this problem is to bring the phone to a service center and have it checked.

You should however perform the following troubleshooting steps listed below before bringing in your phone for repair as the problem might be fixed easily.

Problem: Samsung Galaxy S6 touchscreen has become unresponsive after sitting out in the heat. However all other buttons work such as power, home and volume.

Solution: What you should do first in this case is to start the phone in recovery mode then do a factory reset from here. Take note that the reset will erase your phone data. Restart your phone after this then check if the issue still occurs. If it does then it’s very likely that the digitizer of your phone is damaged. I recommend that you have this checked at a service center.